I temporarily fit the headers so that I could route the spark plug wires. I’m using the MSD multi-angle boot spark plug wires so that I can adjust the boots for the best clearance. I’ll do the final tweaking of the boot angles and wire position once the distributor is installed and all of the wires are cut to length. 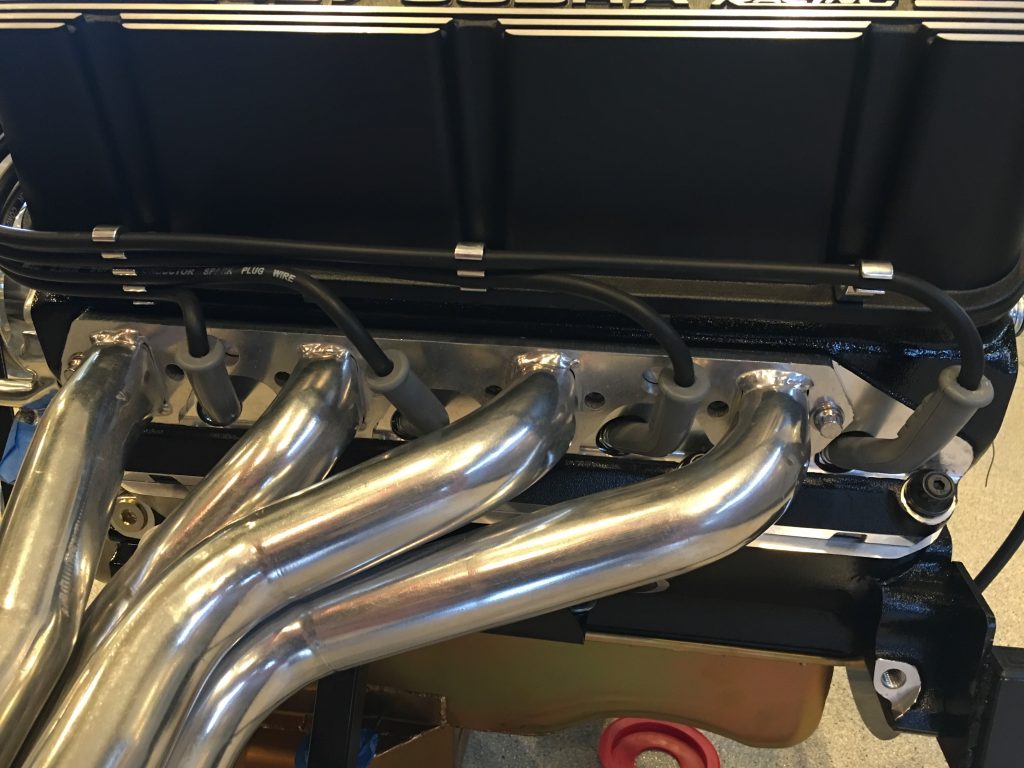 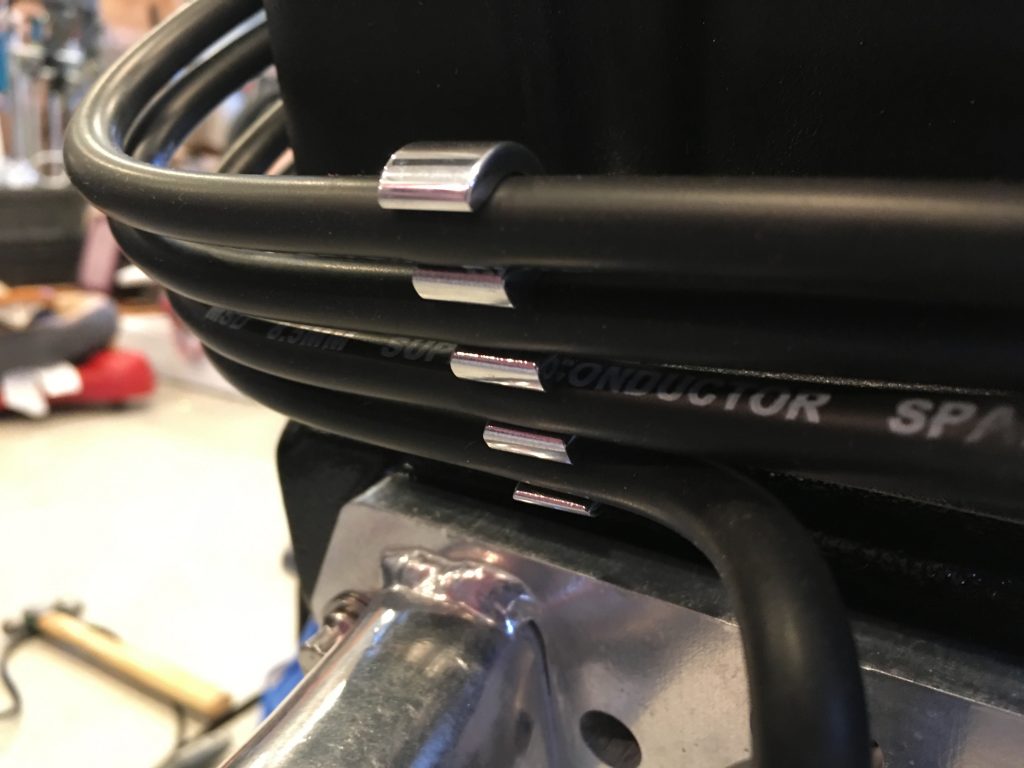 They replace the valve cover bolts and are a solid piece (unlike many of the cheaper wire supports). They’re sold in packs of two with between 1-4 spots for wires. I needed the following: 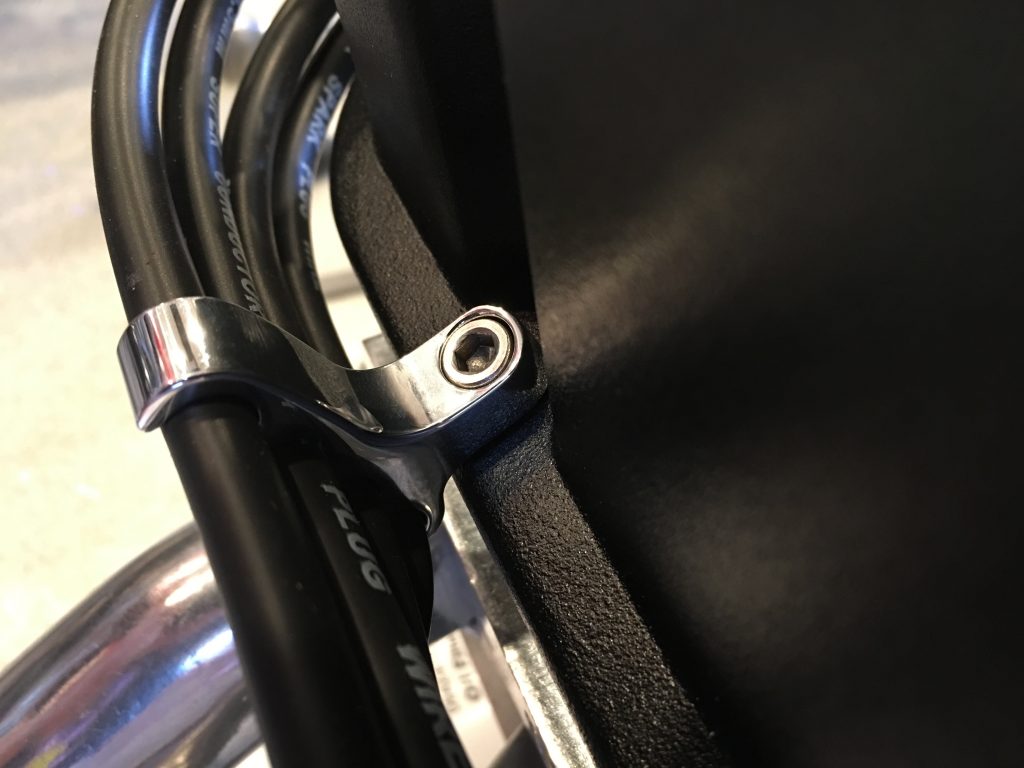 I also further trimmed the ignition coil bracket I made and polished it up before mounting it to the water pump. I needed to order some custom length bolts to mount this since the old bolts were too short. 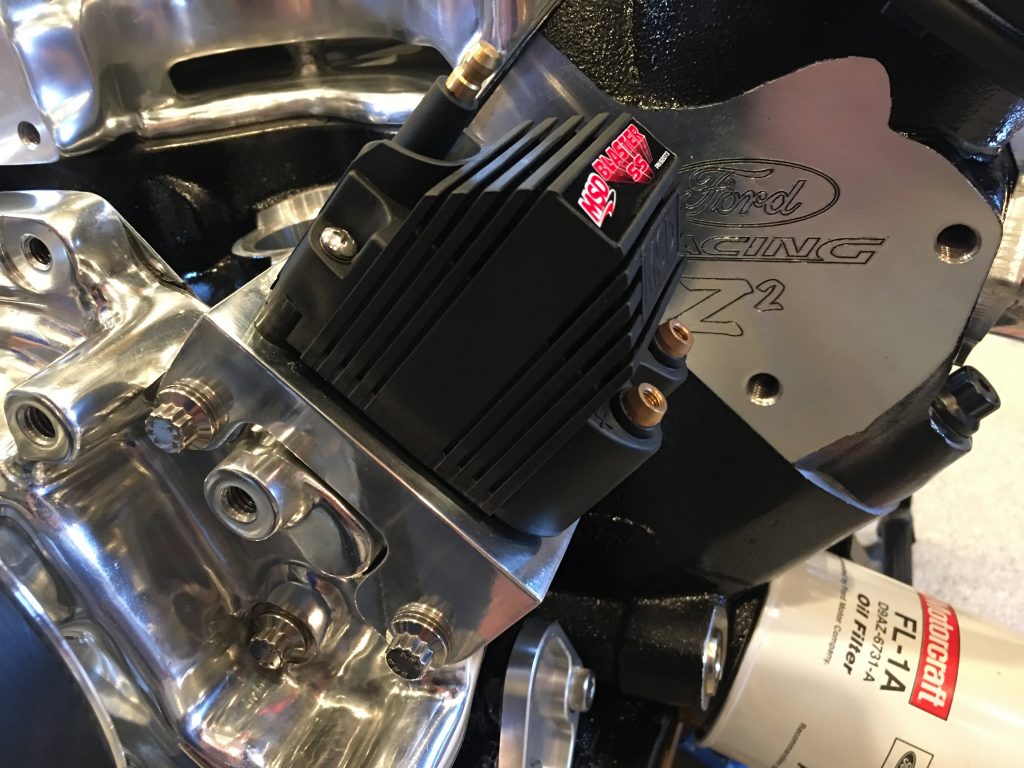 There’s plenty of clearance between the bolts that attach the coil and the top of the water pump. The right most bolt looks like it’s not engaged sufficiently, but the stud is flush with the bottom of the nut. Given the low load on these, that is sufficient. 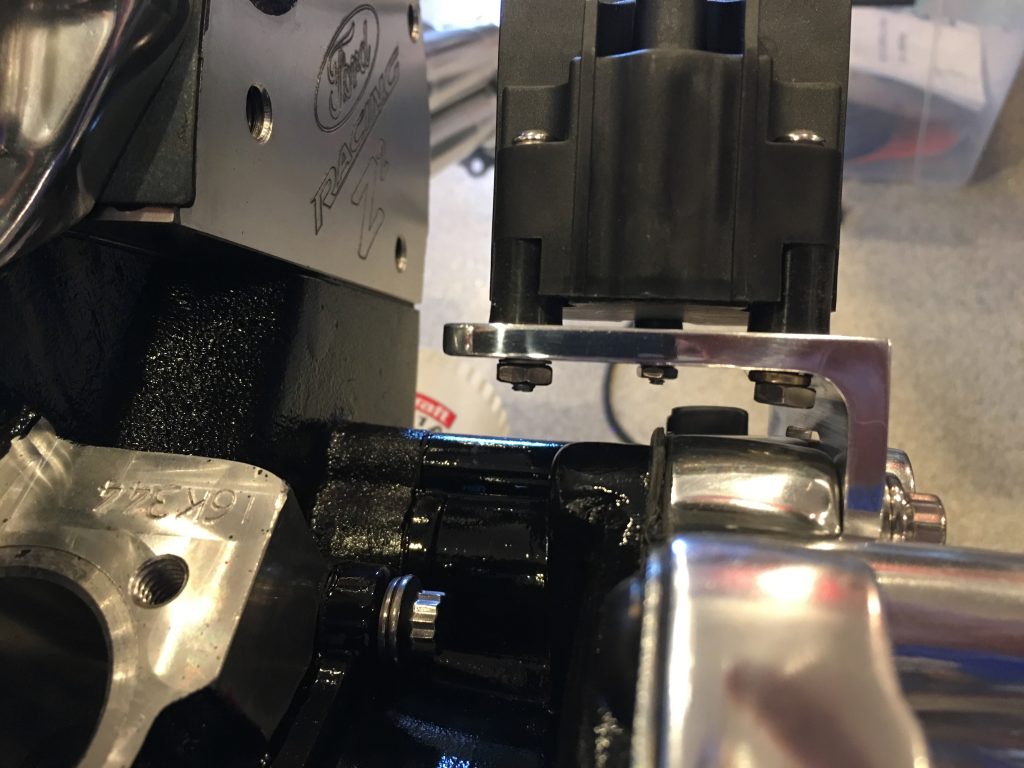 I pulled off the F panel on the left side and welded the brackets on securely. I think the steering linkage is installed for the last time before we drive the car. 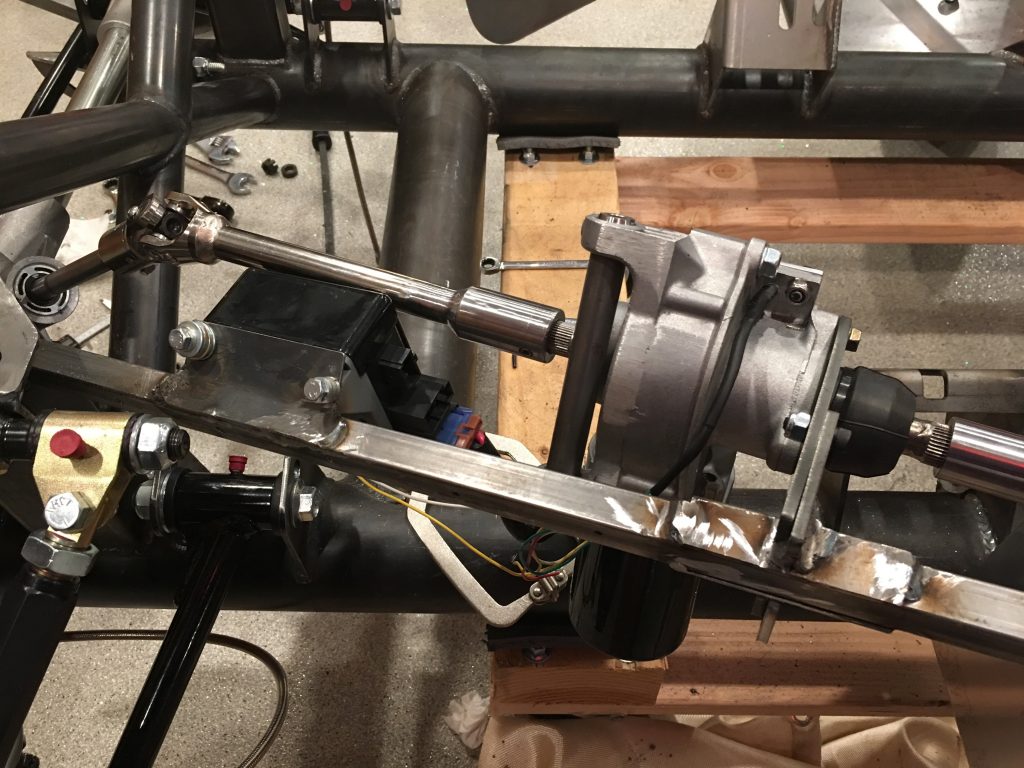