We’re planning on running a FiTech EFI on our engine. The best way to set up an EFI system is an in-tank fuel pump since you really don’t want high-pressure pumps to pull fuel and it’s much easier for an external pump to lose its prime and cause the engine to die. I had planned on using FiTech’s new HyFuel in-tank retrofit pump, but the OEM tank from FFR is not ideal for this pump. The pump needs to mount on a fairly flat spot on the tank, but you really want the pickup to sit in the baffled part of the tank. Unfortunately, the baffle is pretty small in this tank and there is no flat spot above the baffle that will work without extensive modification to the tank. 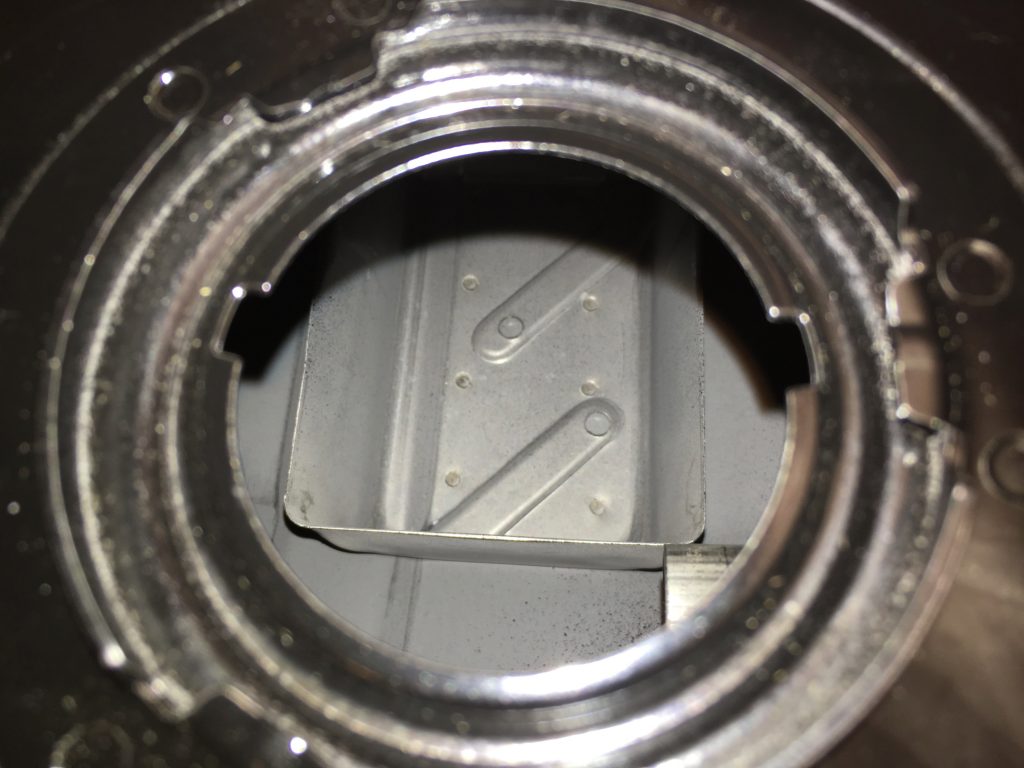 After a bit of research, I’ve decided to ditch the OEM tank and I’ve ordered a Boyd Welding aluminum tank with built-in Aeromotive 340 Stealth pump. This pump will work fine with the FiTech EFI unit and is already installed for less than it would cost to buy the pump separately. 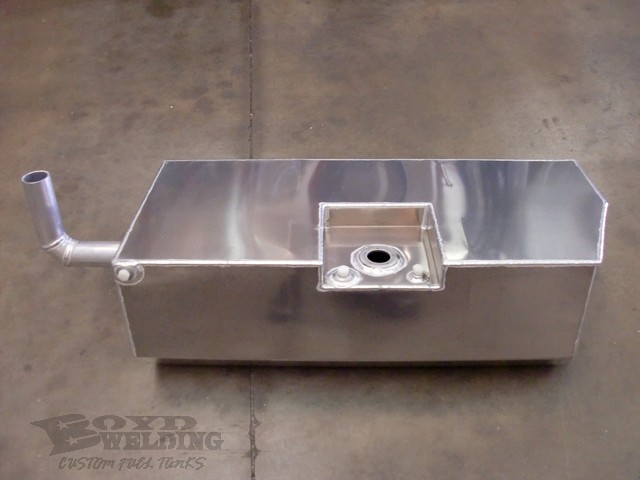 I got back to wrapping up the steering linkage. Unfortunately, I realized that I installed the steering arms upside down way back when I assembled the front spindles. Even more unfortunately, they can’t be removed without completely removing the spindle from the control arms. I purchased a ball joint separator and removed the spindles. Since I had them apart, I went ahead and swapped the ball joint boots with the ones I purchased from Energy Suspension. 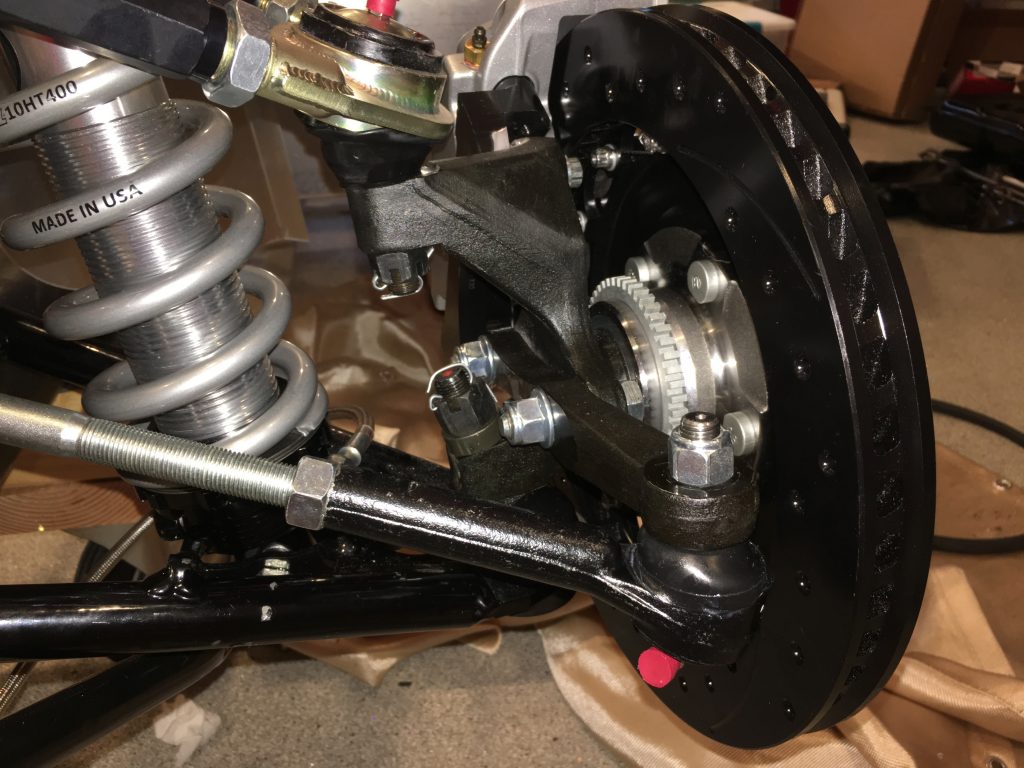 Here’s the lower boot (highly deformed since the suspension is unloaded). 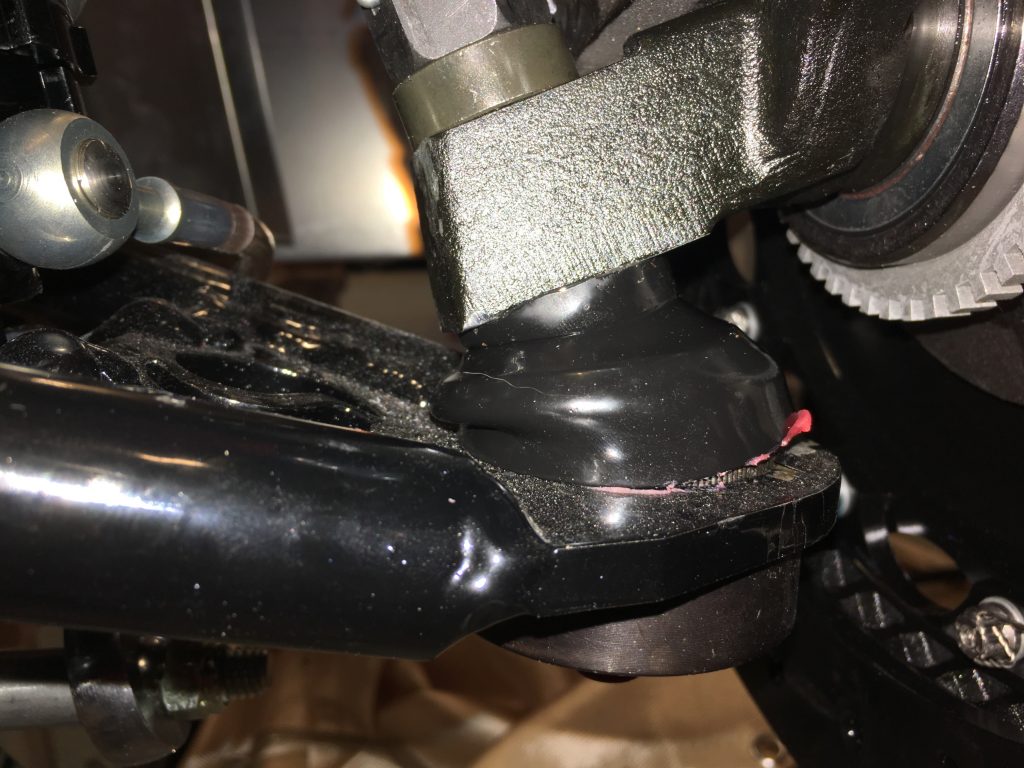 Here’s the upper boot (also fairly deformed). These are made from polyurethane and are quite a bit tougher than the ones that came off the ball joints. I’m glad I replaced these since both upper boots had already torn from the pressure on them when the suspension is unloaded. 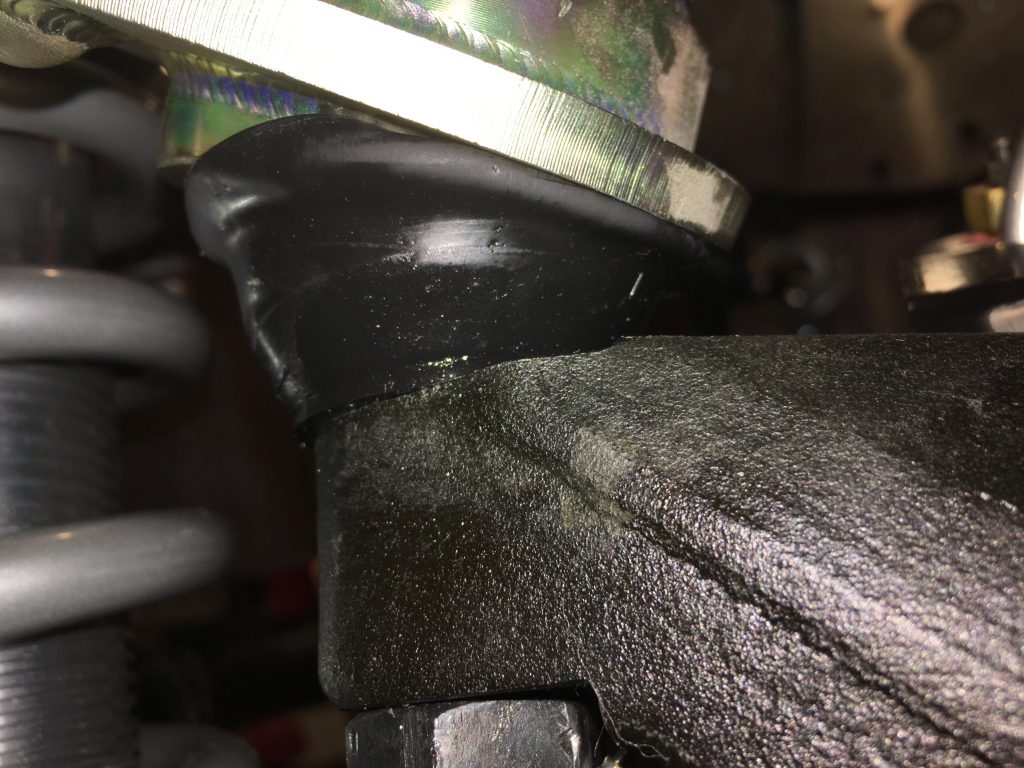 I adjusted the length of the tie rods until the wheels are roughly aligned. This is probably as close as I can get this until the car is sitting on its tires at roughly the driving weight. 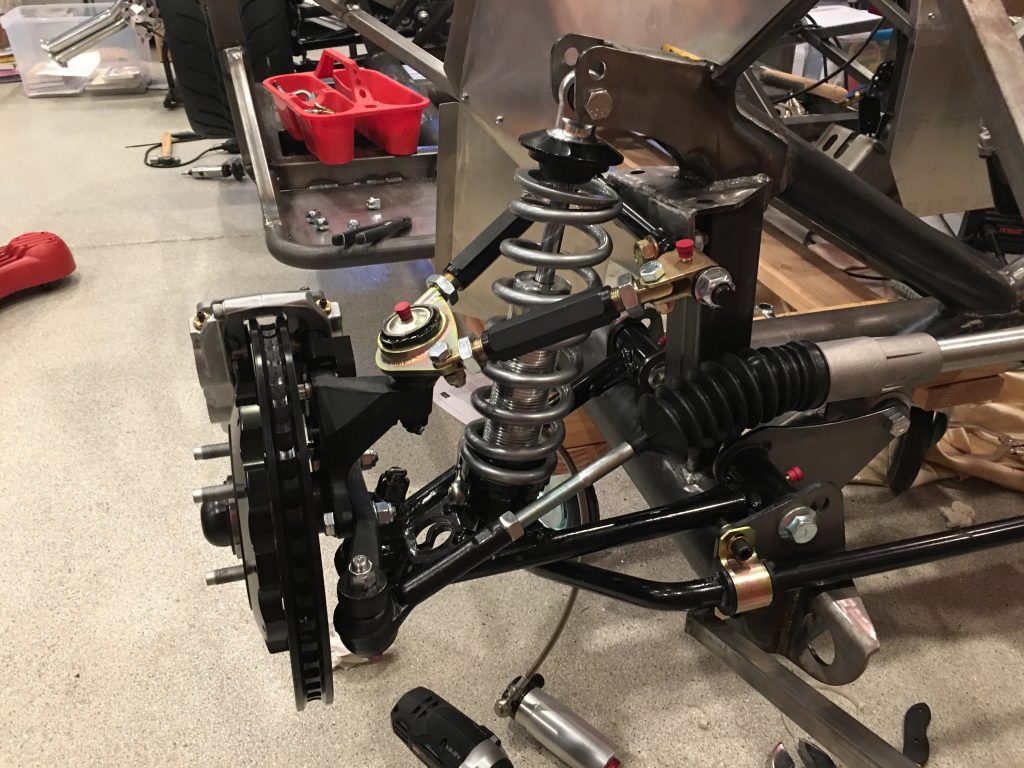