Jenn really wants to move the shifter forward and have a more vertical shift lever for a more traditional feel. We picked up the mid-shift kit from Mike Forte that includes a Pro 5.0 shifter and appropriate mounting plates and hardware. First up is to remove the bolts and forward cover plate. The RTV they used around the edge of the cover plate held it on tenaciously and was a pain to clean off of the flange after removing the cover plate. 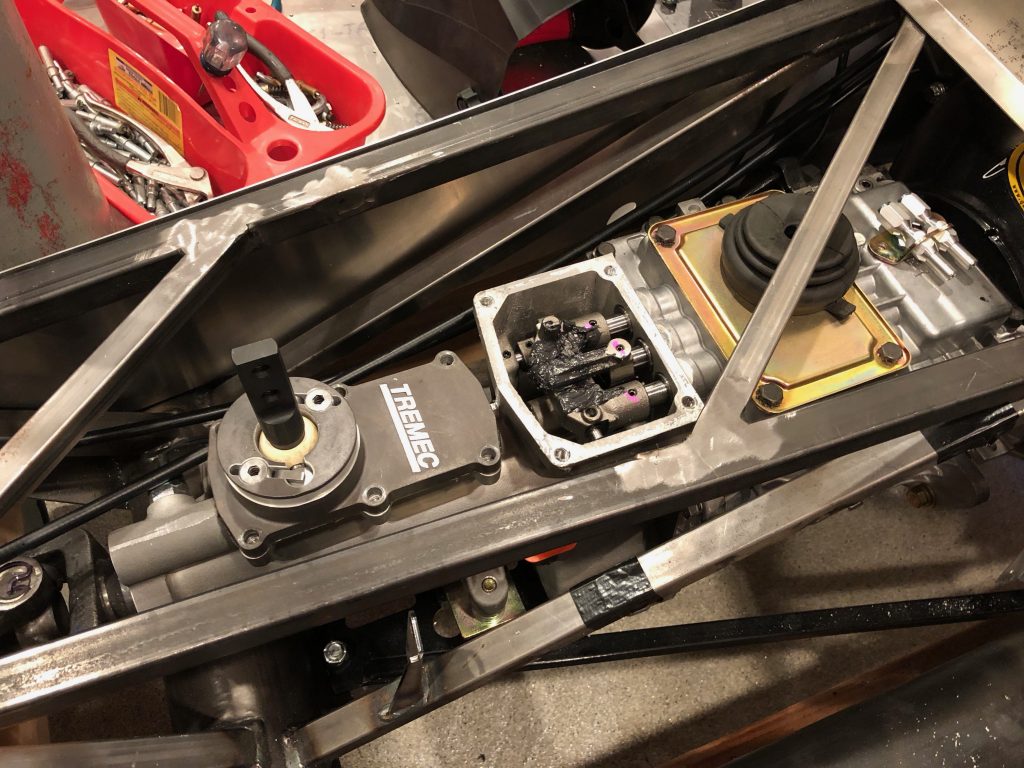 The instructions from Tremec have you knock out the roll pins holding the three shift lugs and just let them fall to the bottom of the aft case. It’s pretty trivial to fish a rag under the lugs to catch the roll pins though. 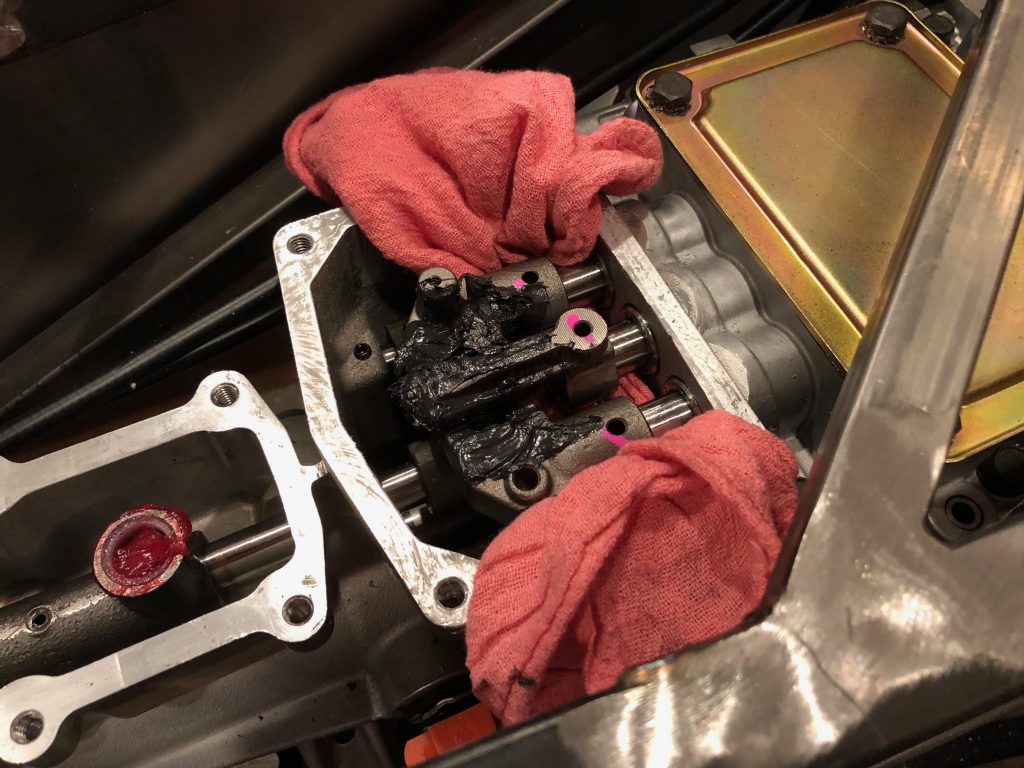 After removing all three roll pins, the lugs can be slid off the shafts pretty easily. 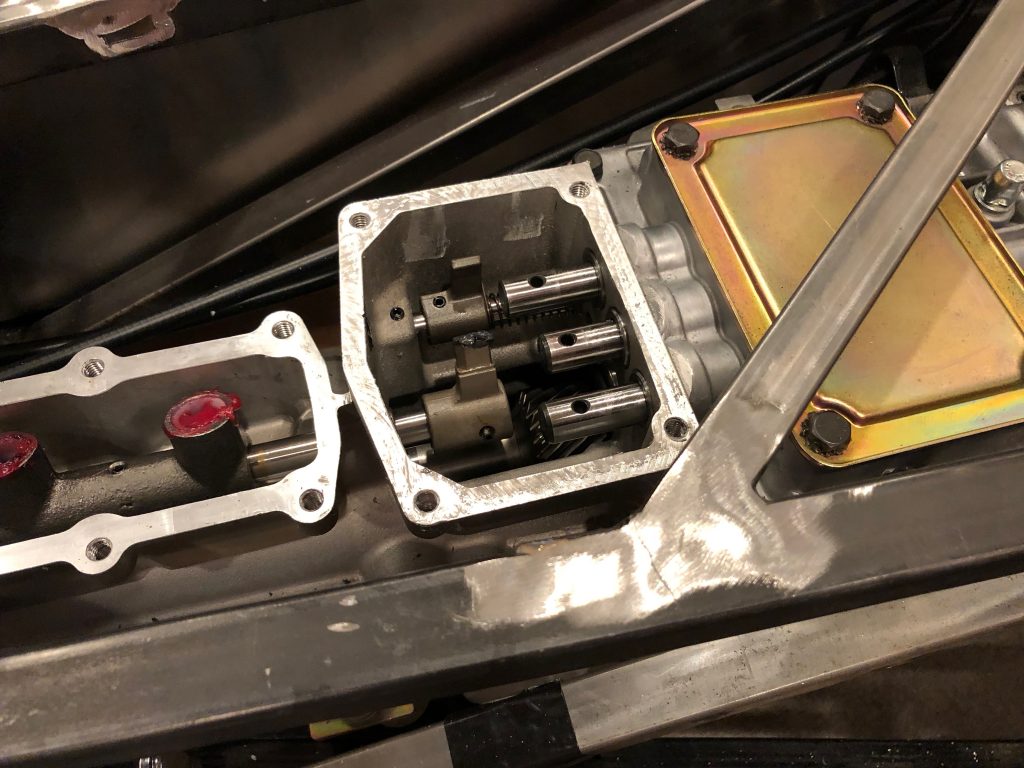 Here are the three lugs. The kit from Mike includes a replacement center lug, but it looks identical to the one I removed. 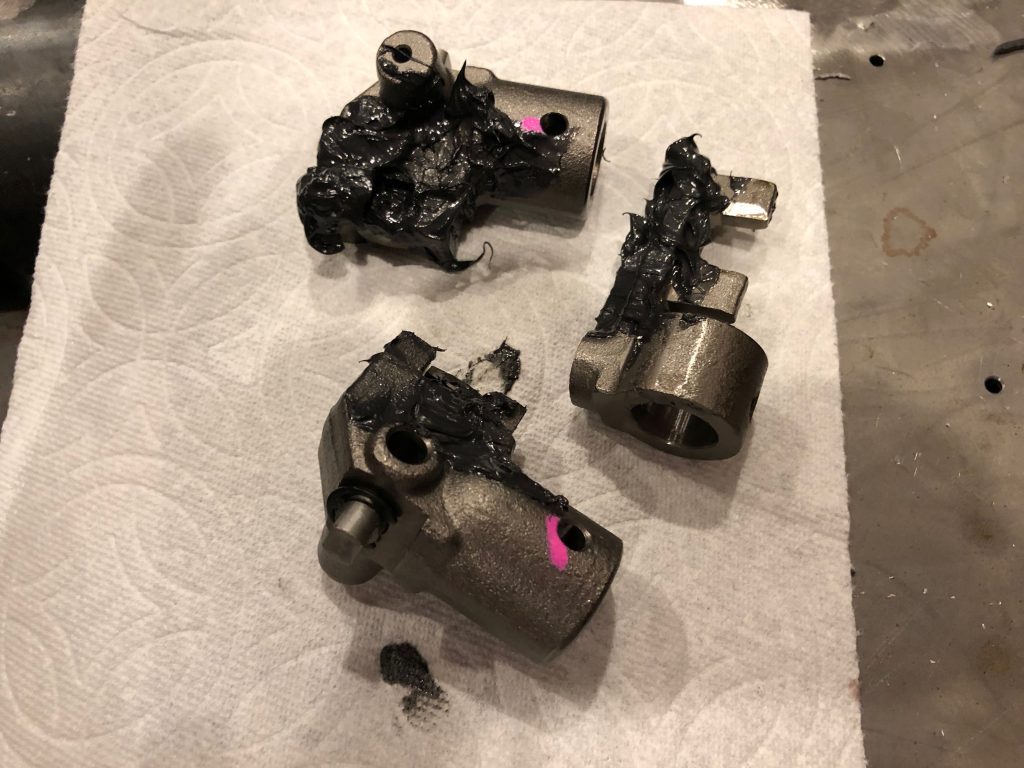 The new center lug is installed upside down so that the opening is facing up, but it can’t be installed until the forward lug on the aft shaft is remove (the one on the right in the picture). Without removing the shaft, it’s a bit of a pain to remove the lug because you can’t get a punch directly aligned with the roll pin. I managed to drive it part way out, but I’ll need to fabricate a slightly angled punch to drive it the rest of the way out.

The reason that Tremec doesn’t care if the roll pins fall to the bottom of the case is that they want you to separate the front and back cases to entirely remove this aft shaft, and it’s pretty easy to retrieve the roll pins if the aft case is removed. That’s not strictly necessary though; once the forward lug is removed, the aft shaft can just float and won’t interfere with the shift lugs. The weight penalty is negligible, and it’s way less work to leave the case halves mated. 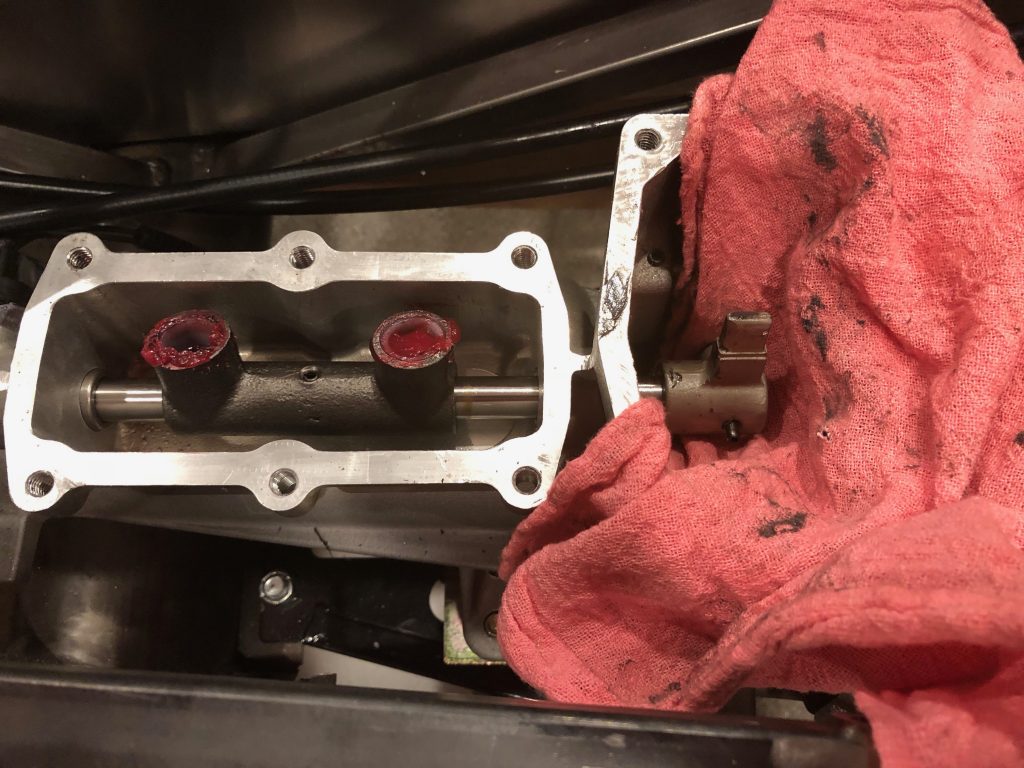