I received an order from Summit Racing with my new coolant overflow tank. Given the volume of coolant in the engine, the consensus on the forums is that the coolant reservoir tank that comes with the kit is too small. This tank from Canton Racing is over twice the volume at 2 qts. It’s also a beautiful piece of work. 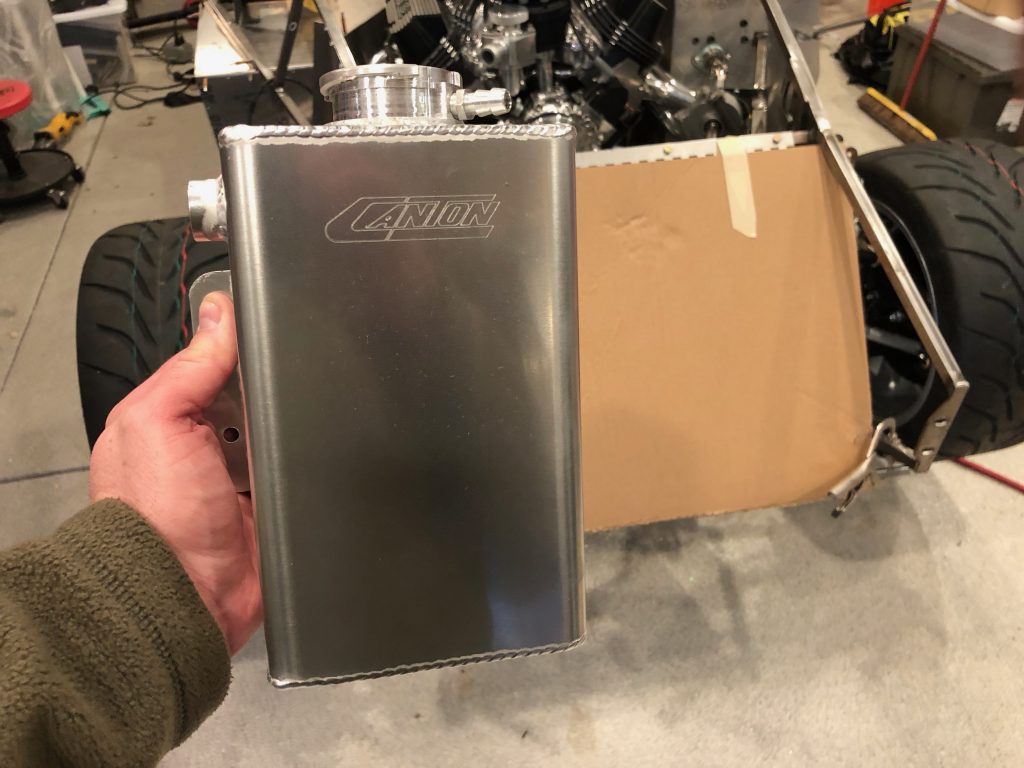 I have been thinking about mounting the reservoir inside the right F-panel. This should clear the upper radiator tube, but I’m concerned that it will interfere with the hood hinge and support strut. 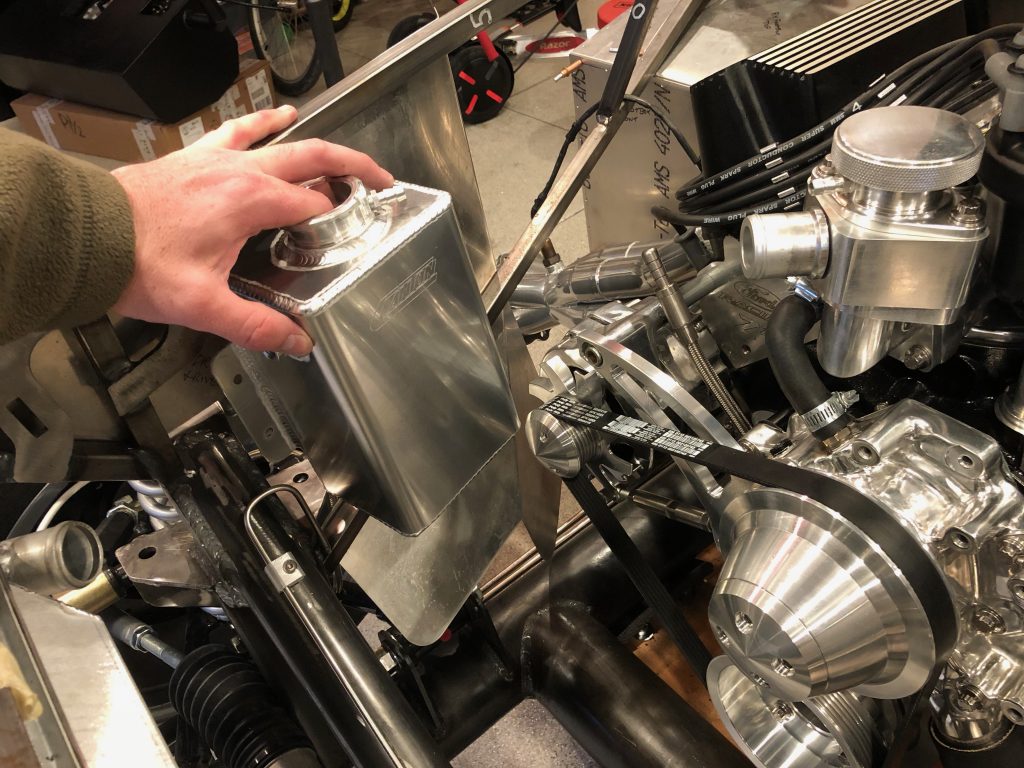 To see whether that is true, I assembled the hood hinges.

These attach to the brackets welded to the chassis just behind the upper radiator support. 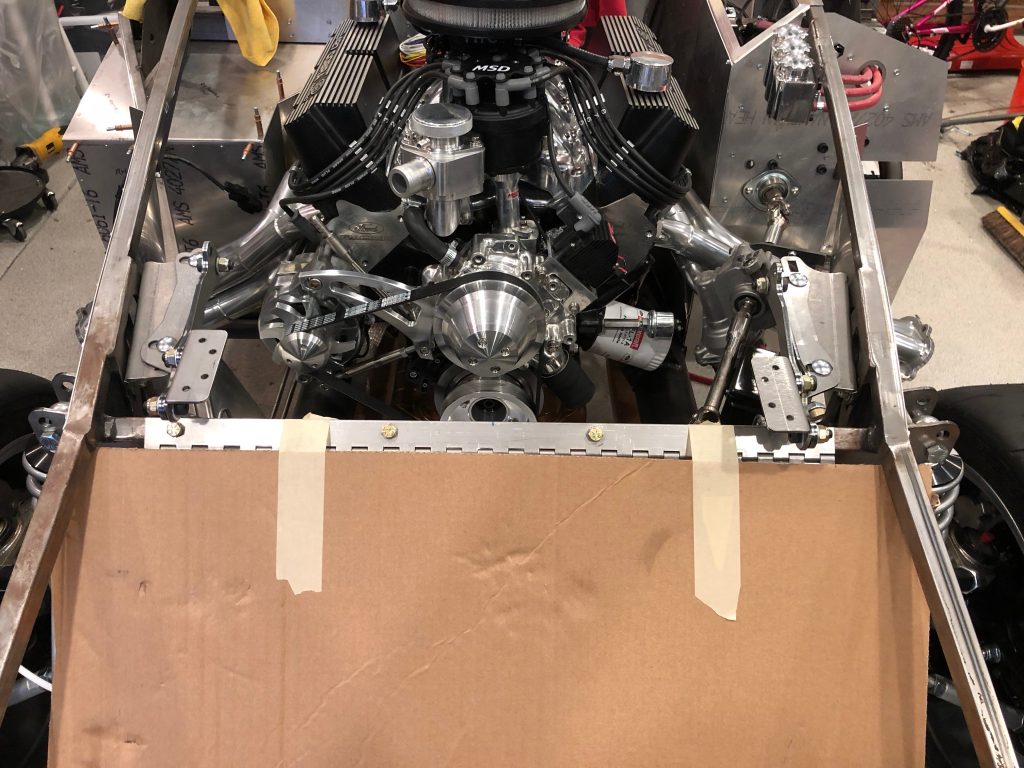 I installed one of the support struts to get a sense of how far back it extends (though it will obviously be compressed when the hood is down). From what I can tell, the aft end of the strut will be roughly level with the upper square tubing. 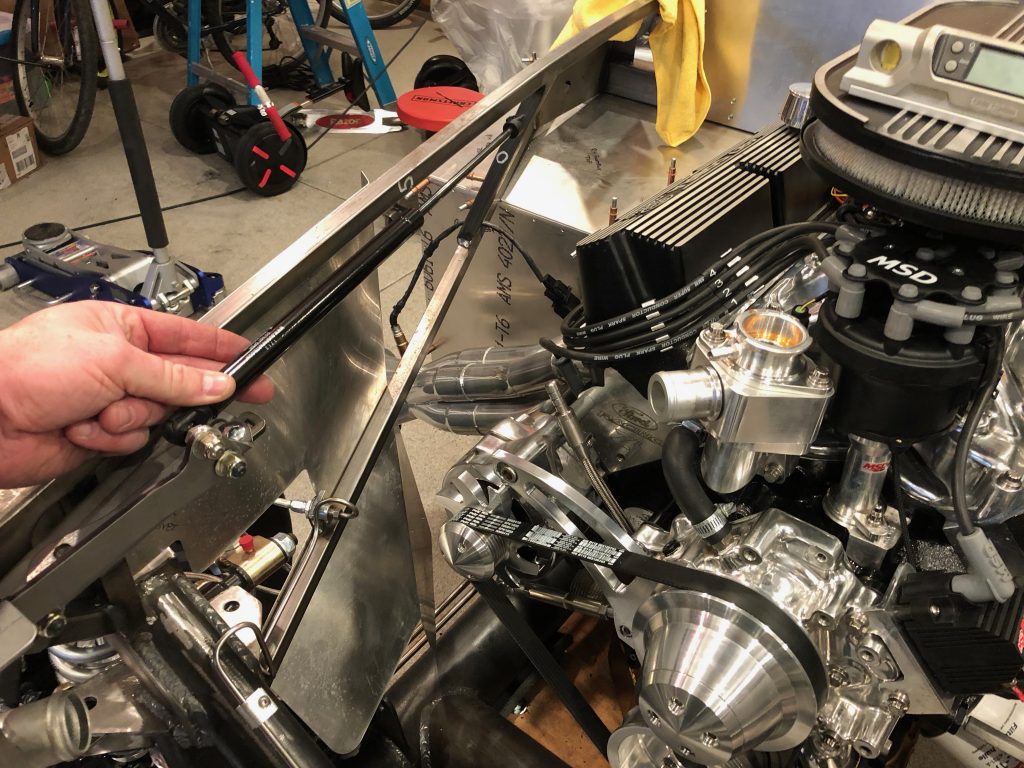 I might be able to install the reservoir inside the right F-panel underneath the support strut, but I’m concerned that the strut will push the reservoir too low. Another option is to mount it behind the radiator. I should be able to get it high enough here, but I’ll have to fabricate a rather complex mounting bracket. 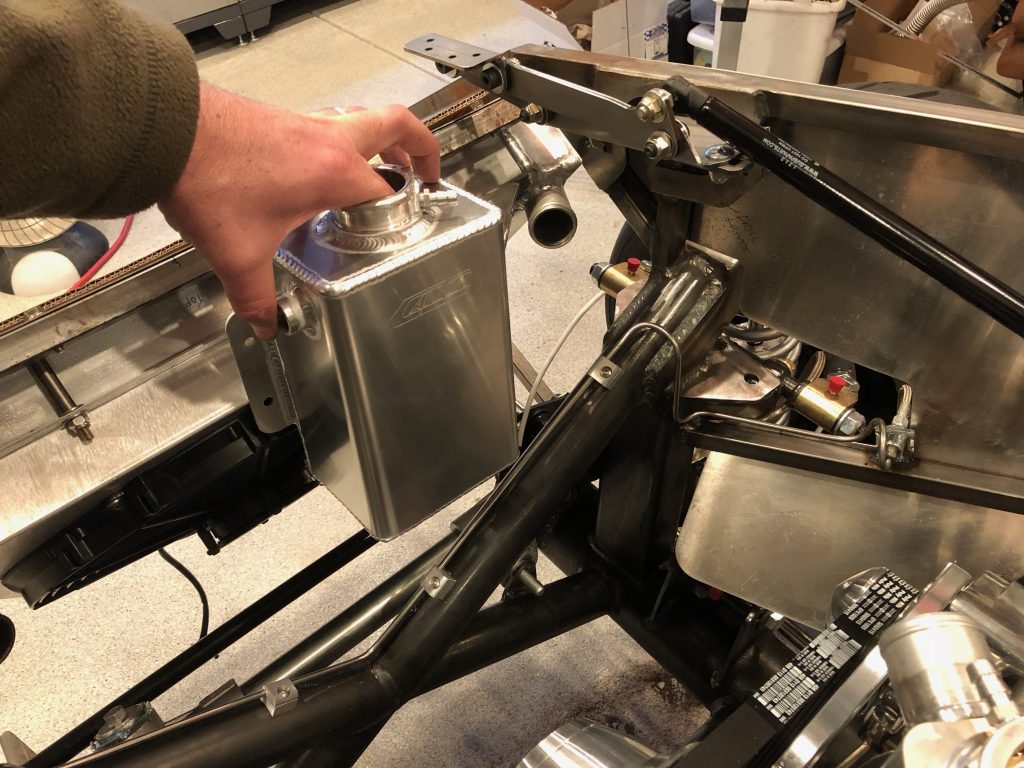 Now that I know that the upper radiator tube will clear the reservoir in either mounting position, I decided to go ahead and install it. 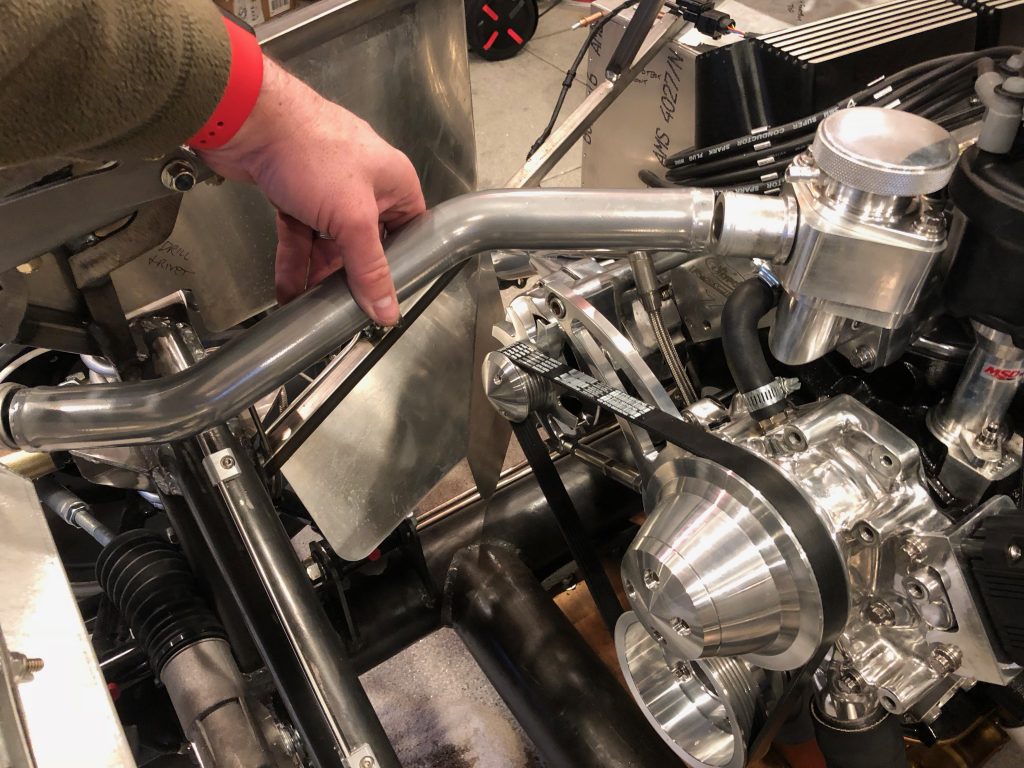 The tube was slightly too long to fit and there is a slight bend at each end. I cut a bevel to create a small gap at the aft end. 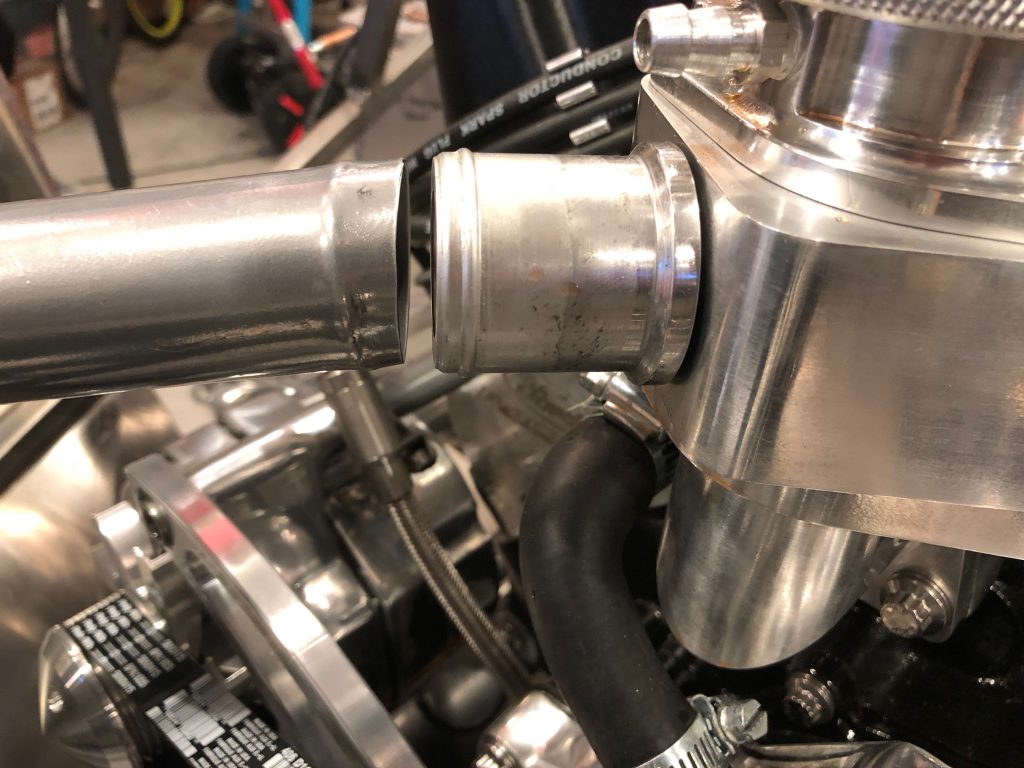 The forward end also needed a slight bevel to create the necessary gap between the tubing and the radiator.

Finally, I installed the upper tube in place and secured the clamps. 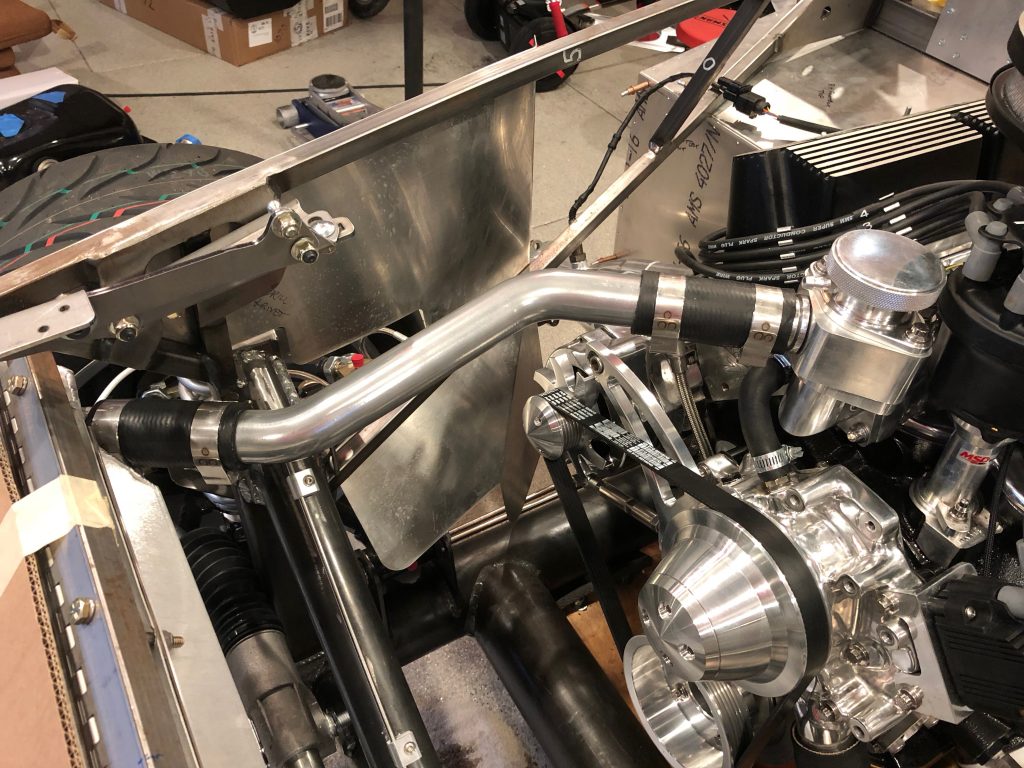 I used some T-bolt clamps to secure the rubber connecting hoses in place. These are so much better than the worm clamps that I was using. 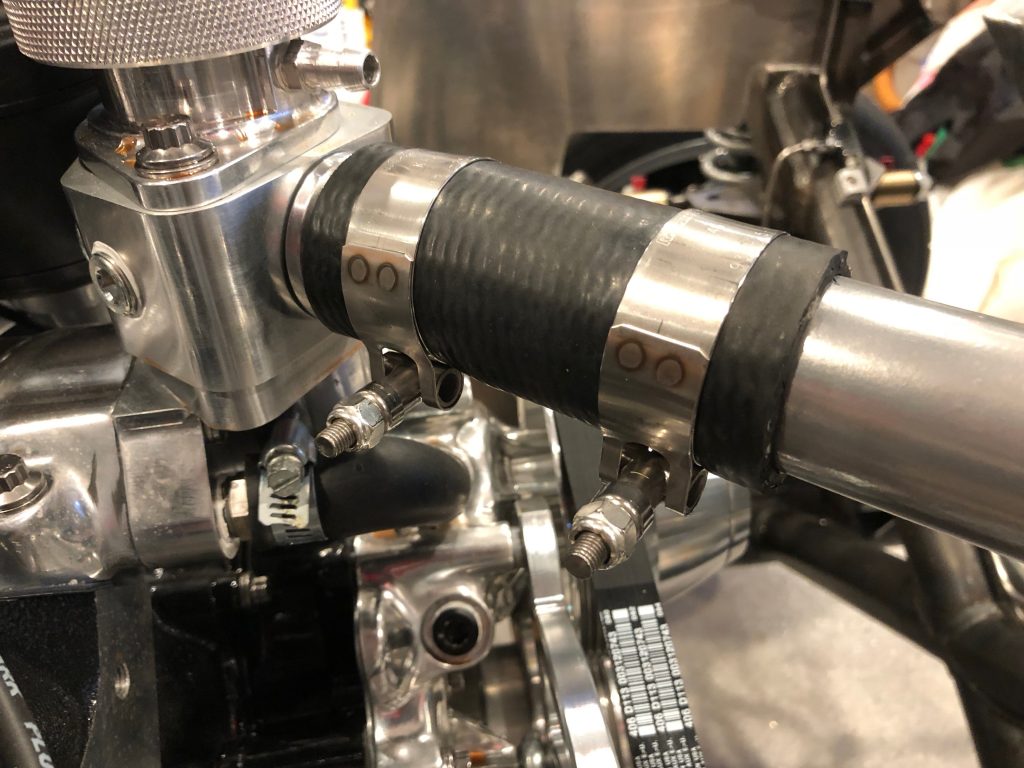 Here’s a shot of the whole vehicle. When you look at it like this, it doesn’t look like there has been much progress in the last few months, but there are a lot of details that are lost at this scale. 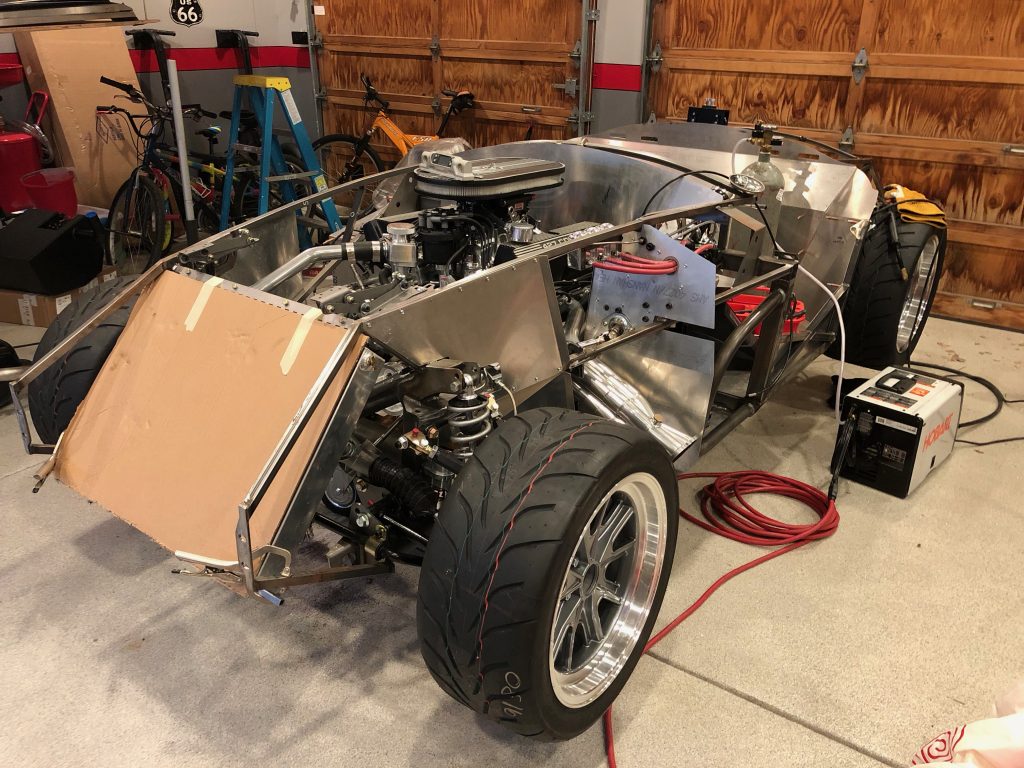