Jenn got started this afternoon installing the hubs on the front spindles. These only required some light tapping to get them on far enough for the nut to be engaged. Tightening the nut allow the hub to be pulled on the rest of the way. 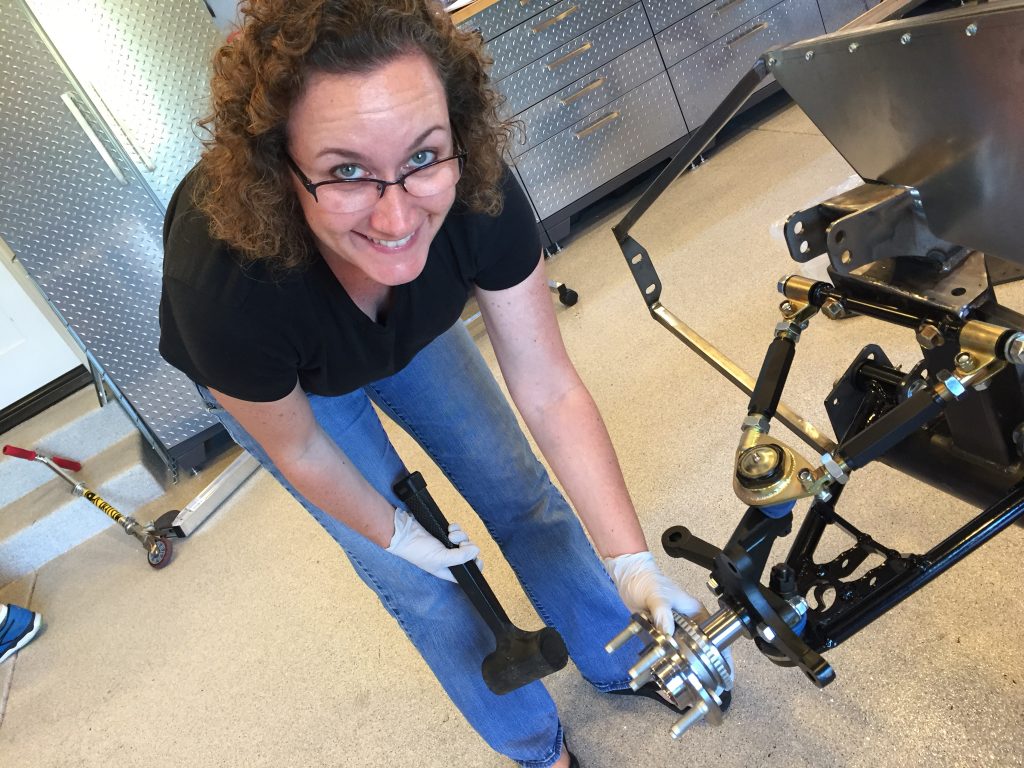 Jenn’s excited to finally get started on the car after a brutal work schedule over the past six months. 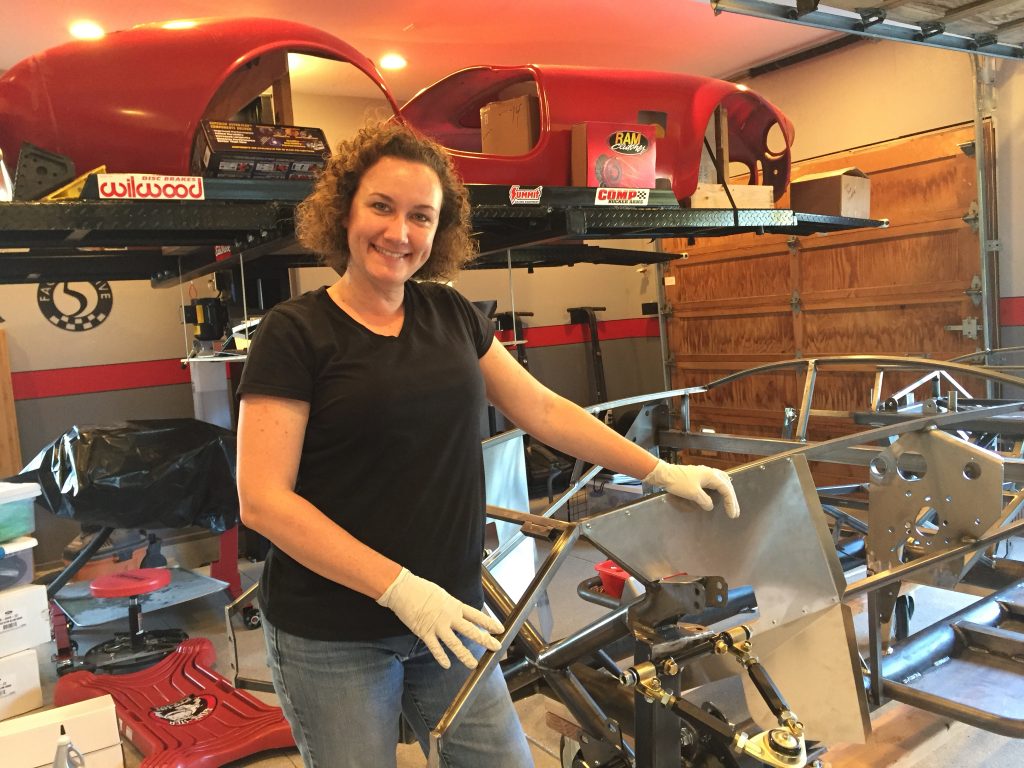 The kids wanted to help, so we had them tighten the axle nuts until they were too tight for them to turn. 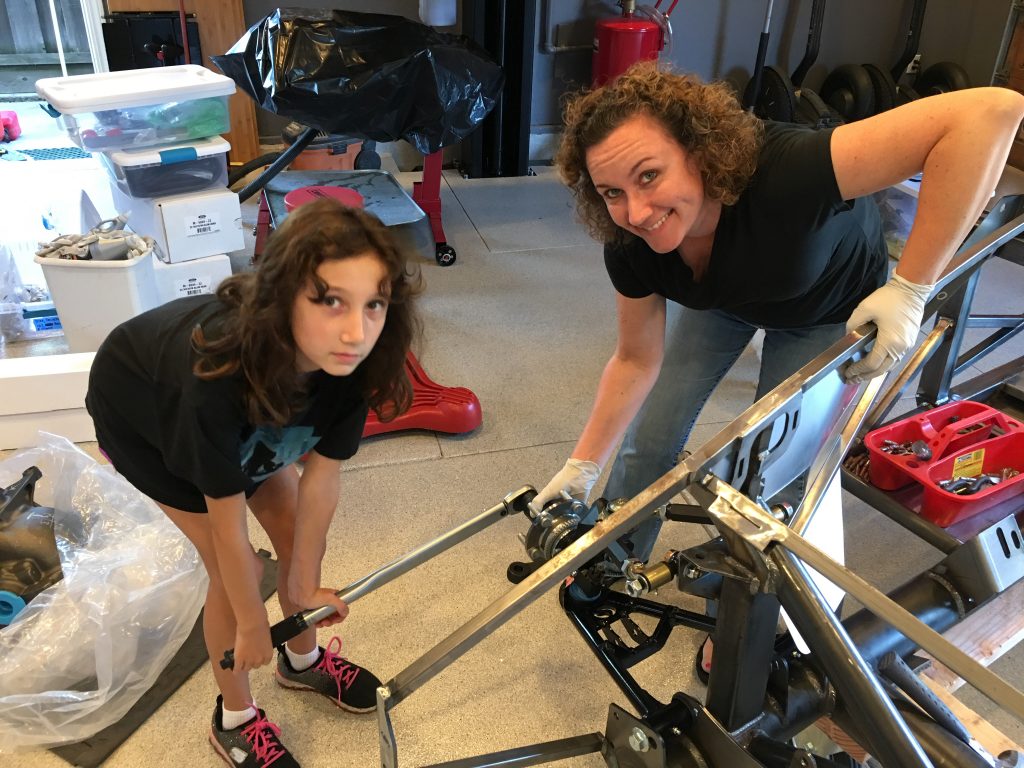 Now that Madeline’s an expert, she can supervise Matthew as he tightens the other axle nut. After the kids took them as far as they could, I torqued them to spec. 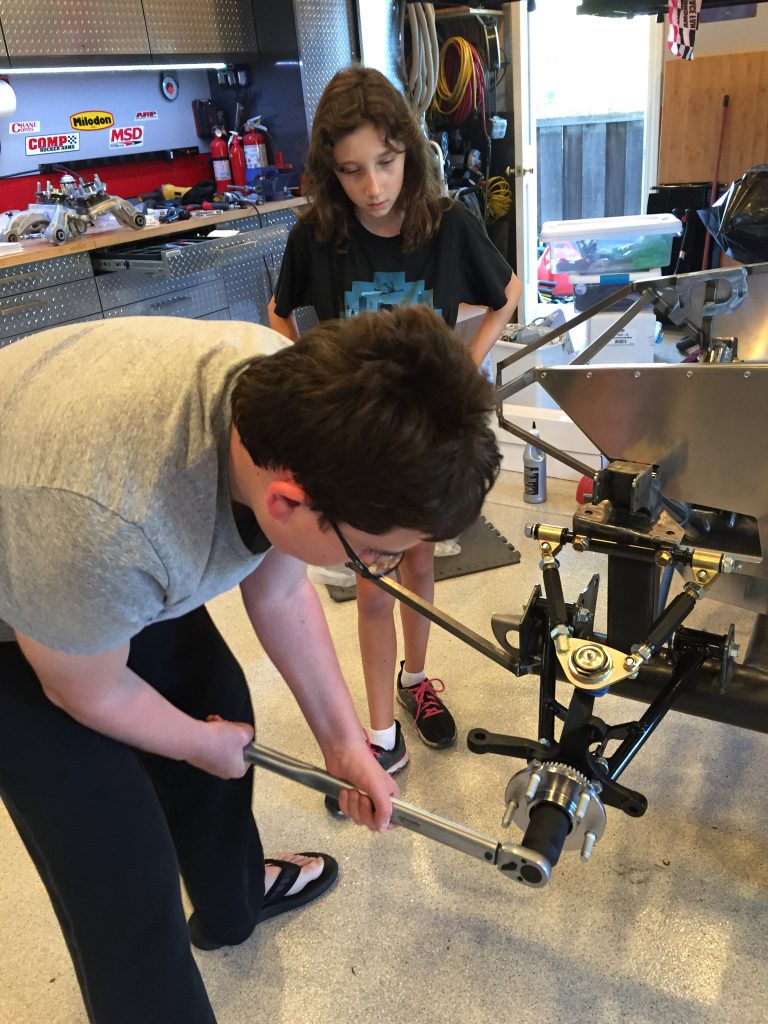 After wrapping up the front hubs, we moved on to installing the differential. Jenn’s tapping the bushings into the front mounting holes. 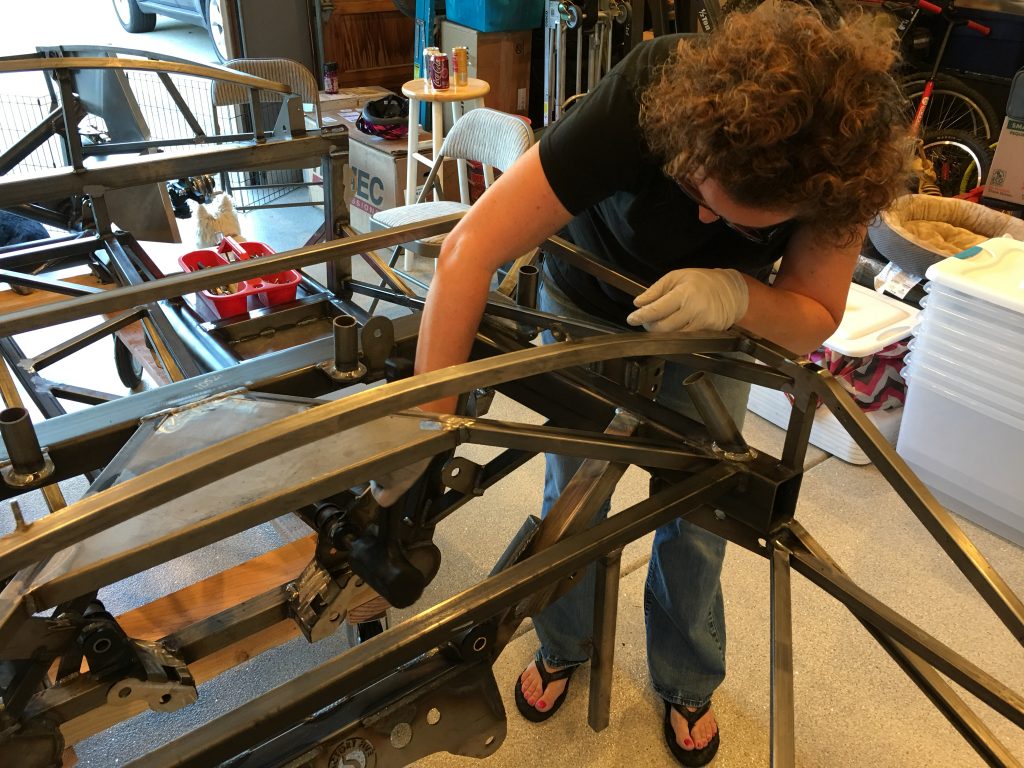 Getting the diff in place wasn’t too painful. We stood it on end and used the floor jack to lift it most of the way into position. I then pivoted the diff horizontal while Jenn started the rear bolts. 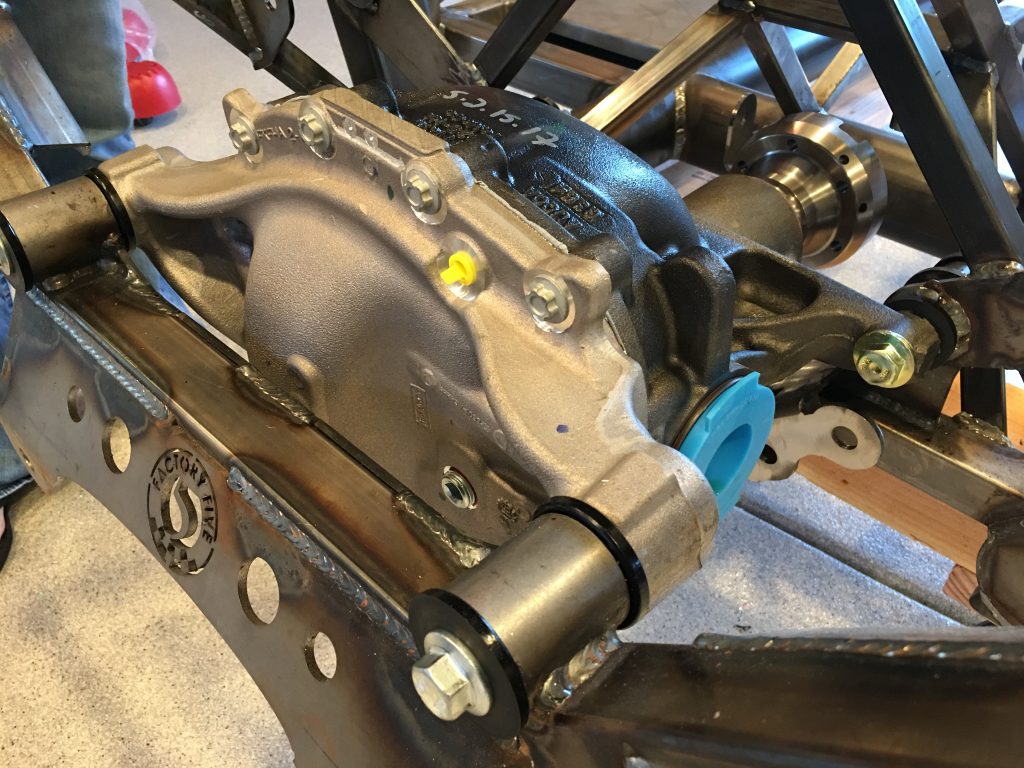 After installing the front bolts, Jenn torqued everything to spec. 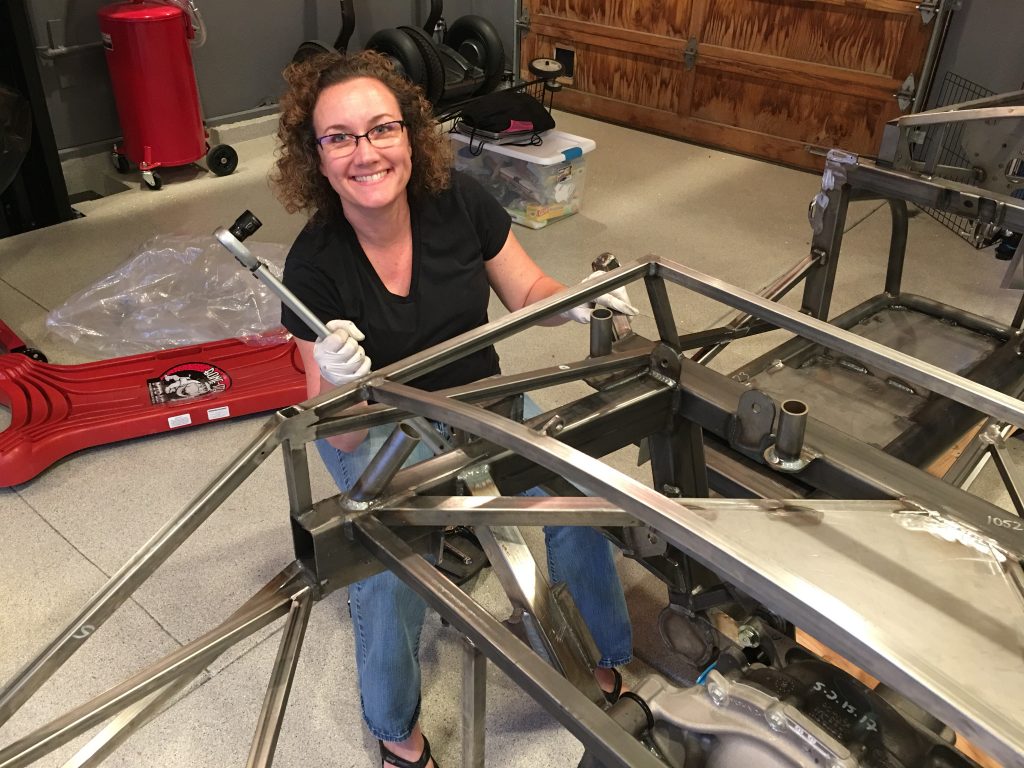 We assembled the toe arms and bolted them in place. 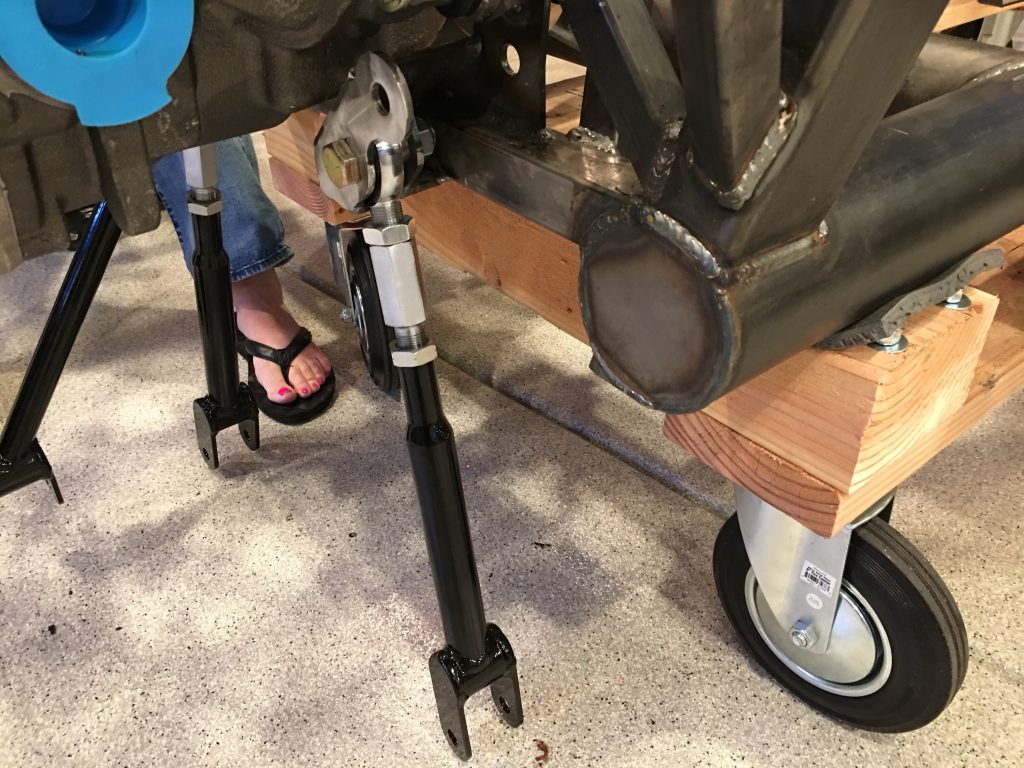 We then bolted in the lower control arms and torqued them to spec. 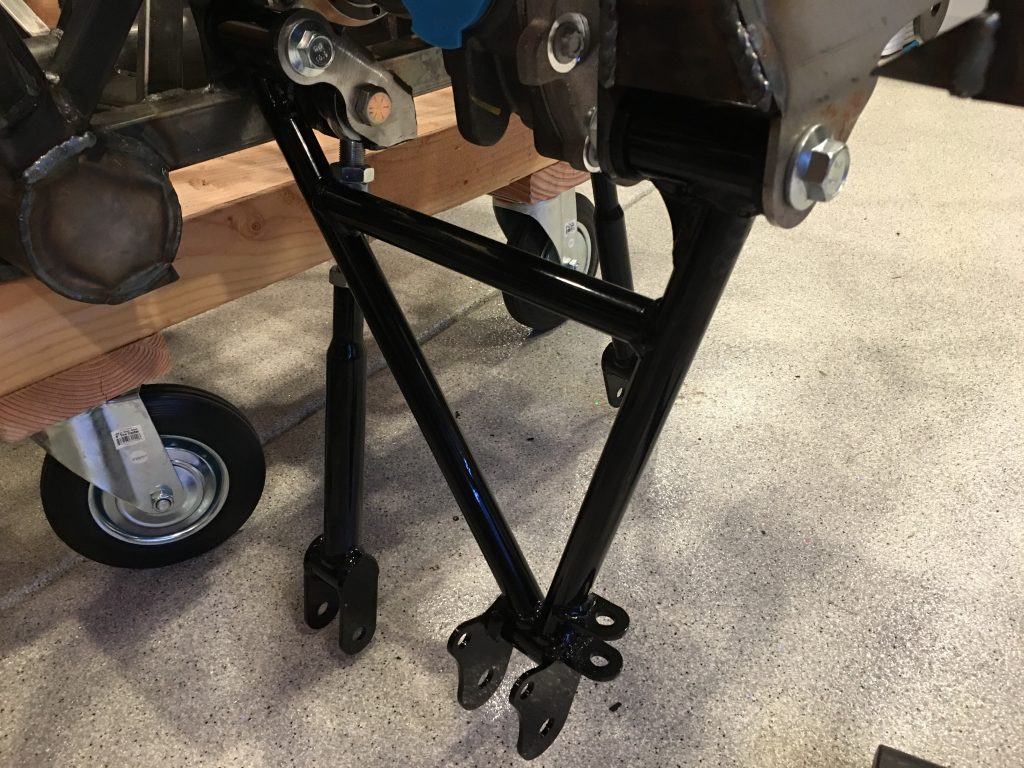 After inserting the half shafts, we bolted in the upper control arms. 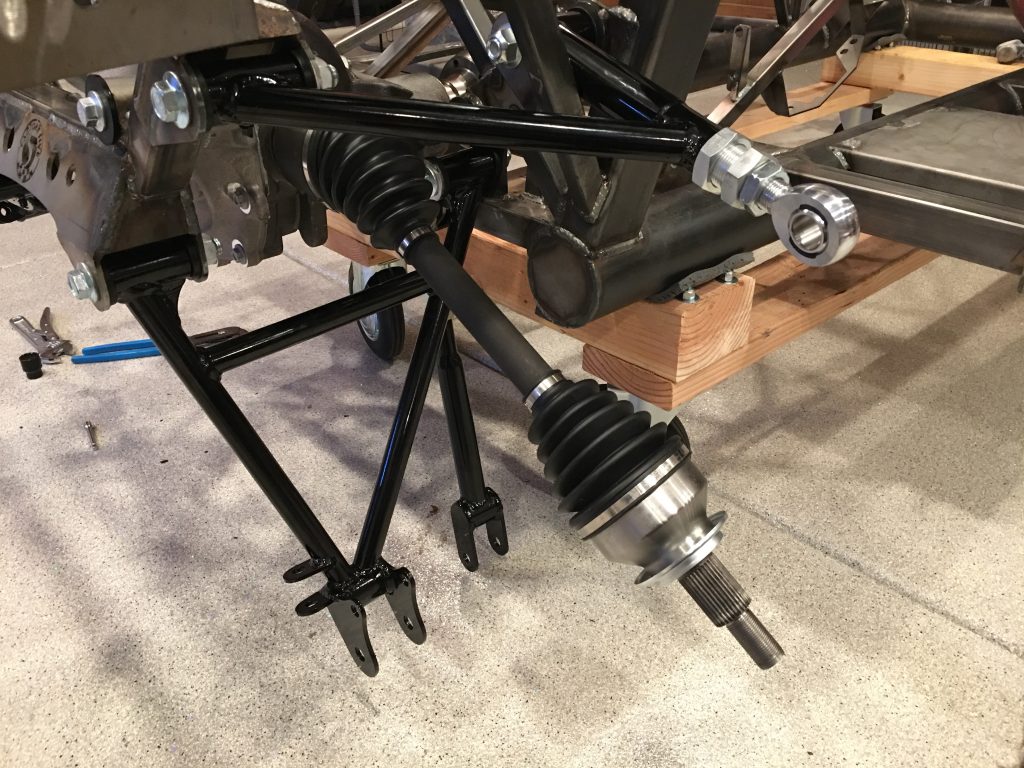 We slipped the rear hubs over the end of the axle and used the axle nut to pull the hub part way onto the shaft. We then aligned the three mounting ears with the various control arms and bolted it in place. We then torqued the axle nut and mounting bolts to spec. 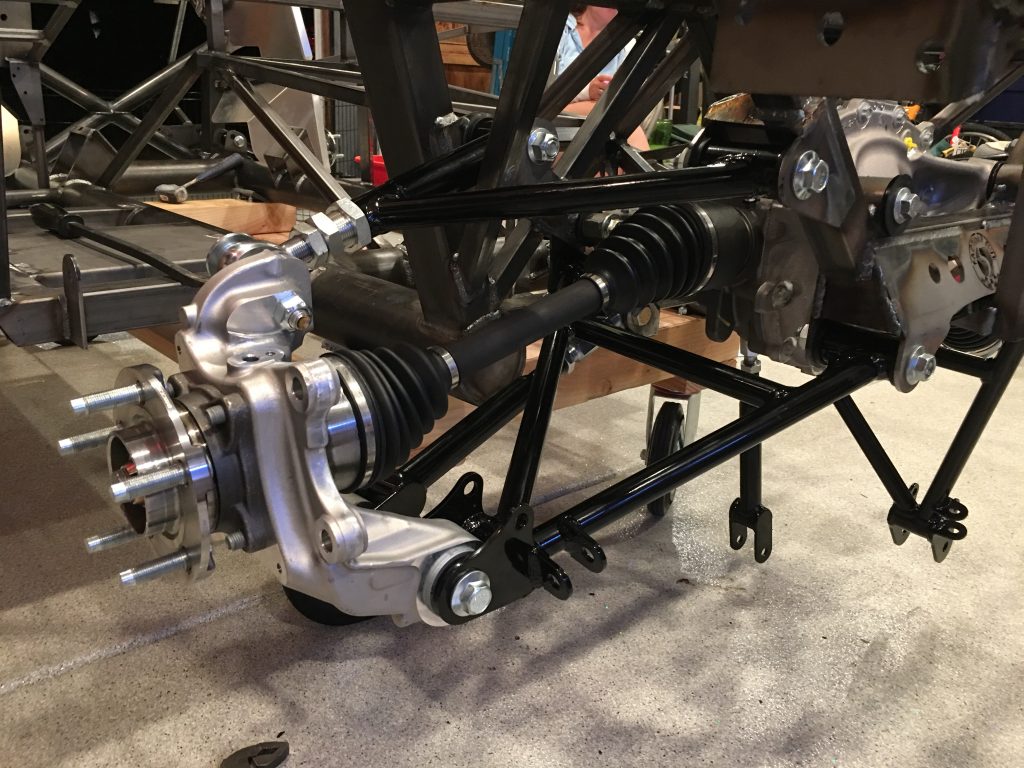 The entire IRS it installed; it looks pretty damn sweet! 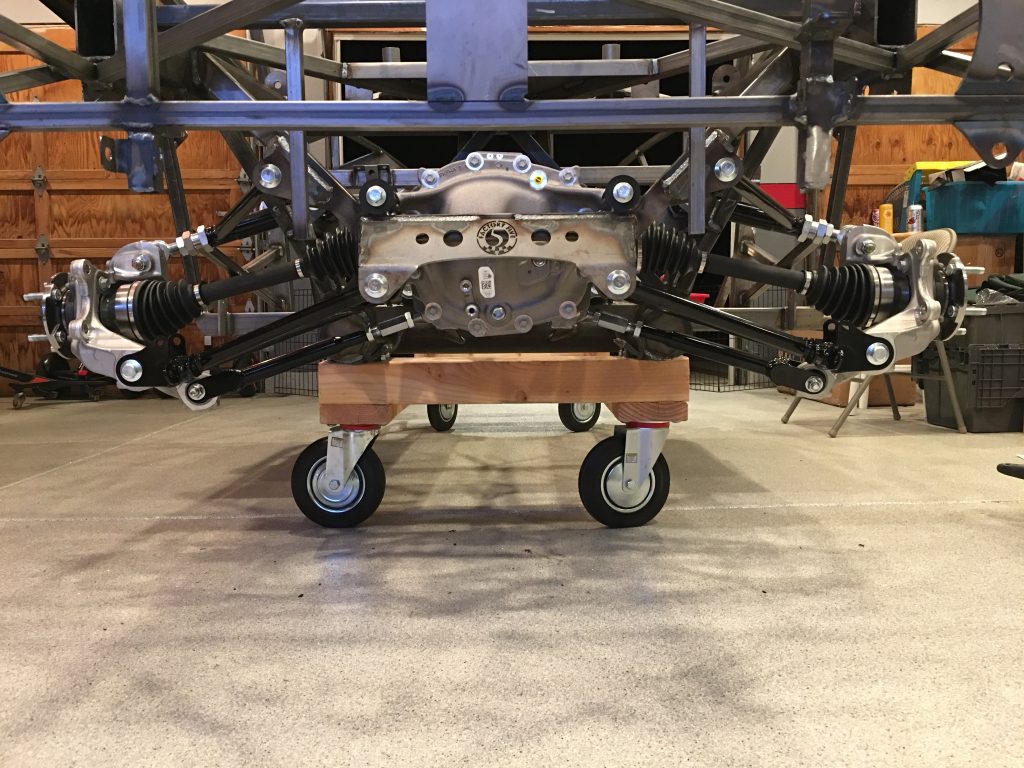