The valve covers came with a Ford Racing breather cap, but we want to have a matching breather cap on one valve cover and PCV valve on the other. This also has a weird, crinkle finish on it that doesn’t match anything else on the engine. 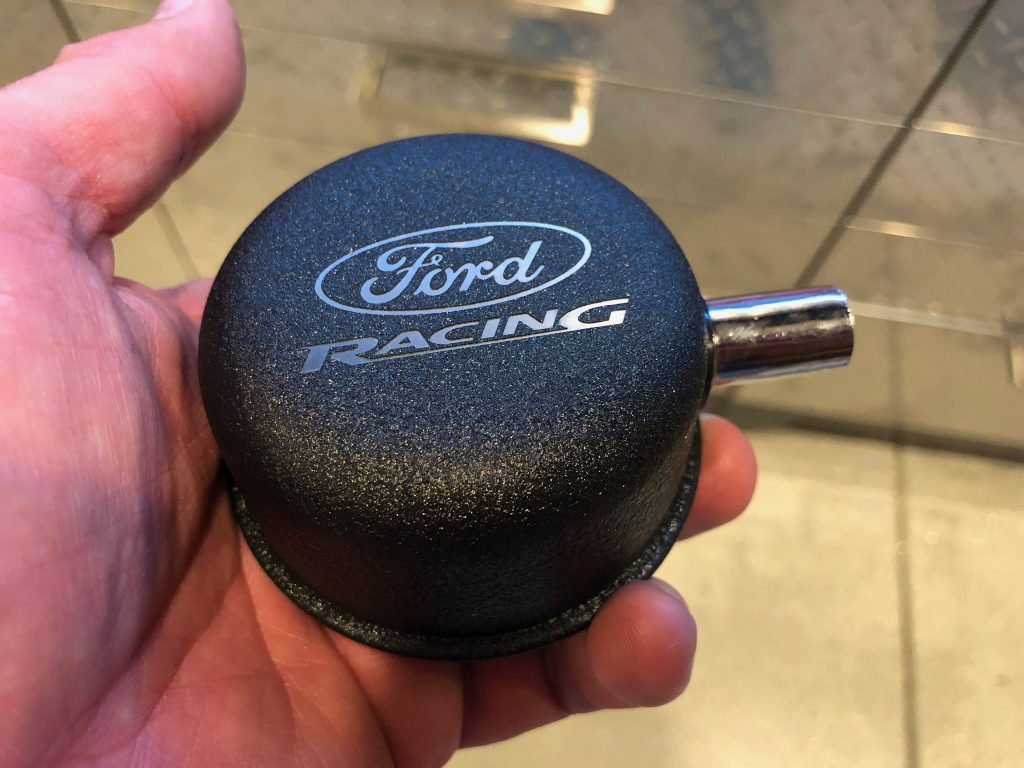 Billet Specialties sells these really nice PCV valves that fit in the 1.25″ valve cover holes. My plan was to remove the PCV valve from one of them and use it as a breather, but a friend of mine recommended an M/E Wagner adjustable PCV valve, so I’m going to pull the PCV valve from both of them. 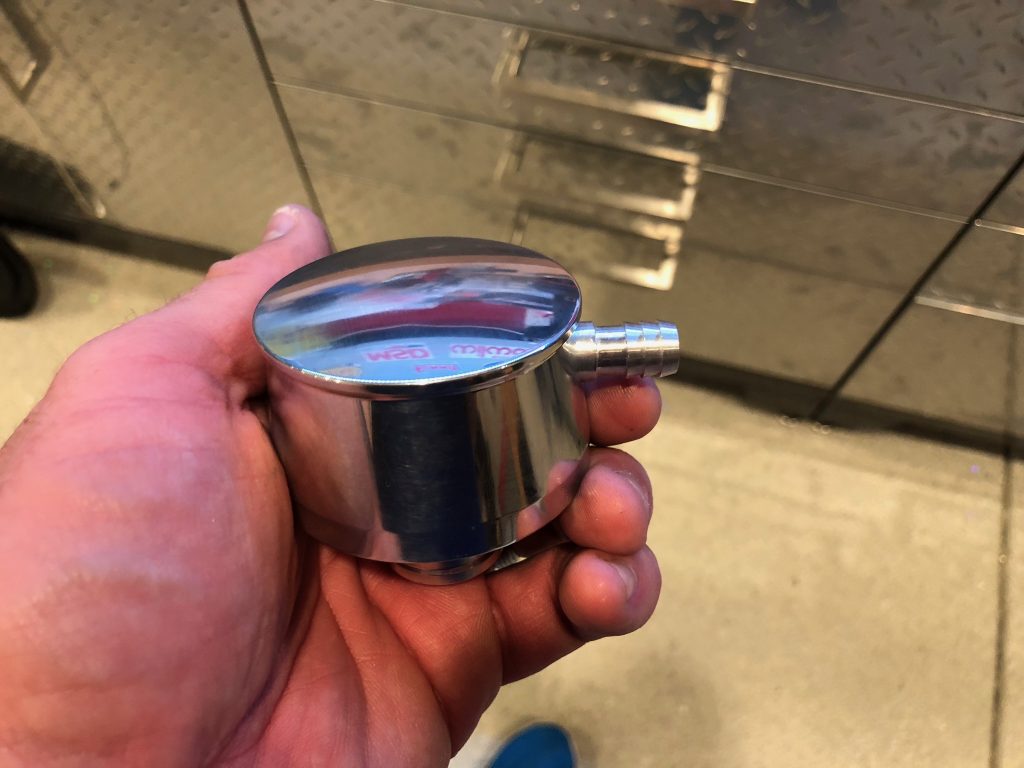 After unscrewing the base, the PCV valve can easily be removed with a pair of snap ring pliers. 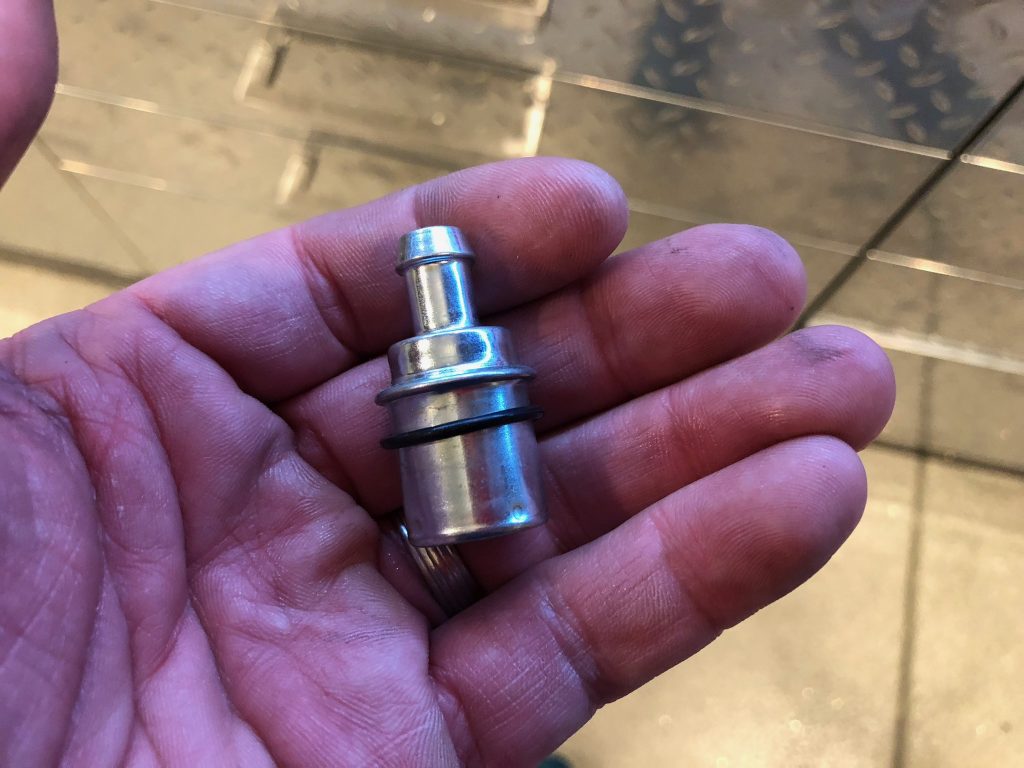 I fit a piece of silicone hose with chrome fitting on the end and installed it in the valve cover. 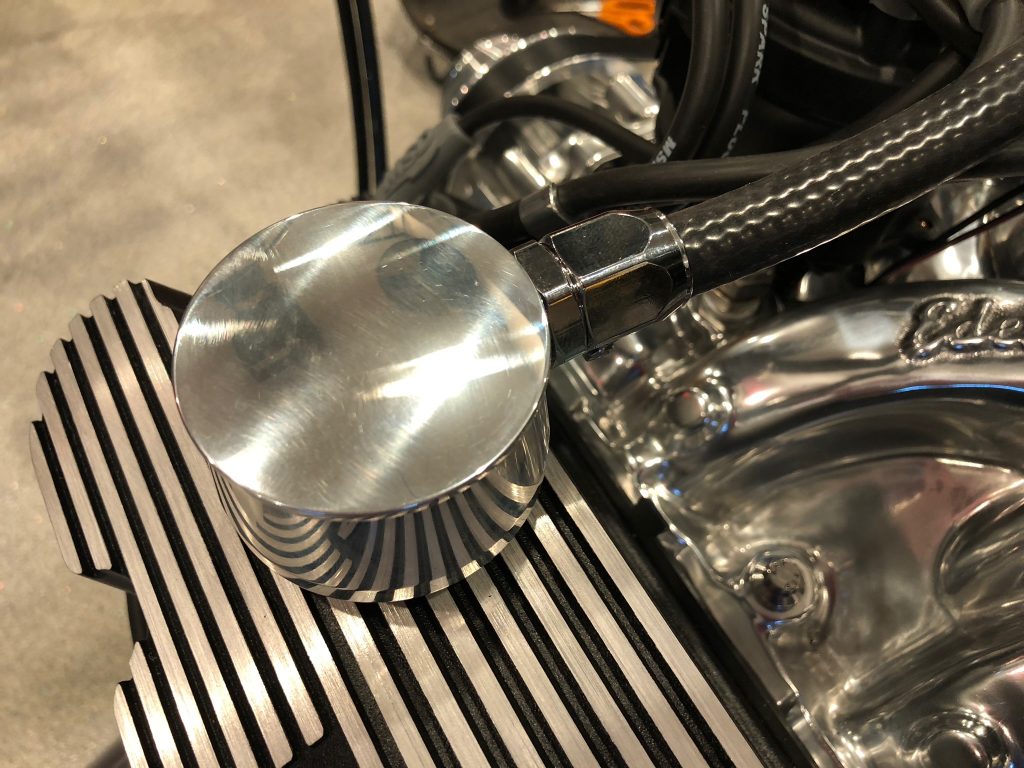 The breather needs to have access to a filtered air supply, so I drilled a 9/16″ hole in the air cleaner base. 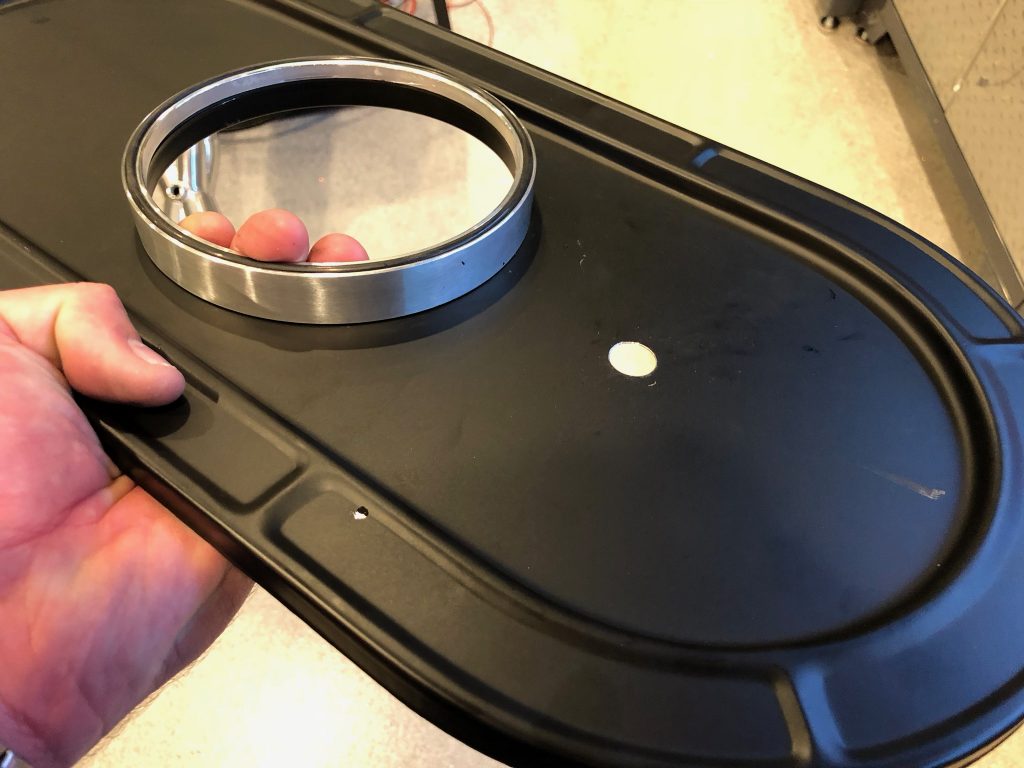 In the hole, I installed a straight bulkhead fitting and a 90º hose adapter. 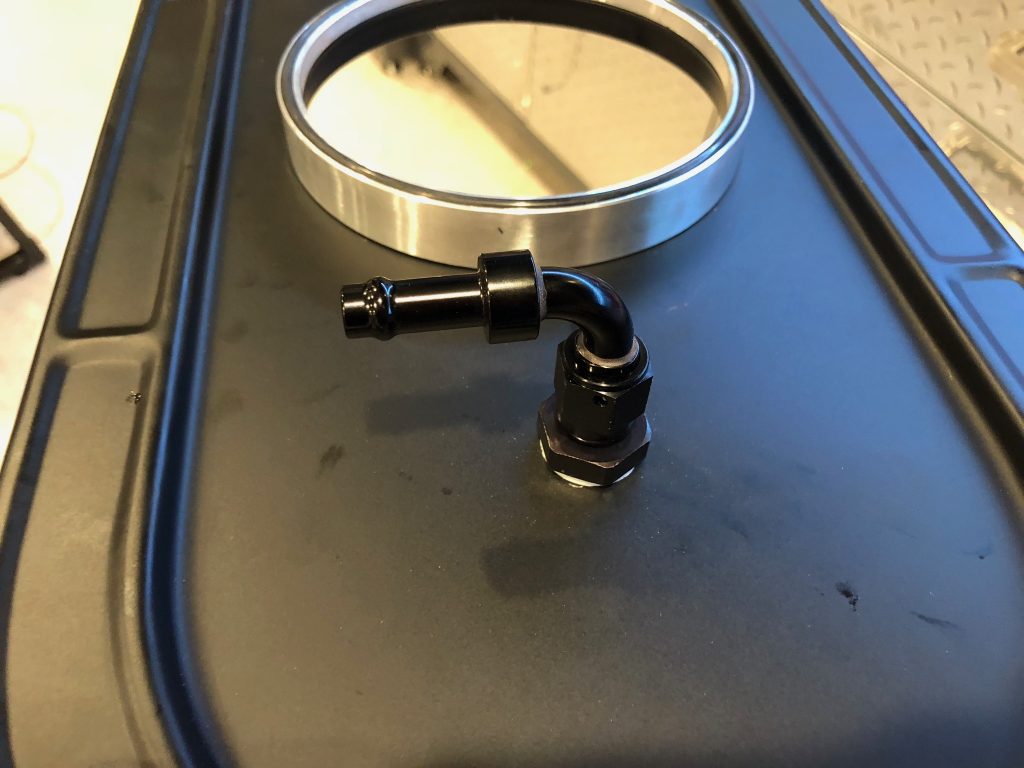 It’s is a pretty straight shot from the breather to the hose fitting. When the M/E Wagner PCV valve arrives, I’ll plumb it inline between the other cap and the throttle body. 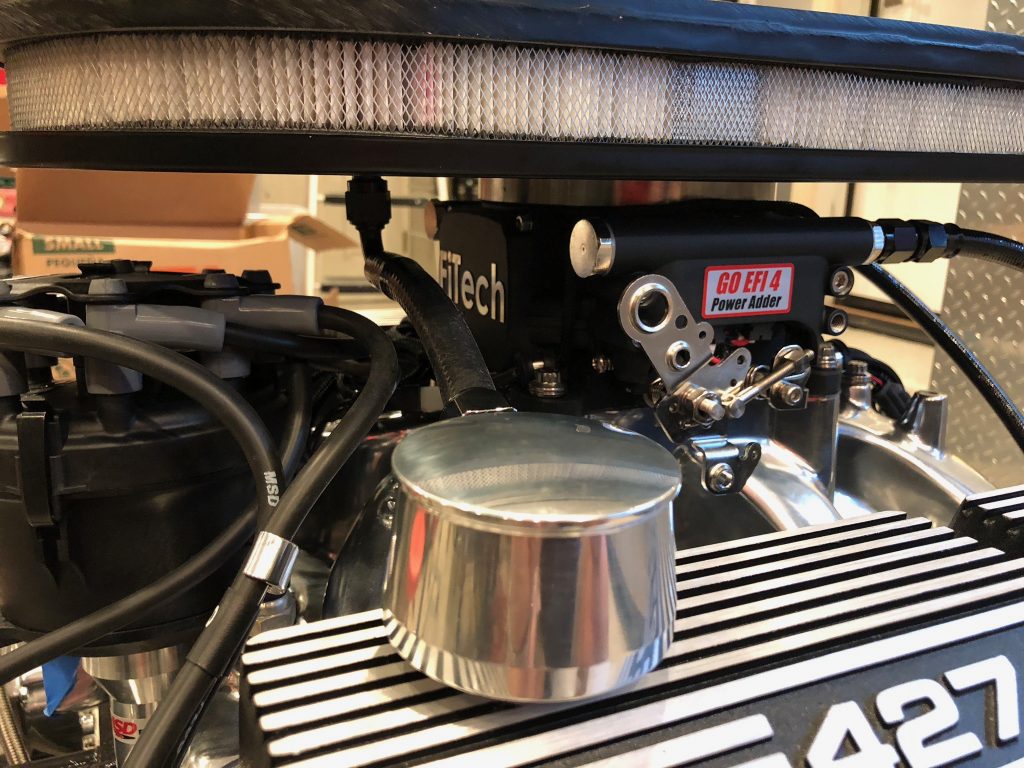