I spent some time cleaning up the chassis. Although the workmanship is outstanding, there were a few things I wanted to address: 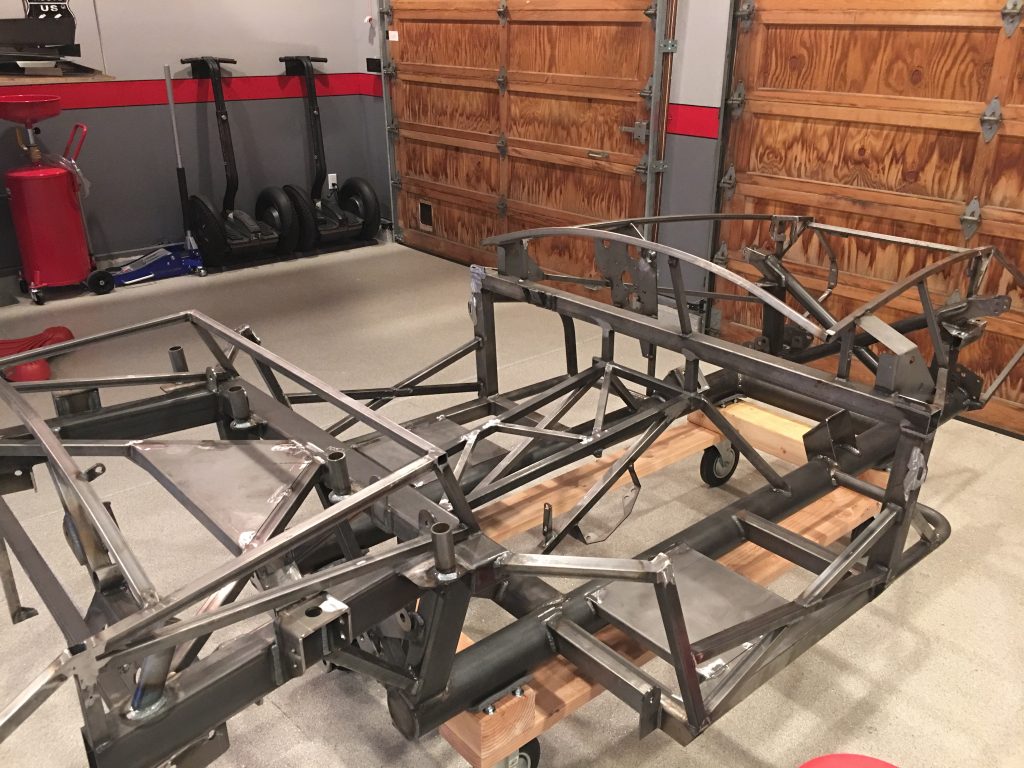 Here’s an example of some of the cleanup I did. There’s still a bit more to do, but the chassis is already looking much better. 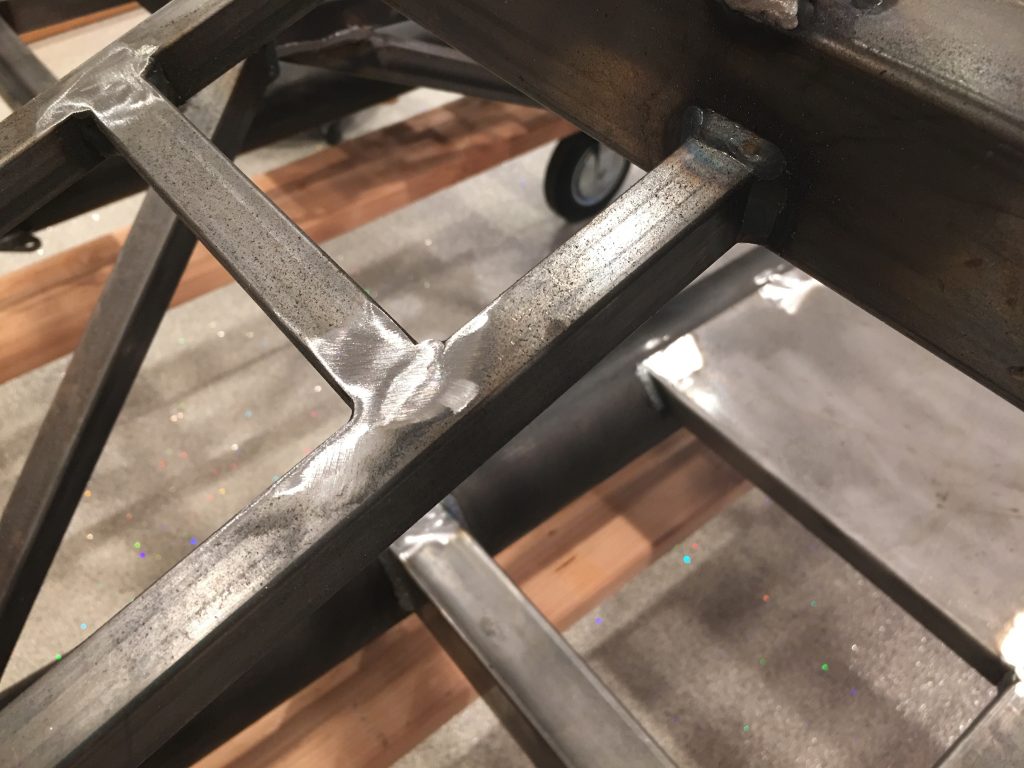 The IRS knuckles have a really sharp parting line from the casting process. I didn’t want to get cut working on the car, so I wanted to remove it. I used a carbide burr in a die grinder to take it down flush to the surrounding material (you can see the difference below between the left and the right side). After grinding it down, I used a scotchbrite roloc disk to smooth out the surface. This took longer than I expected, so I only completed one side. 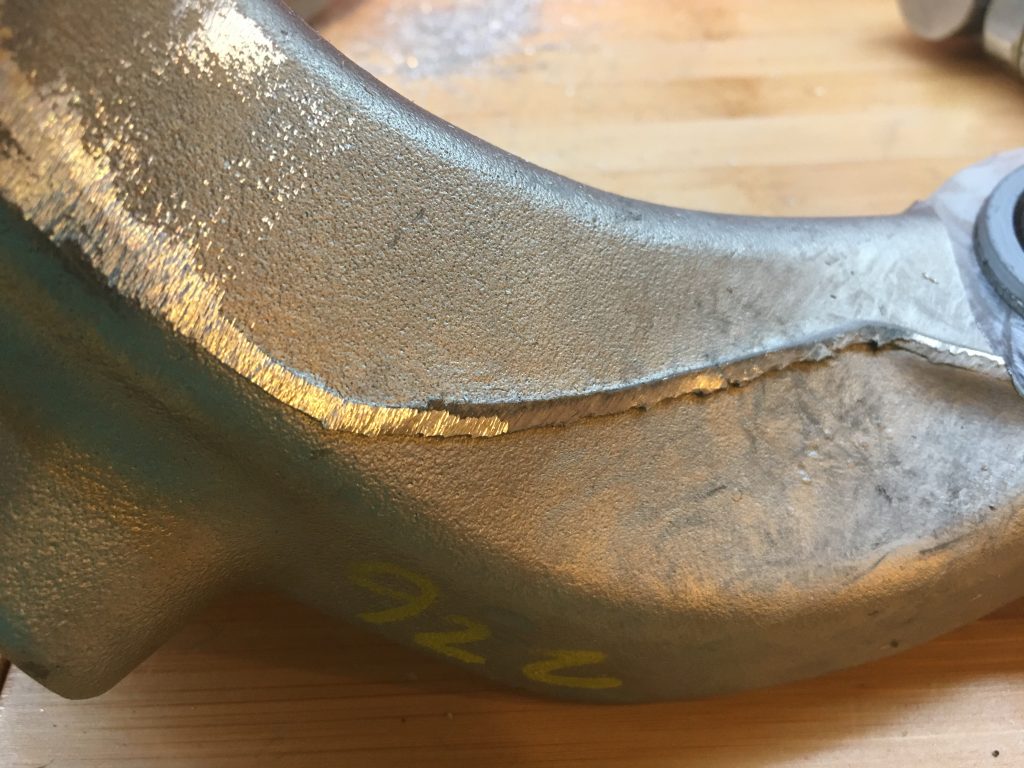