We received a big Summit Racing order of engine parts over the weekend and finally had a chance to inventory it. We’re still waiting on the Ford Performance parts (short block assembly, heads, timing set and cover, etc.) which we ordered from another company, but we ordered everything else from Summit Racing. The big boxes are the intake manifold and oil pan. Smaller boxes include the rockers, oil pump, distributor, water pump and spark plug wires. There are a ton of small parts and tools in the bins.

We’re not planning to start the engine build until early July, but we’re trying to get everything on-hand before then so that we’re not waiting on parts during the build. We’re planning on doing a “virtual engine build” in early June to ensure we’re not missing any parts or tools. 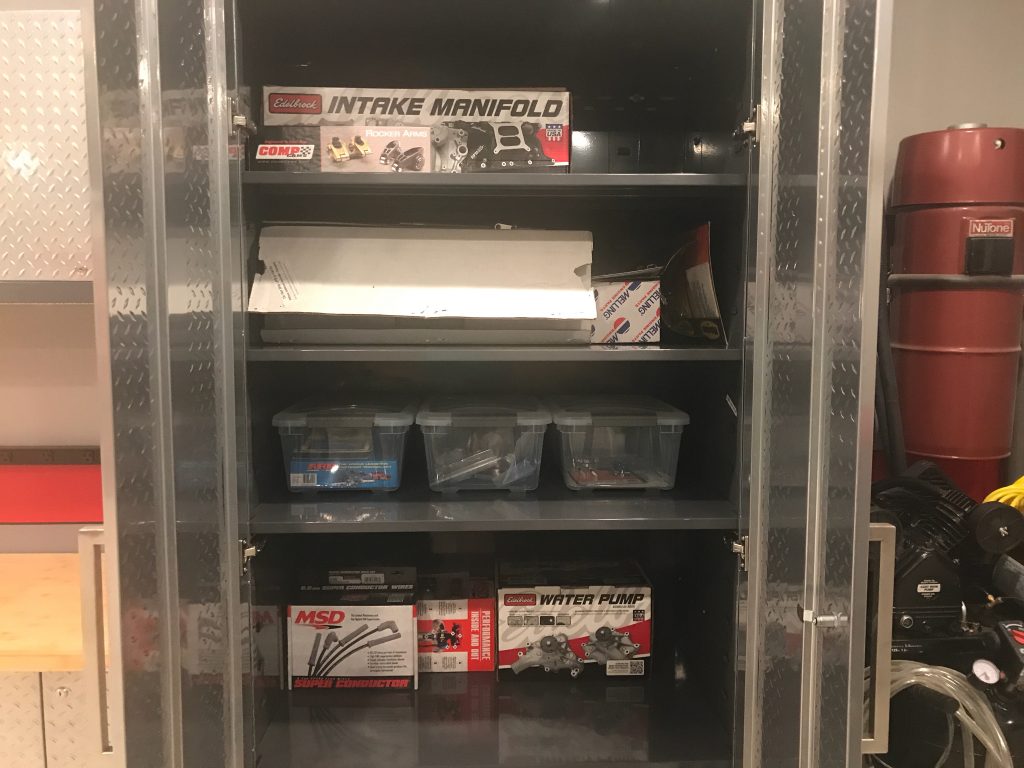