I’ve got a handful of details left to wrap up before we can run the engine at the dyno shop. First up, I needed to plumb the fuel filter between the fuel pump and the throttle body. I had a few scrap pieces of hose laying around from my airplane build, so I used one to insert the fuel filter into the supply line. 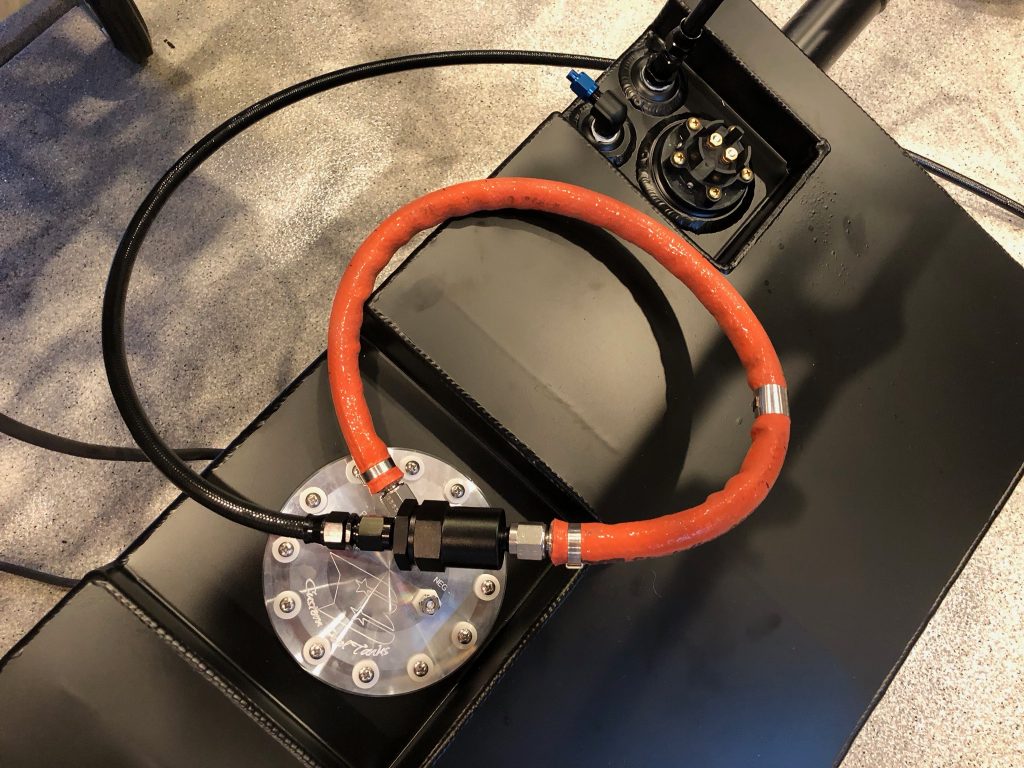 I also temporarily wired up the fuel pump to the FiTech unit. I’ll replace these terminals with better ones during the final wiring on the car, but this is what I had laying around that fit these large studs. 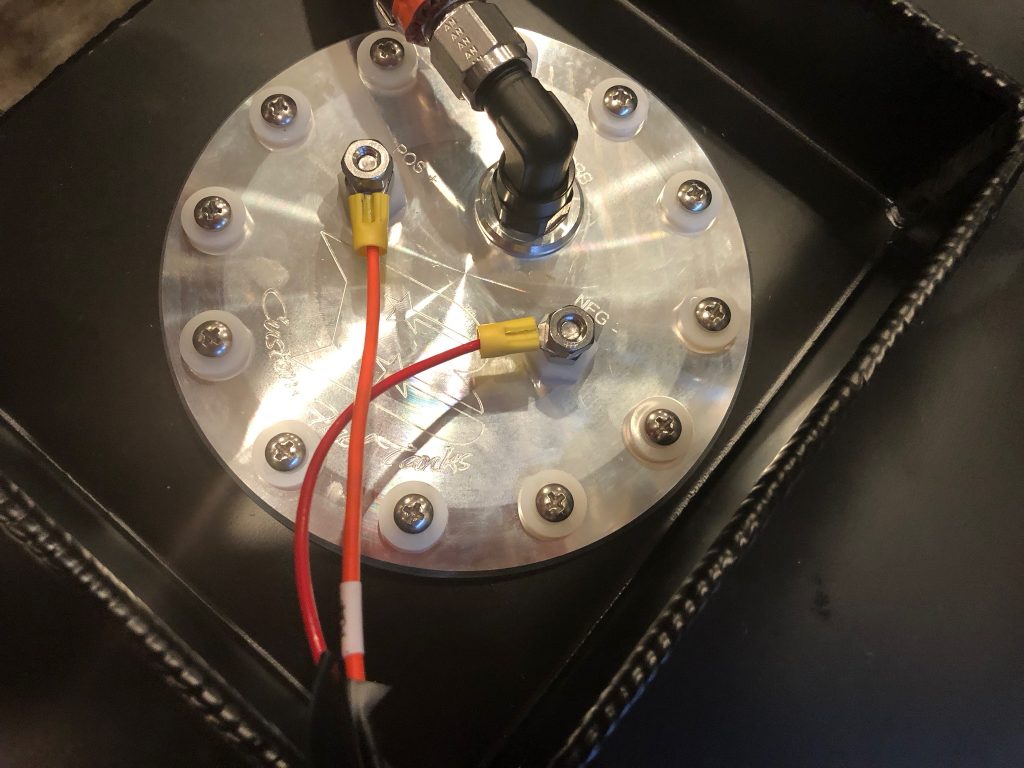 I also needed to wire up the ignition coil to the FiTech unit since it controls the ignition timing. Most of the car will be wired with automotive TXL insulated wire since that’s what comes in the Infinitybox wiring harness, but I don’t have any of that right now. I used some MIL-W-22759/16 wire I had laying around (which is better than the TXL wiring anyway). This cable snakes under the ignition coil (where it will be secured with a cushion clamp) and up behind the distributor where it follows the rest of the wires around the right side of the throttle body to the back of the engine. 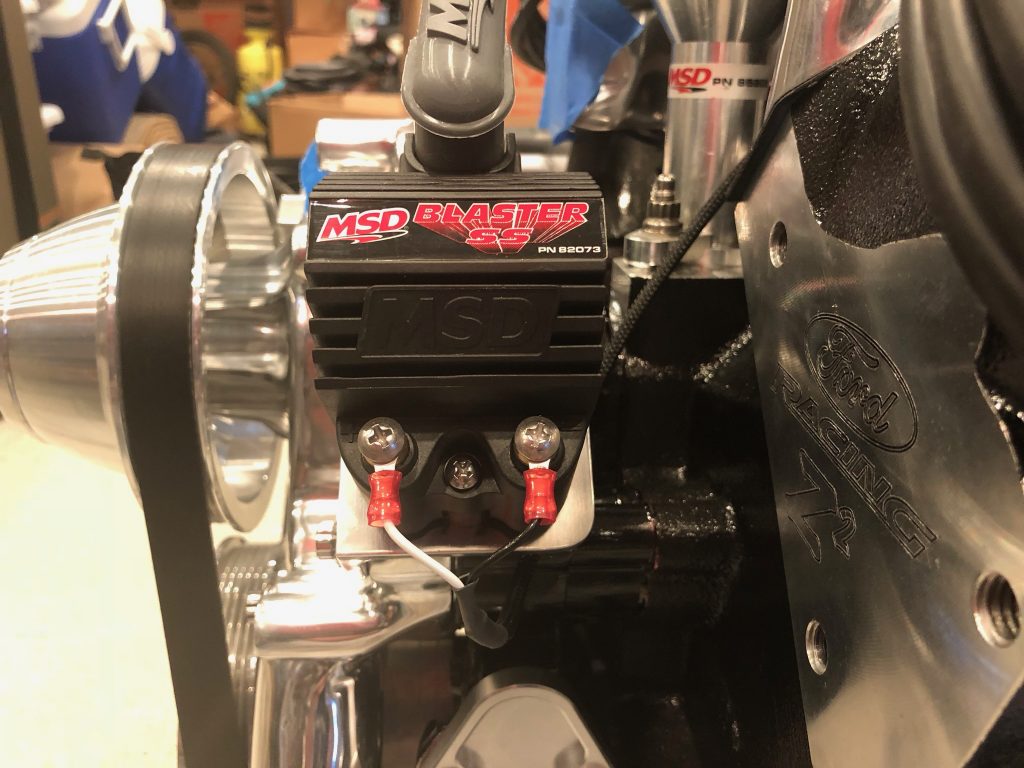 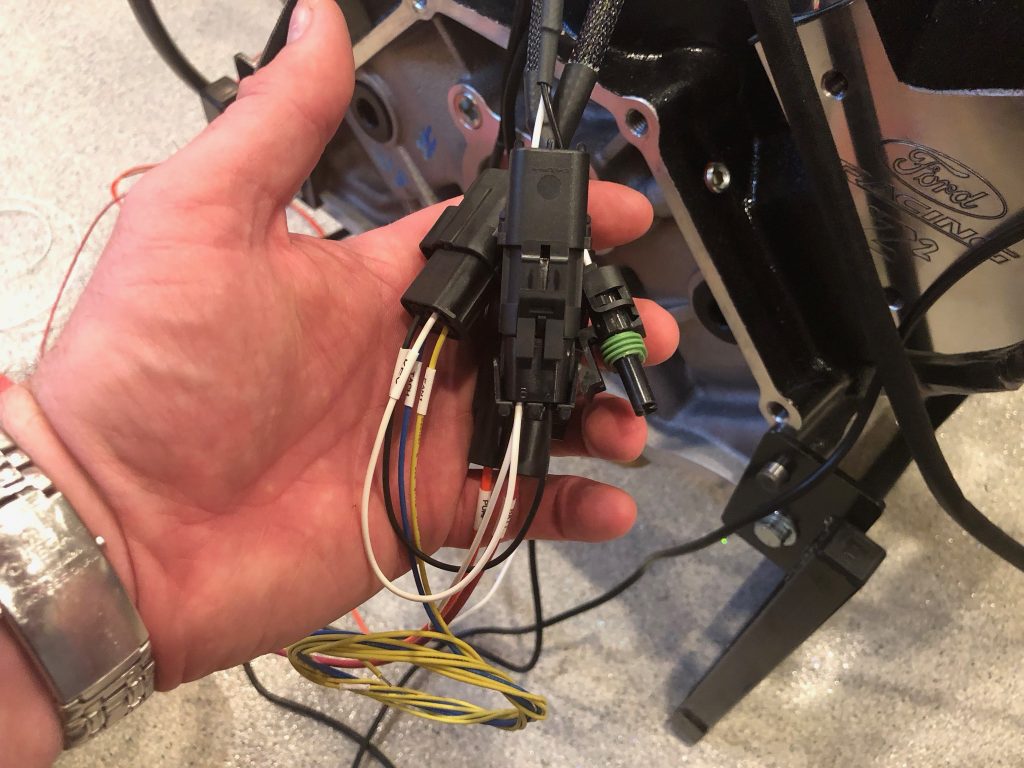 Since I don’t want to mess with the key switch now, I just rigged up an old toggle switch to turn the ignition on and off. 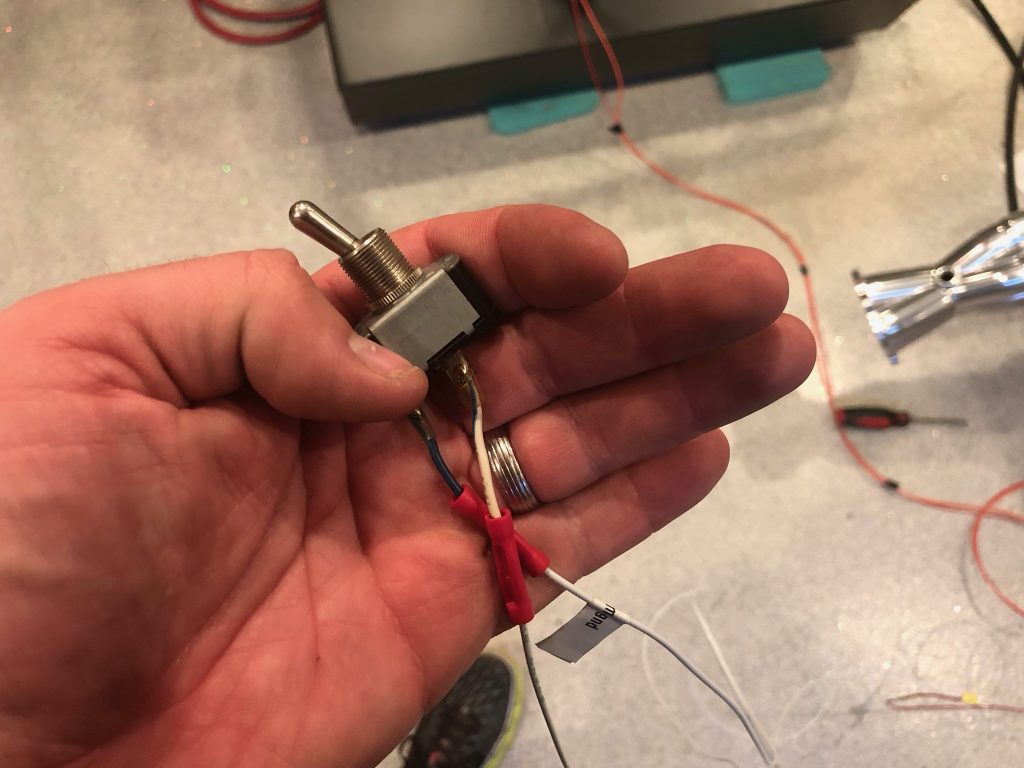 I also temporarily attached the ground strap to the engine block. At the other end is the red wire that goes to the fuel pump ground. I didn’t have any 18+ ga black wire around, so I used red and flagged it with some black electrical tape. None of this will end up in the car. 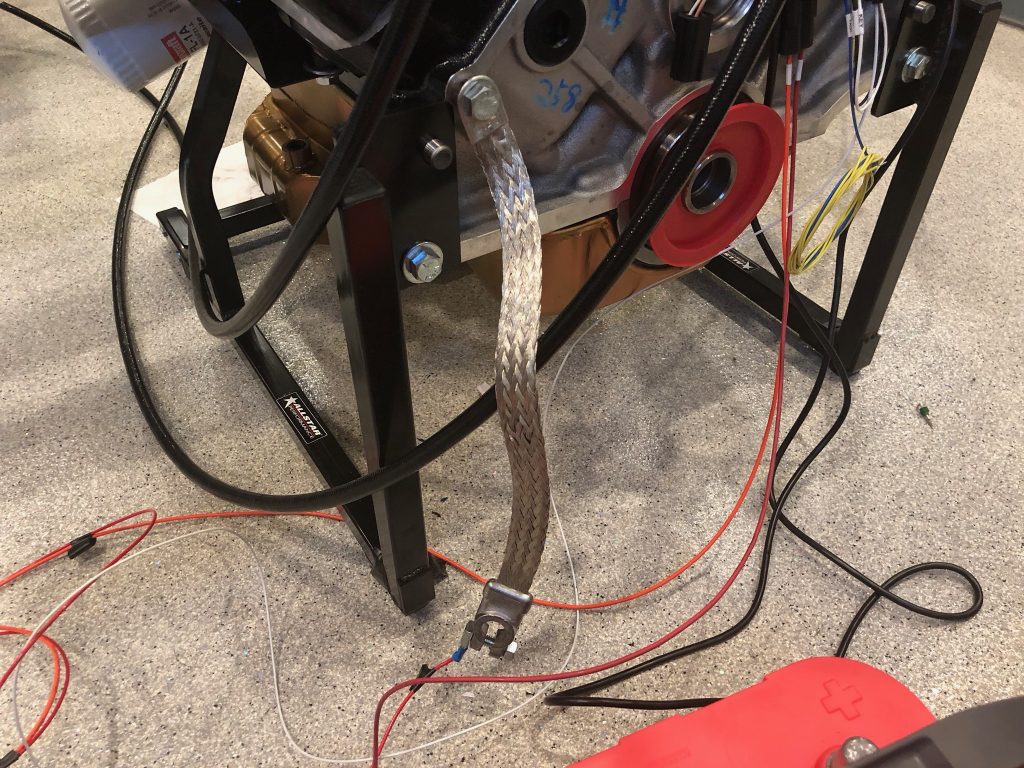 While I had my tools out to install the WeatherPak connectors on the back of the engine, I connected the electric power steering motor to the controller. 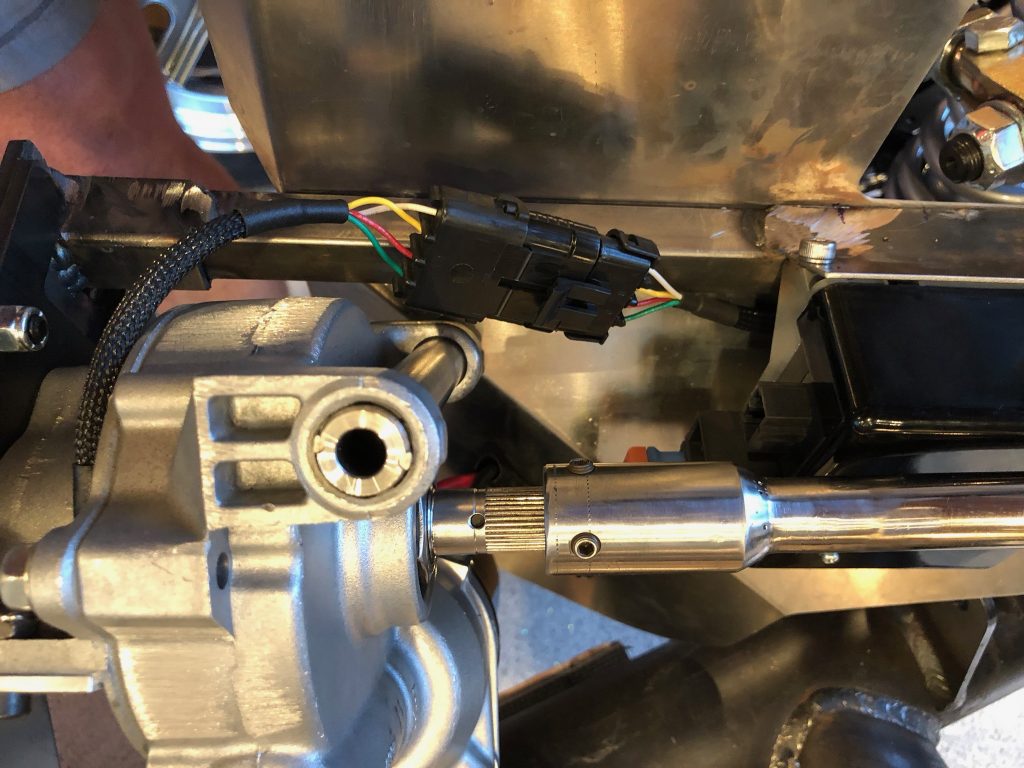