Jenn and I installed the engine in the car. With two people, this is pretty trivial. We lifted the engine until we could pull the chassis underneath it. 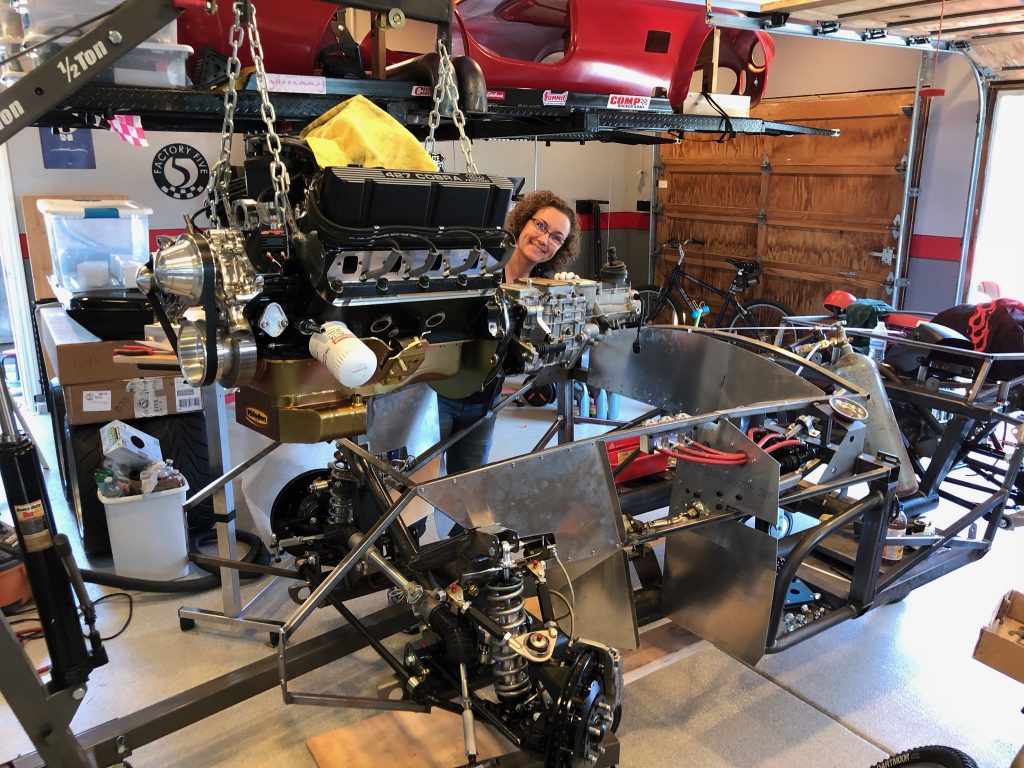 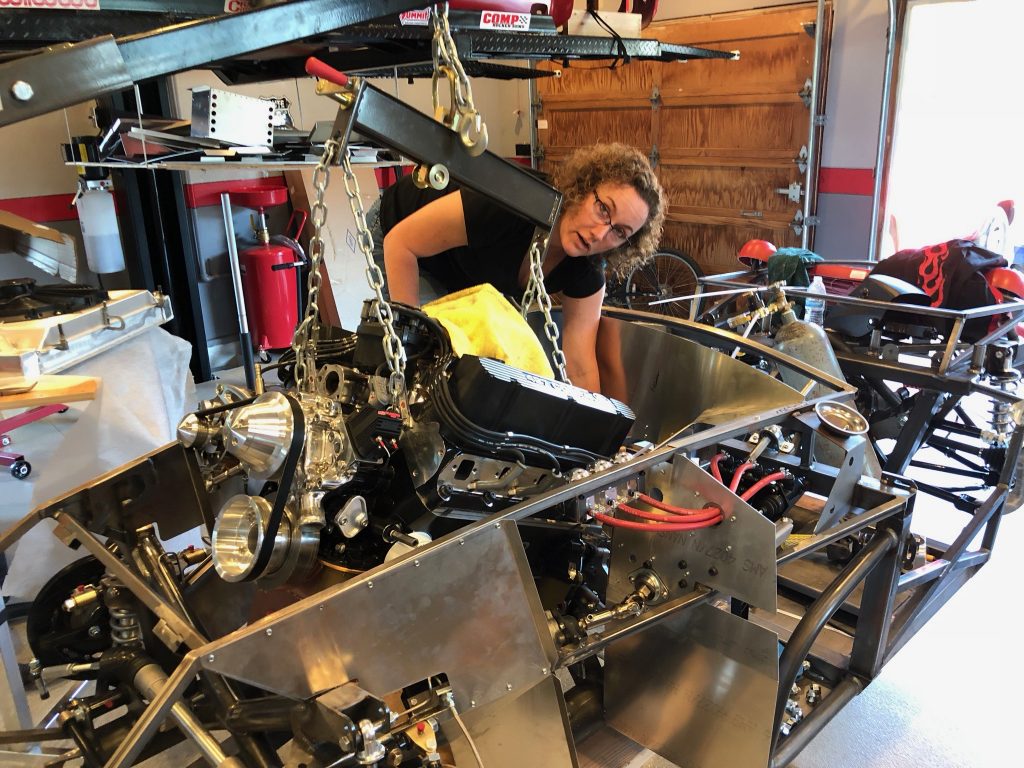 We used a floor jack to lift the transmission and keep it above the 4″ cross tube. 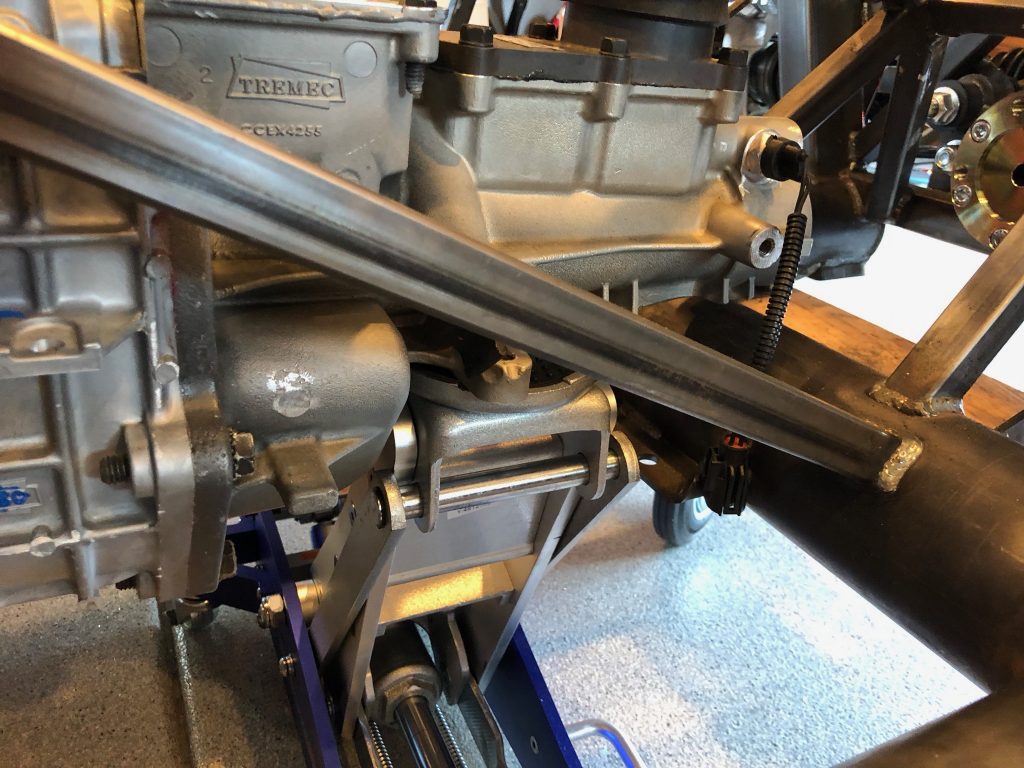 We then lowered the engine onto the mounts and installed the bolts. 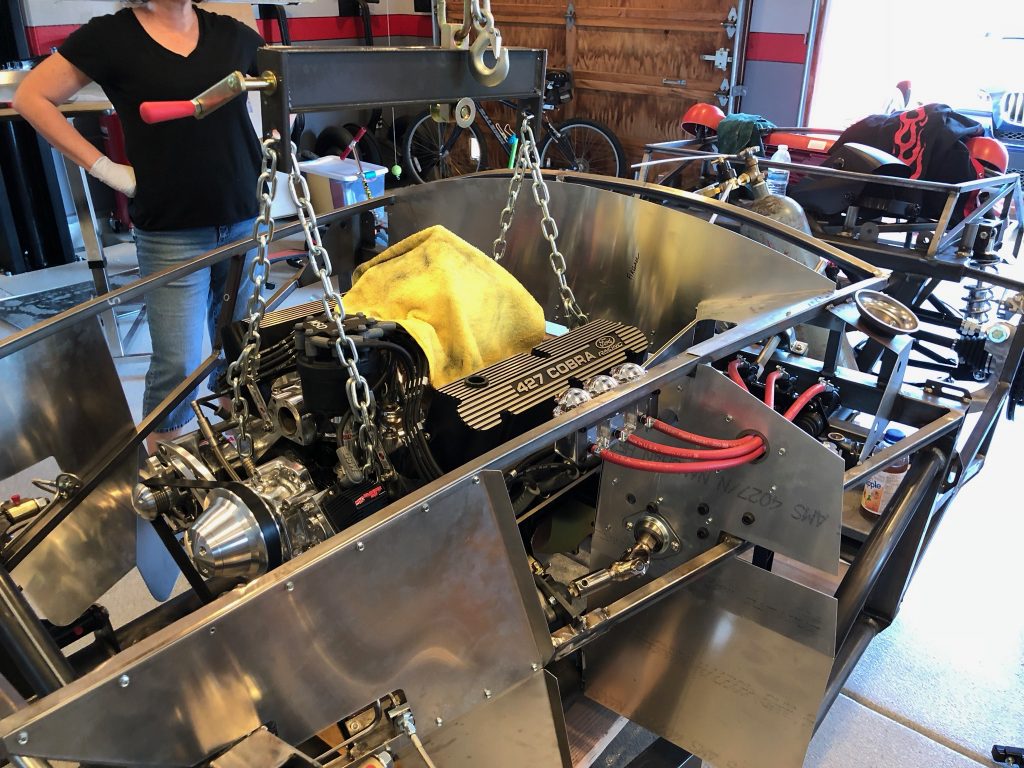 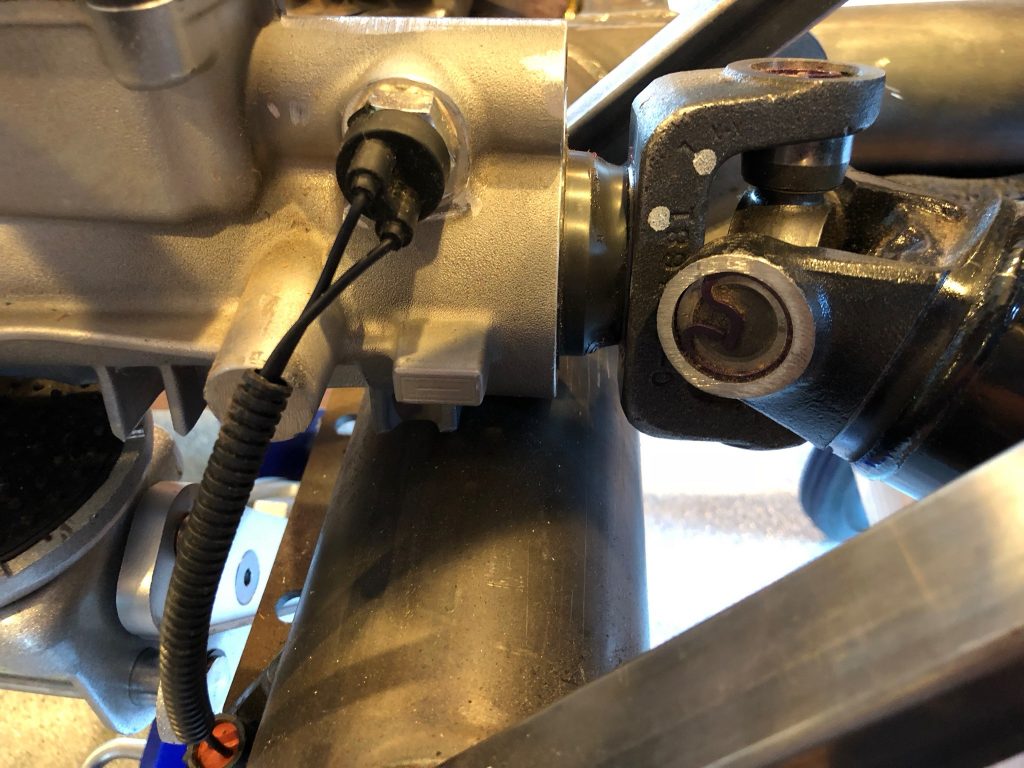 But you can see that there is no way to slide the driveshaft into place. We’re at least 1/2″ too long and even that would probably cause the seal to rub on the front of the u-joint instead of the outside of the splined shaft. I’ve sent an email to FFR to see how to resolve this. 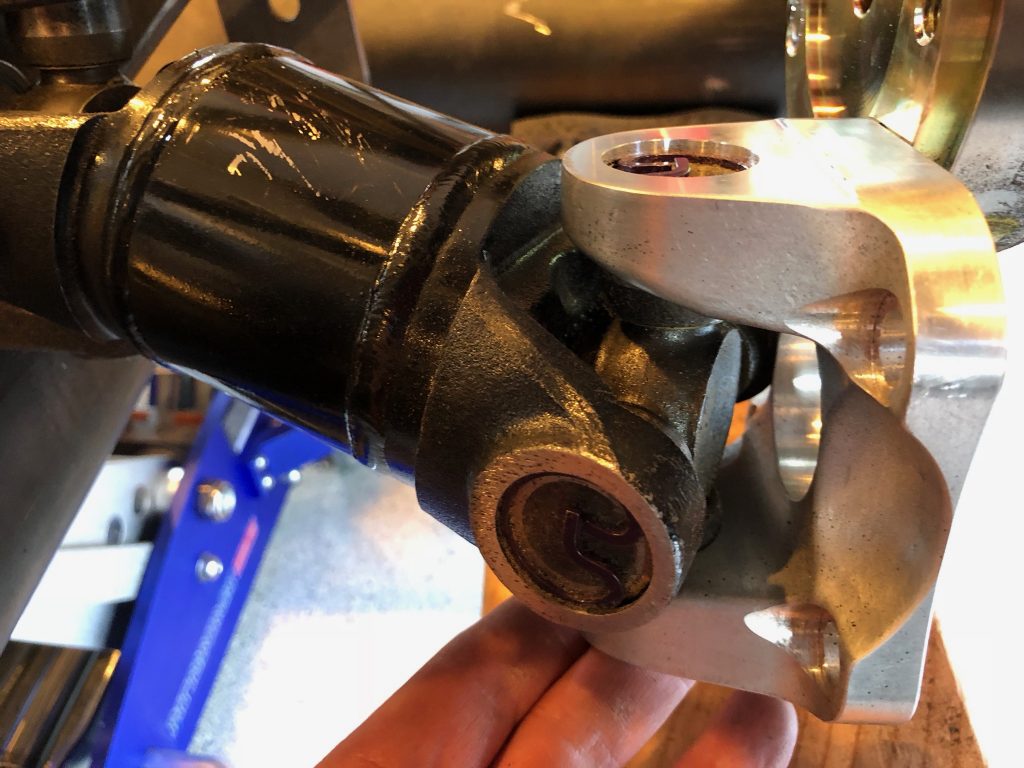 With the engine in place, I installed the headers on the right side of the engine. 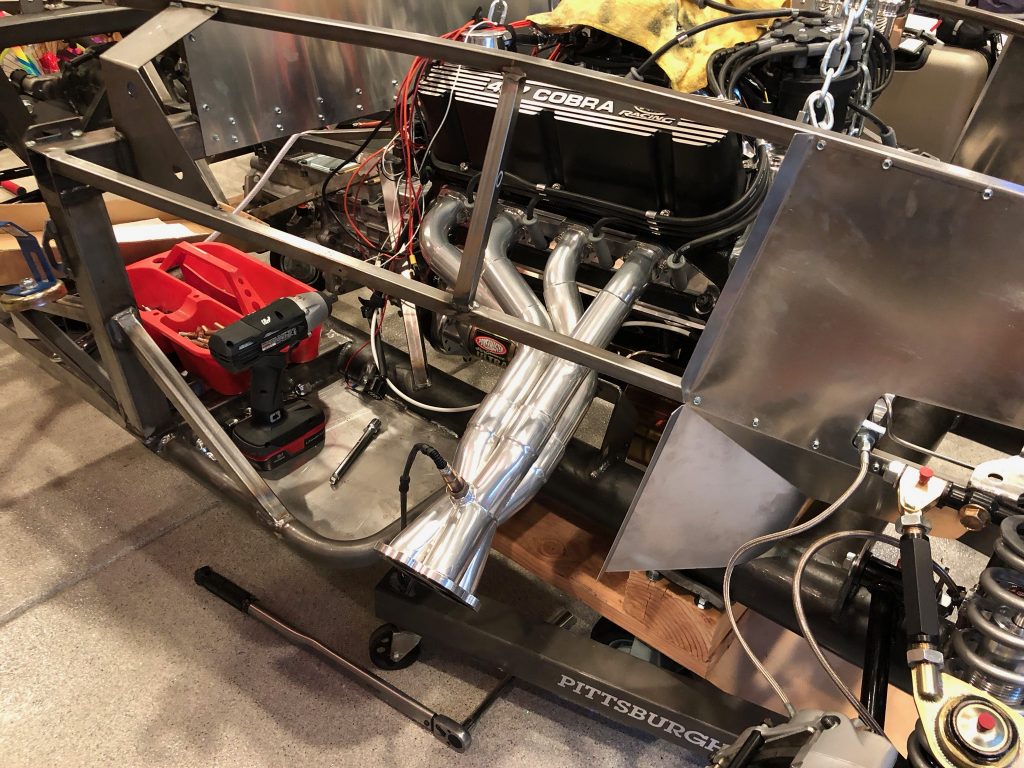 The left side will be a little more challenging since the foot box is in place. We did verify that the header will slip into place, but it’s ridiculously tight. I was hoping to enlarge the foot boxes, but I don’t think there is any room to spare. 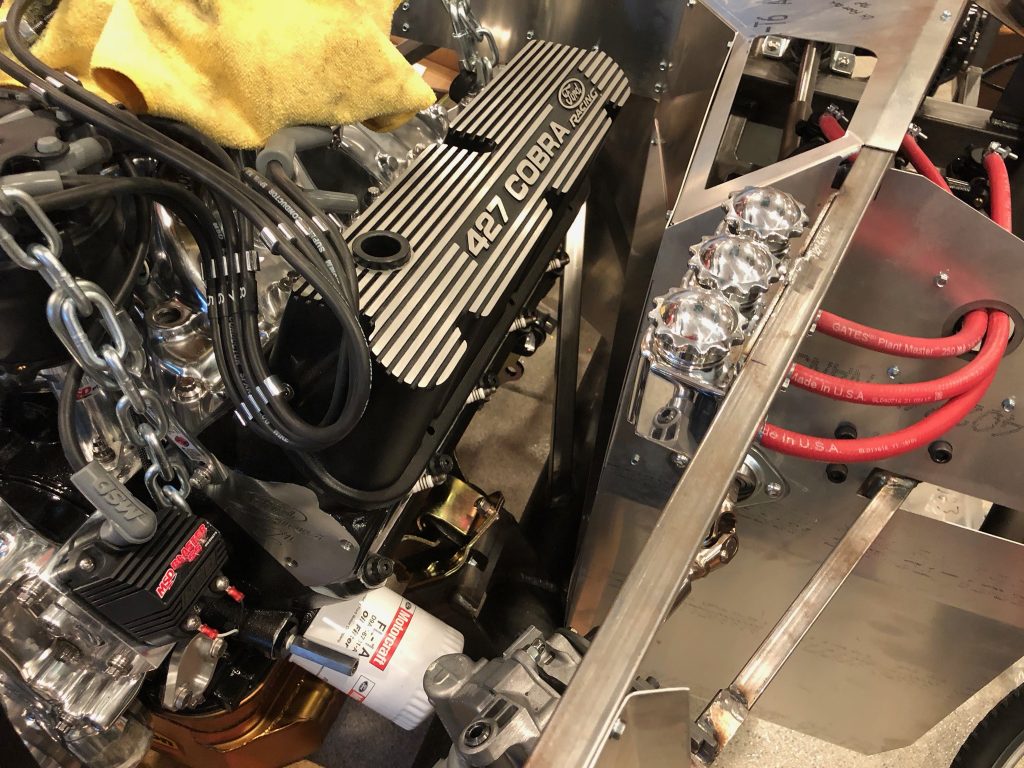