The FiTech EFI system controls the ignition advance, so the mechanical advance has to be locked out. I started by removing the springs and weights. 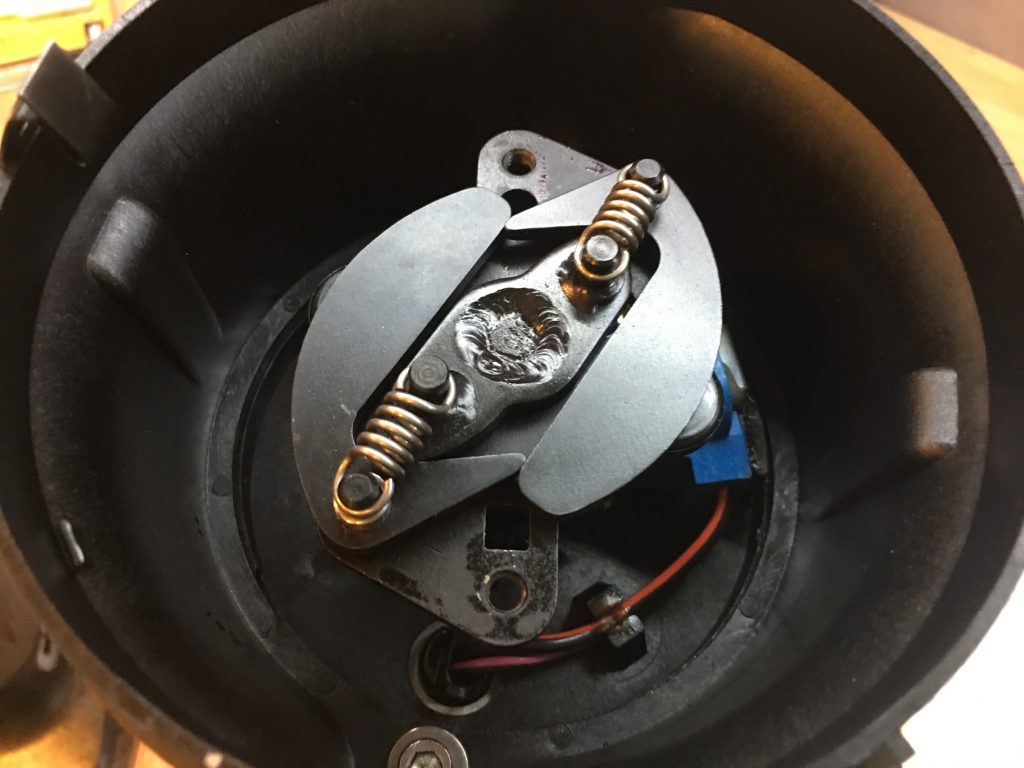 The roll pin on the retaining sleeve has to be driven out so that the shaft can be pushed up in the distributor. 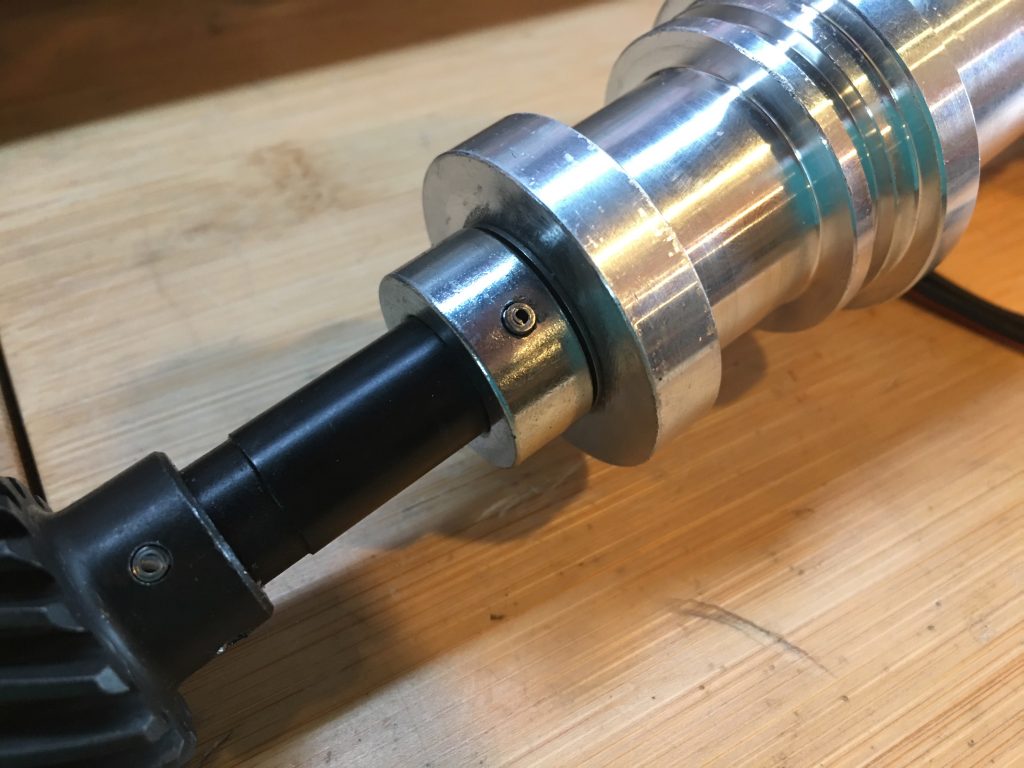 With the shaft pushed up, it can be rotated 180º so that the advance stop bushing pin can be dropped into a hole in the advance plate which locks the two pieces together. Afterward, the retaining sleeve can be slid back in place and the roll pin reinstalled. Now there are no moving parts in the distributor (other than the shaft and rotor). 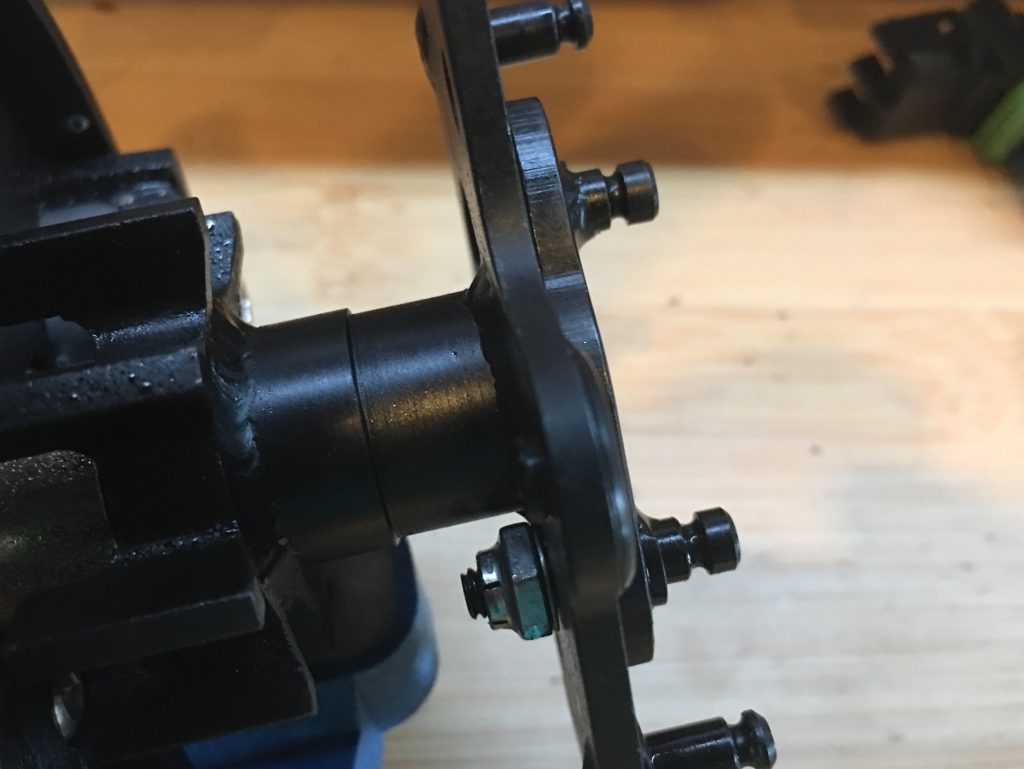 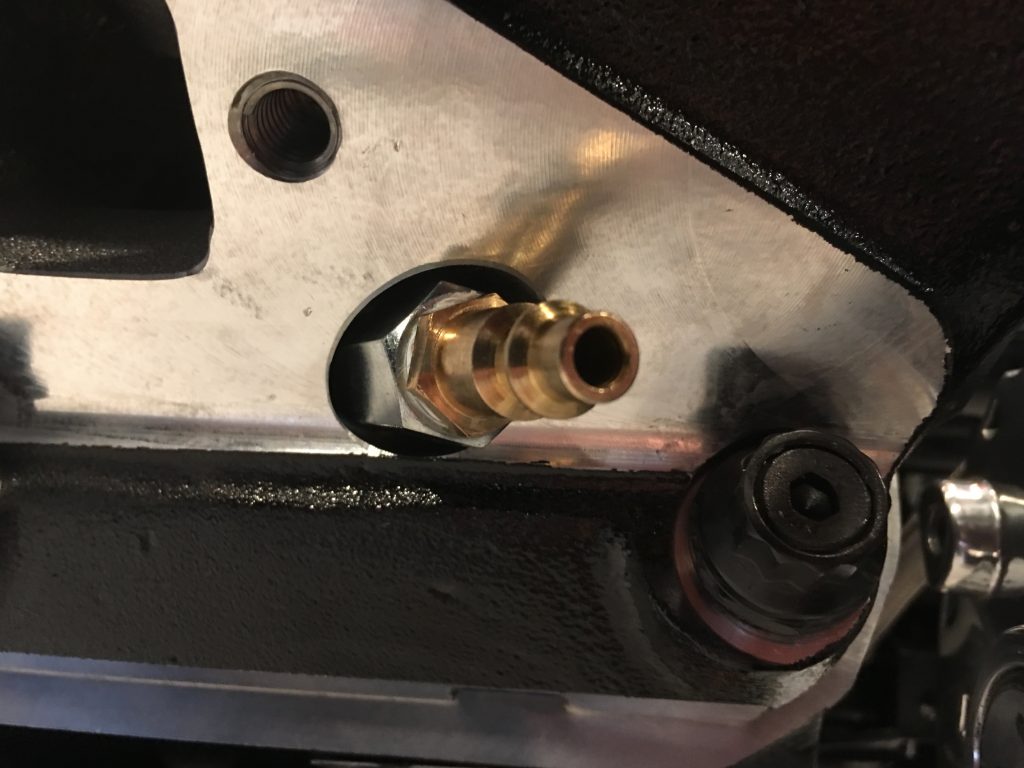 I rotated the engine until it was 12º BTDC. 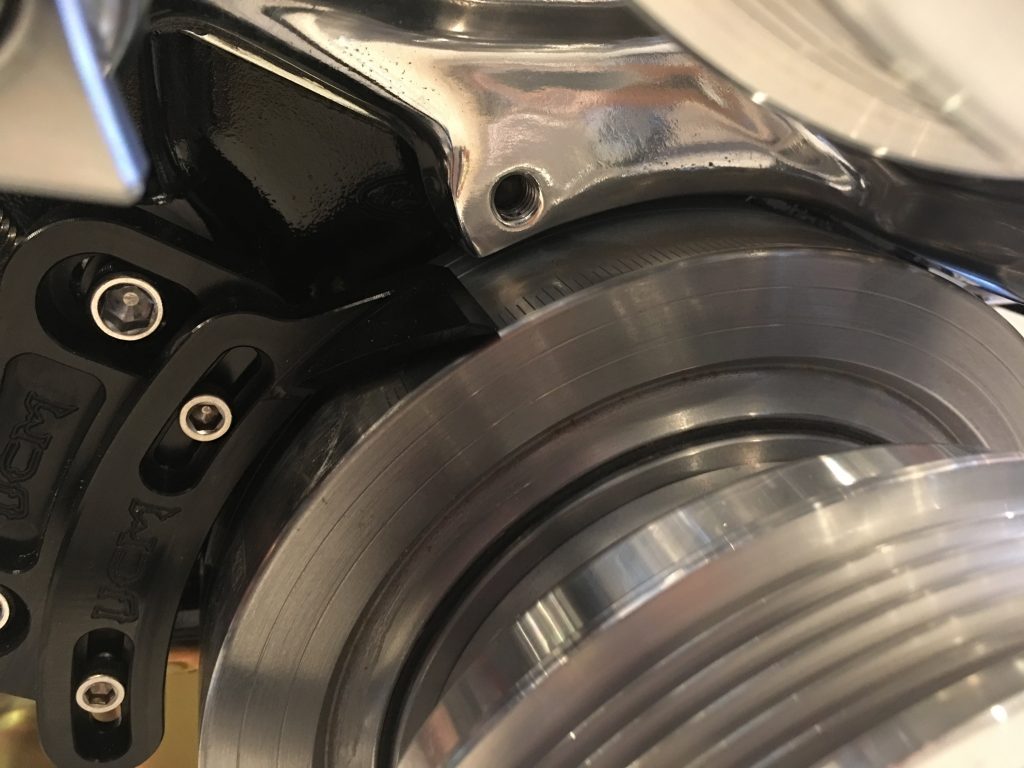 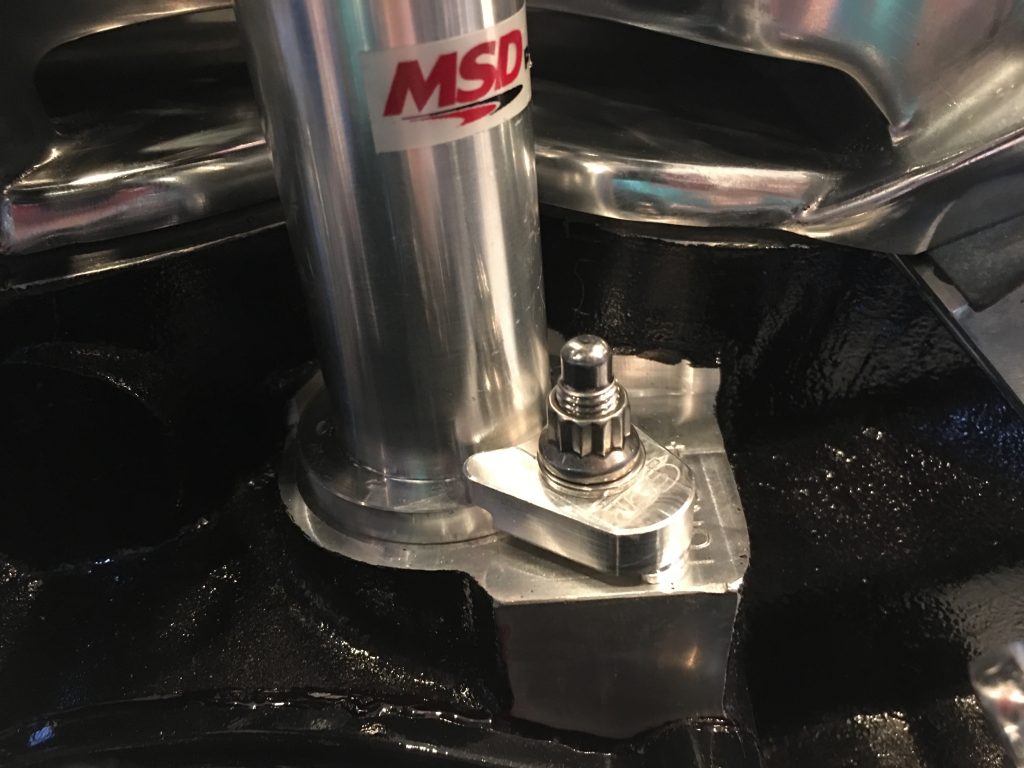 The cable from the FiTech unit leaves a bit to be desired. The cable is surprisingly short and for some reason comes out of the back of the unit. Without extended the wires, it really can only run around the left side of the throttle body or over the top. There is no way to run around the side without interfering with the throttle linkage, so I run the cable over the top. I really don’t know why FiTech doesn’t have this cable coming out of the front of the unit to avoid this problem. 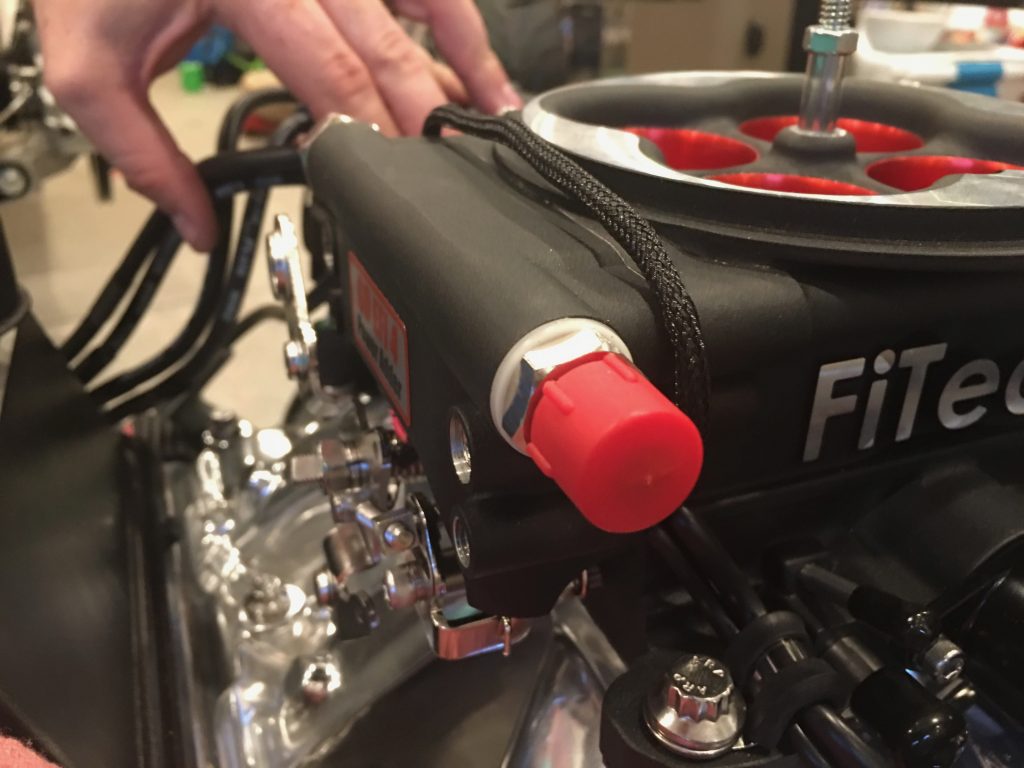 On the right, you can see the distributor control cable coming down from the top of the unit and secured with an Adel clamp to prevent it from moving. I pulled the coolant temperature cable out from underneath the intake runners and coiled up the extra on the front of the throttle body. I also installed the secondary coolant temperature cable that connects to the dash gauge. Since we’re installing a fairly long air cleaner, virtually all of this wiring will be somewhat hidden. 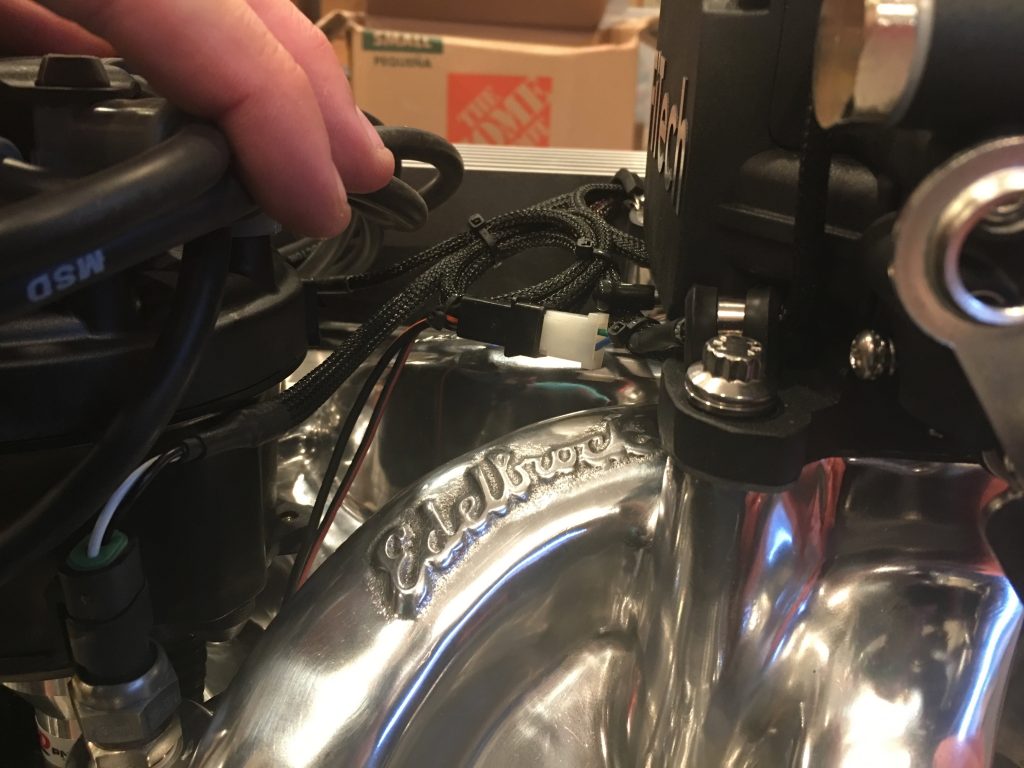 I also cut the cable going to the coolant temperature gauge and installed a weatherpak connector at roughly the same position as the other connectors. I want to easily be able to disconnect the engine from the car without having to pull wires through the chassis. 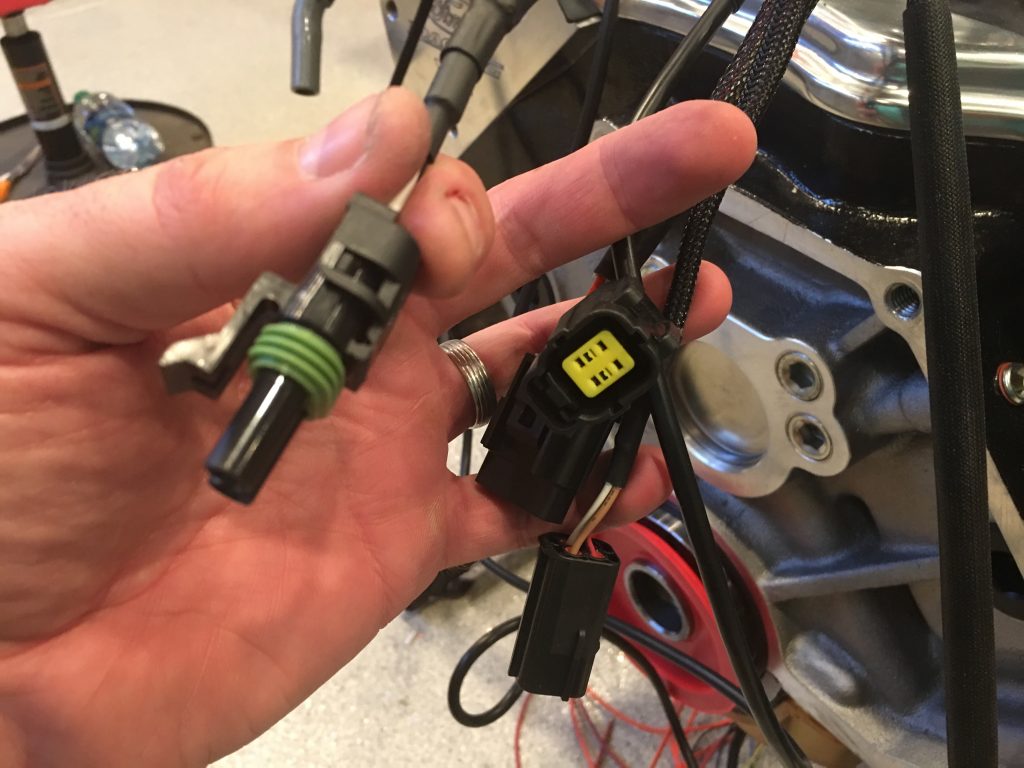 I cut all of the ignition wires to length and crimped terminals on them. I still need to order a couple of wire separators to neaten the wires up a bit and then I can shrink the wire labels onto the wires. 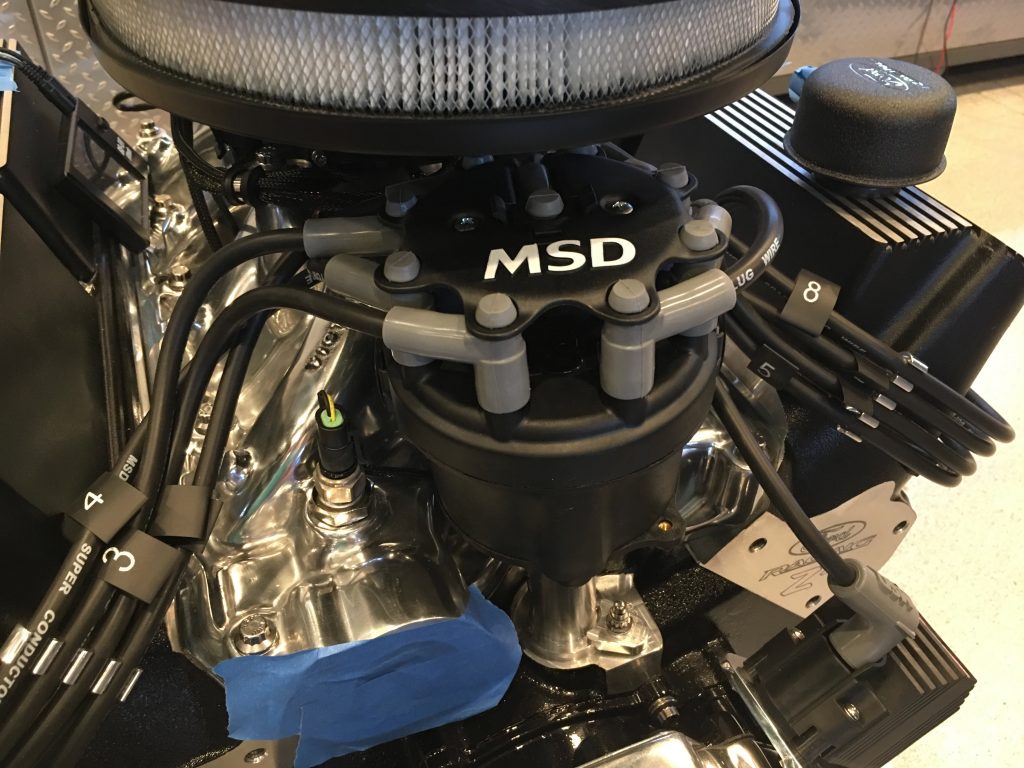