Well, I certainly wasn’t expecting to see this sight again for a long time! What happened you ask? Read on… 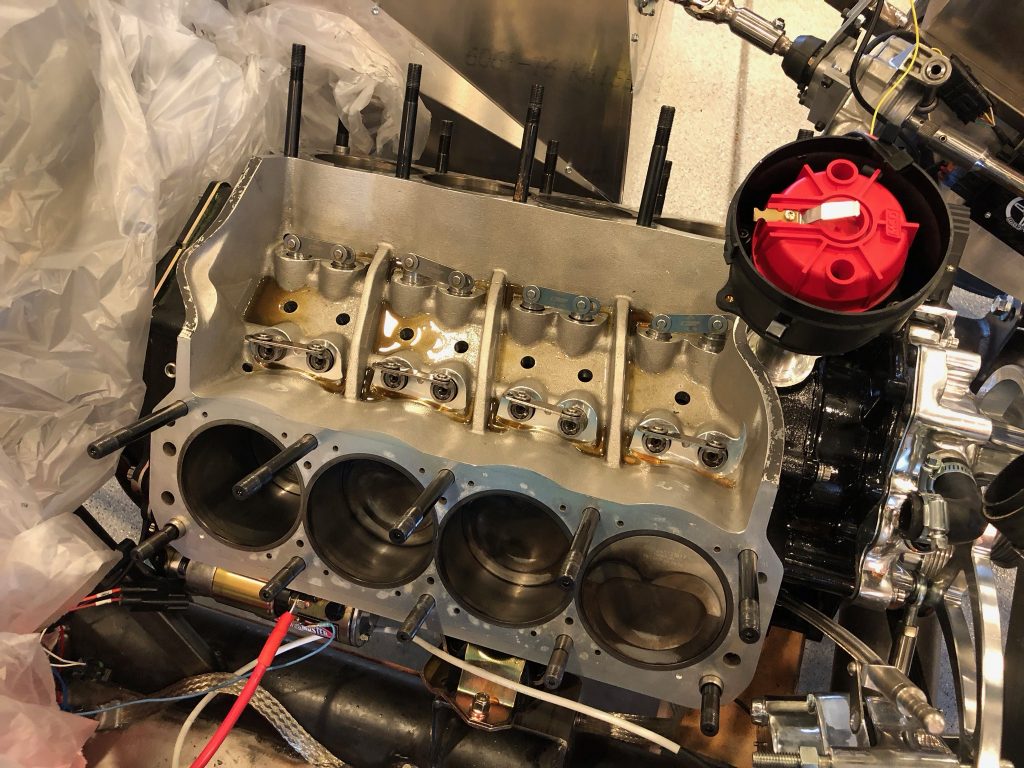 Here was one of the shots I took from the first run of the engine at the dyno shot. The owner of the shop encouraged us to run the engine without the air cleaner to really find out how much power it would make. If you look really close, you can see an extra nut on top of the shaft sticking out the top of the throttle body. That nut is installed to provide a backing surface for the upper half of the air cleaner (so the upper half is clamped between that nut and the outer wing nut). When the air cleaner is not installed, that nut is free to spin on the shaft. 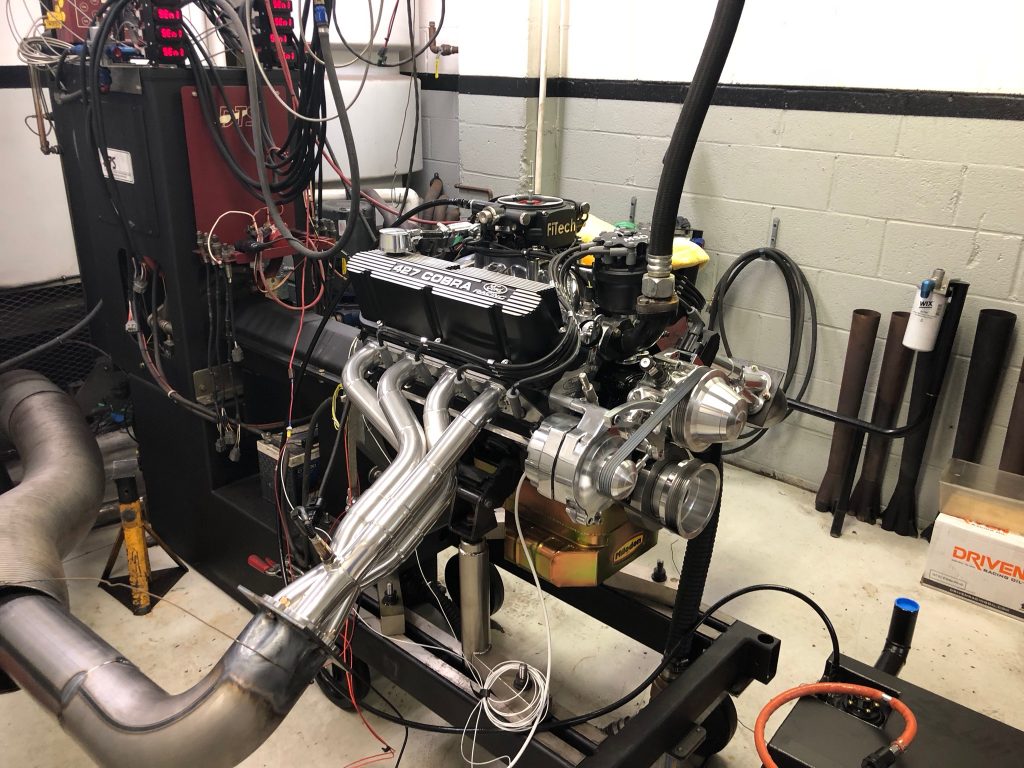 Here’s one of the first shots of the engine after it came off the dyno; notice anything missing? 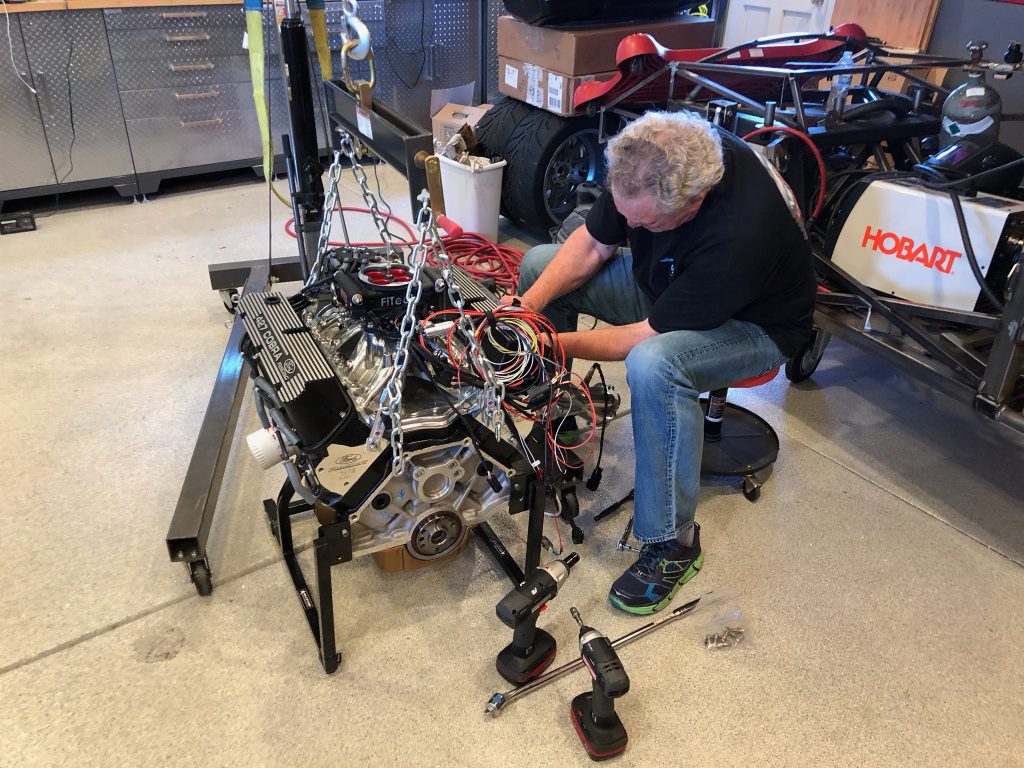 At some point during the dyno run, the vibration caused that nut to back off and get sucked into the engine. 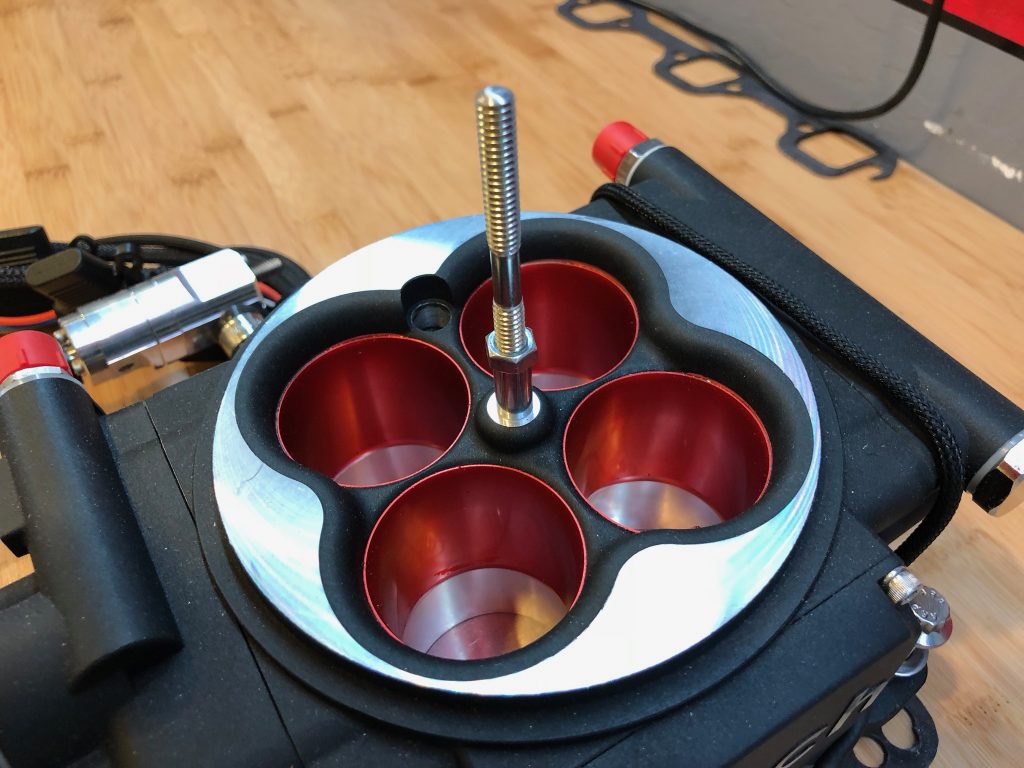 It appears to have spent most of the last moments of its short life bouncing around the inside of cylinder #6. It caused considerable damage to the top of the piston which is what prompted us to pull the heads. While diagnosing the rough running engine, I borescoped all of the cylinders and spotted the damage. Although the nut was long gone, I couldn’t tell that without pulling the heads. My dad stopped by today and we pulled both heads in about 1.5 hours. 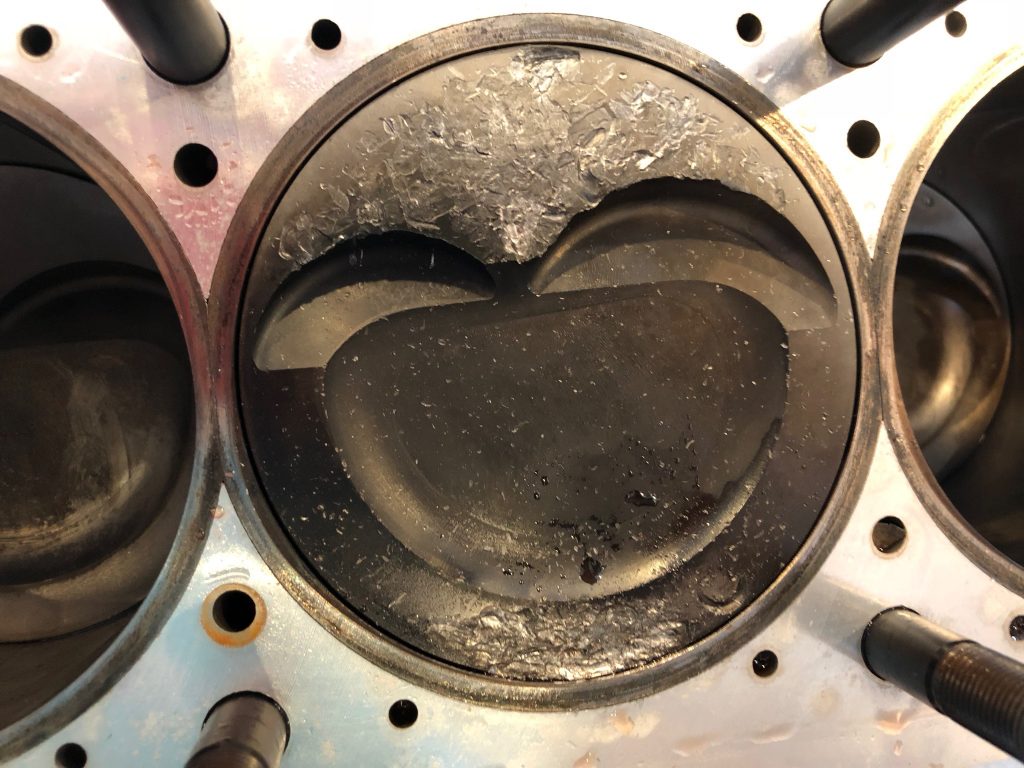 The underside of the head was pretty damaged as well. 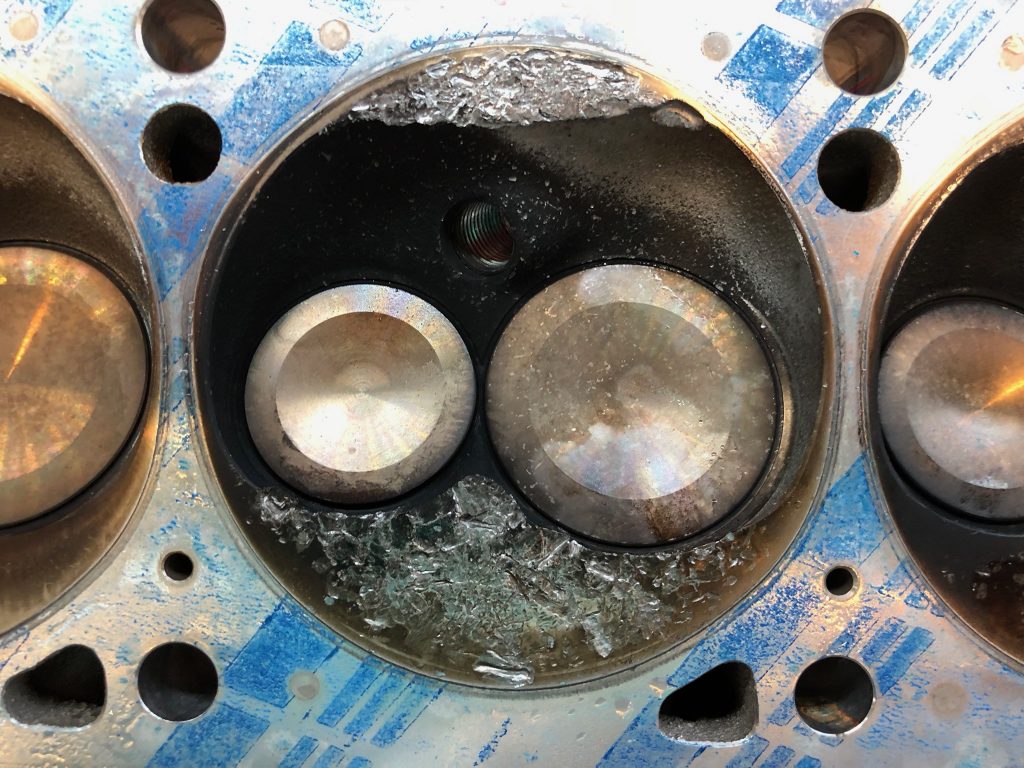 Interestingly, there was minor damage in most of the cylinders, though nowhere near as bad as #6. This is the second worst cylinder and the piston doesn’t look anywhere near this bad (probably because it is forged).

We’re going to get some opinions on this over the next week. It seems likely we’ll need to replace at least one piston and at least resurface one or both heads. 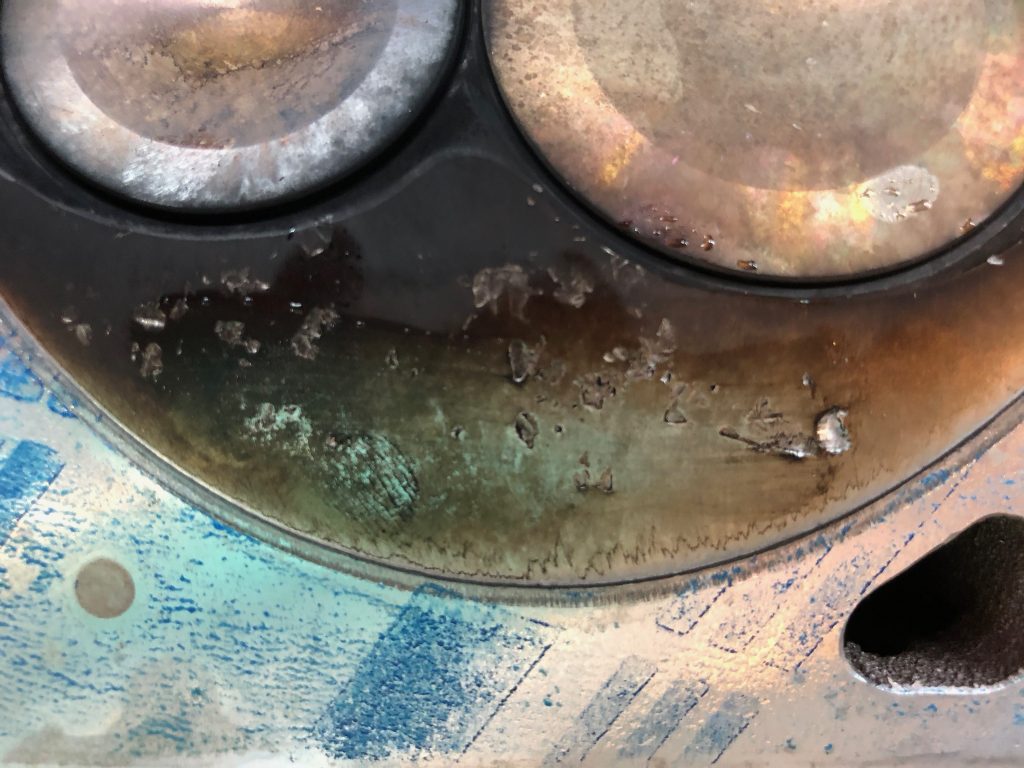