Jenn and I hooked up a number of the circuits connected to the battery and ignition terminal blocks. The rightmost wire in each terminal block is the feed line. The battery terminal block is wired to the starter terminal with a fairly heavy 10AWG wire with inline 30A fuse. The remaining terminals all have smaller inline fuses protecting the wires connecting them to each battery load.

The ignition terminal block is wired to the ignition output on the front load cell. There are still a couple of additional wires to connect to these terminal blocks, but this is enough to get the gauges working and engine running. 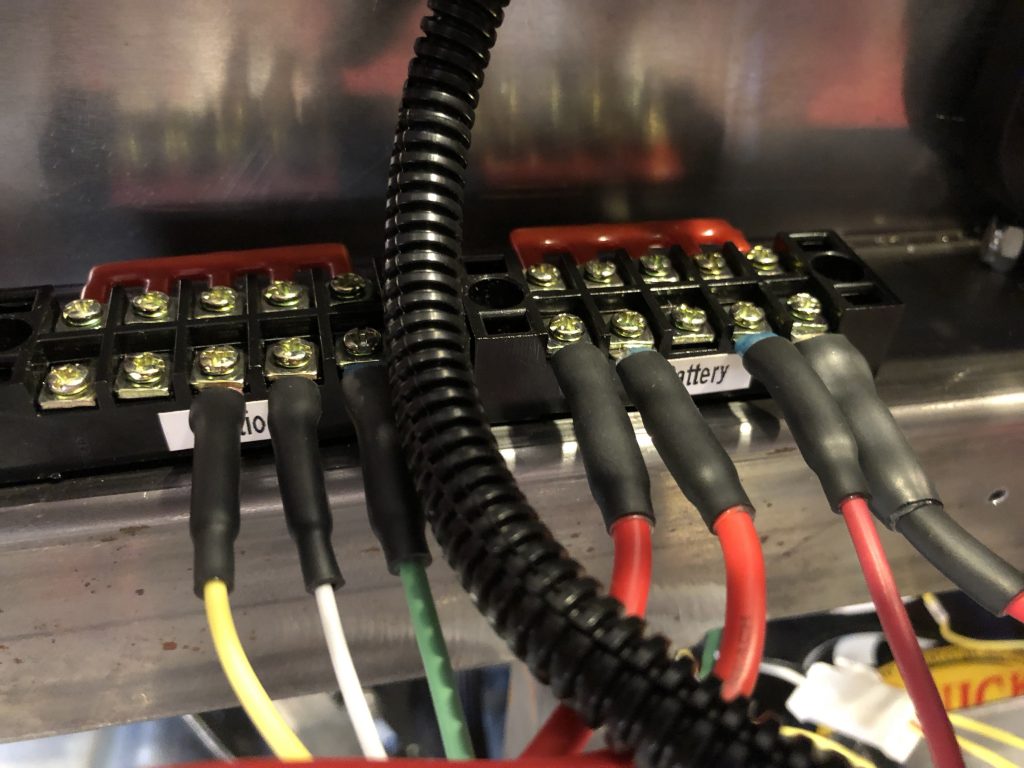 Jenn and I wrapped up the starter wiring with the 30A inline fuse. Normally, the battery feed would be connected directly to the battery to minimize voltage drop during engine cranking, but that is minimal with a 2/0 wire to the starter. I also installed a rivnut to secure the wires to the chassis near the bellhousing. 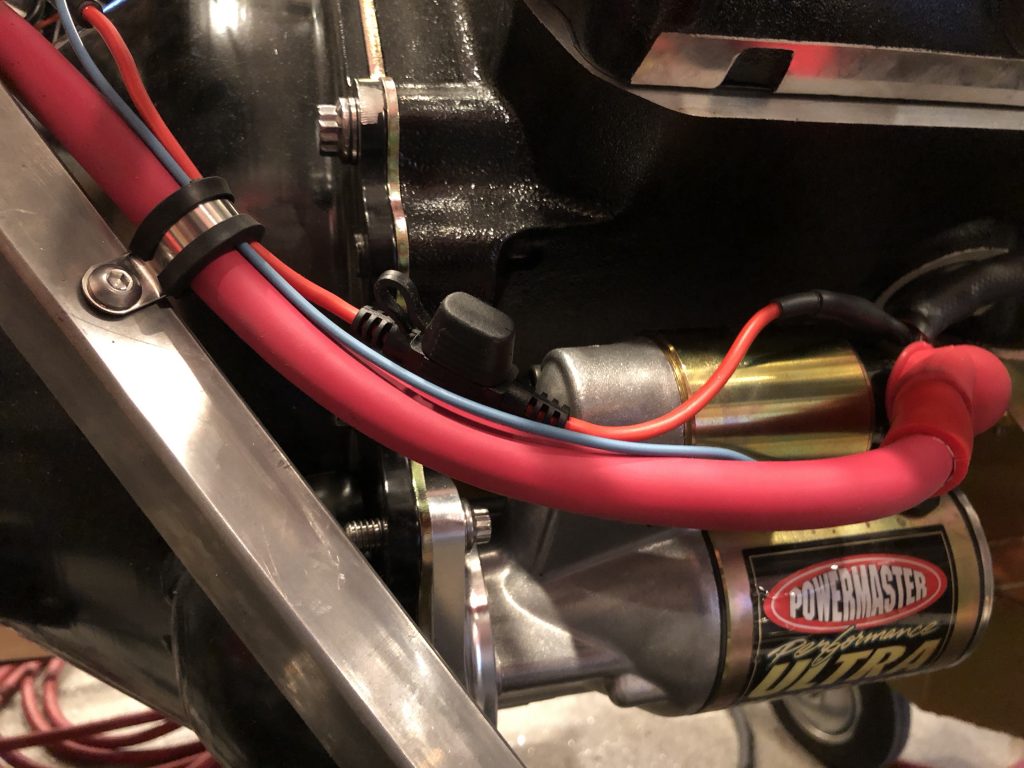 I installed fuel line armor on both the supply and return fuel lines. This is basically just a stainless steel spring that surrounds the tubing to protect against road debris. 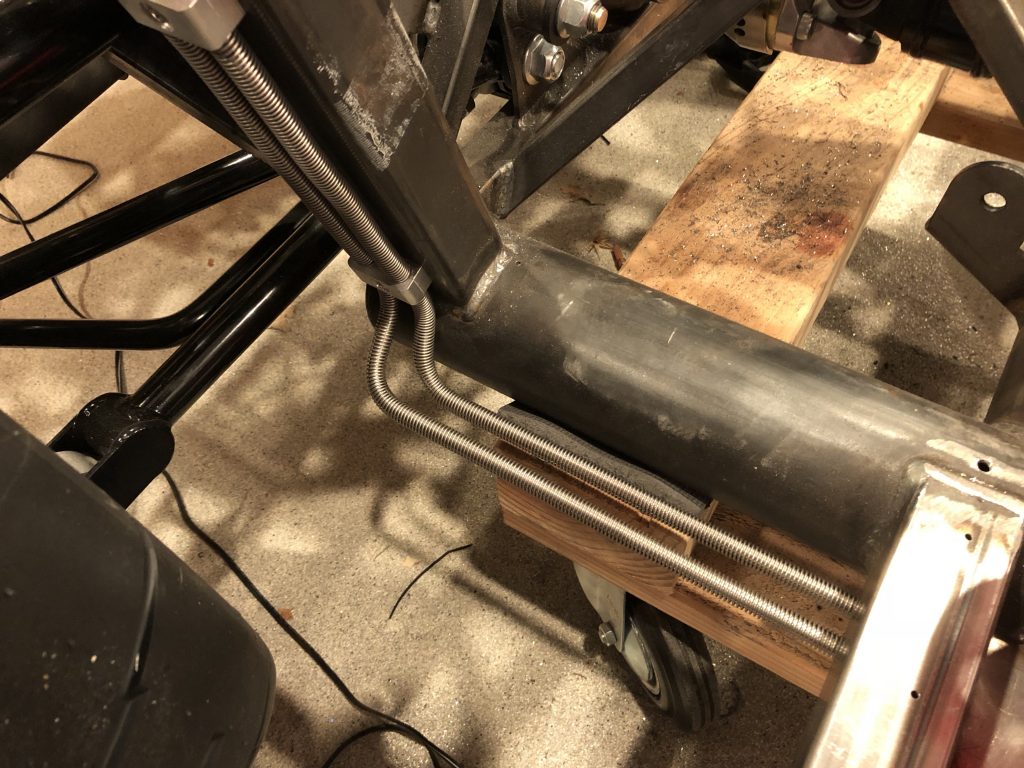 I also fabricated the forward fuel lines that come up through the hole in the floor. It looks like the line is touching the edge of the hole, but that’s just the armor. I may still relieve this a little more when the car comes apart for final assembly. 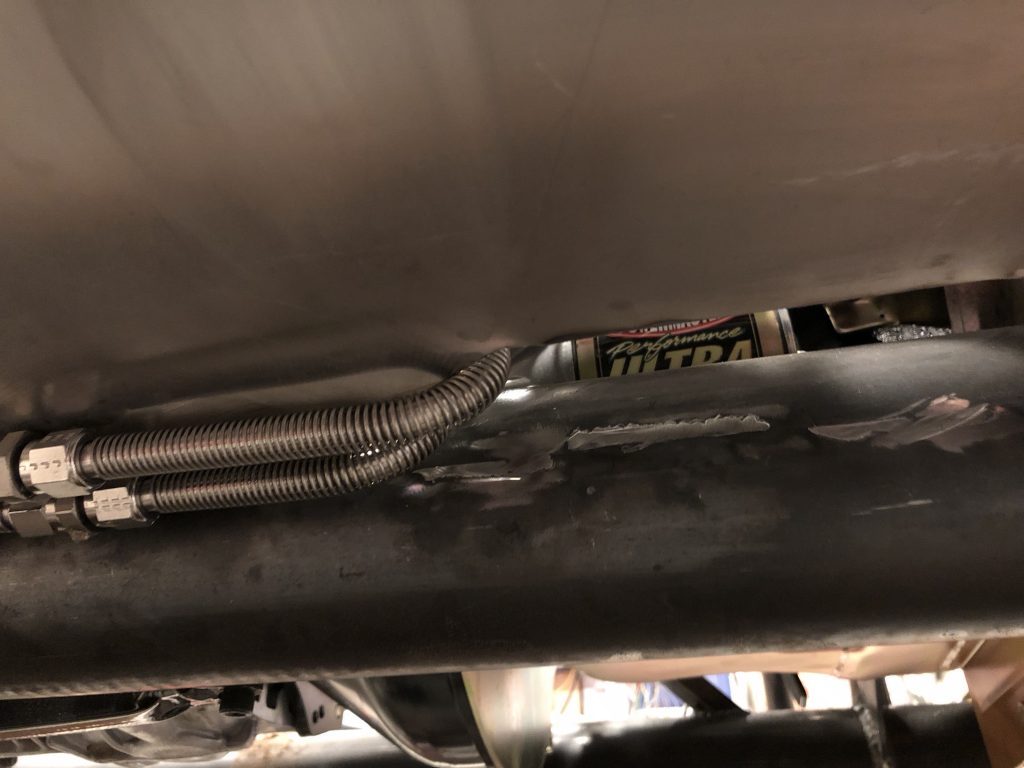 The lines come up just inside the passenger foot box. I then fabricated the final hoses that connect the fuel lines to the throttle body.

Before firing the engine again, I undid the two fuel fittings at the throttle body and connected them together. I run the fuel pump for a minute or so to flush any debris out of the lines. There shouldn’t have been much since I blew out all of the lines and hoses with compressed air, but I’d rather have any small particles end up back in the fuel tank (upstream of two fuel filters) rather than stuck in the throttle body.

After a final check, we restarted the engine for the first time in about four months. It looks like all of the systems are working well together. 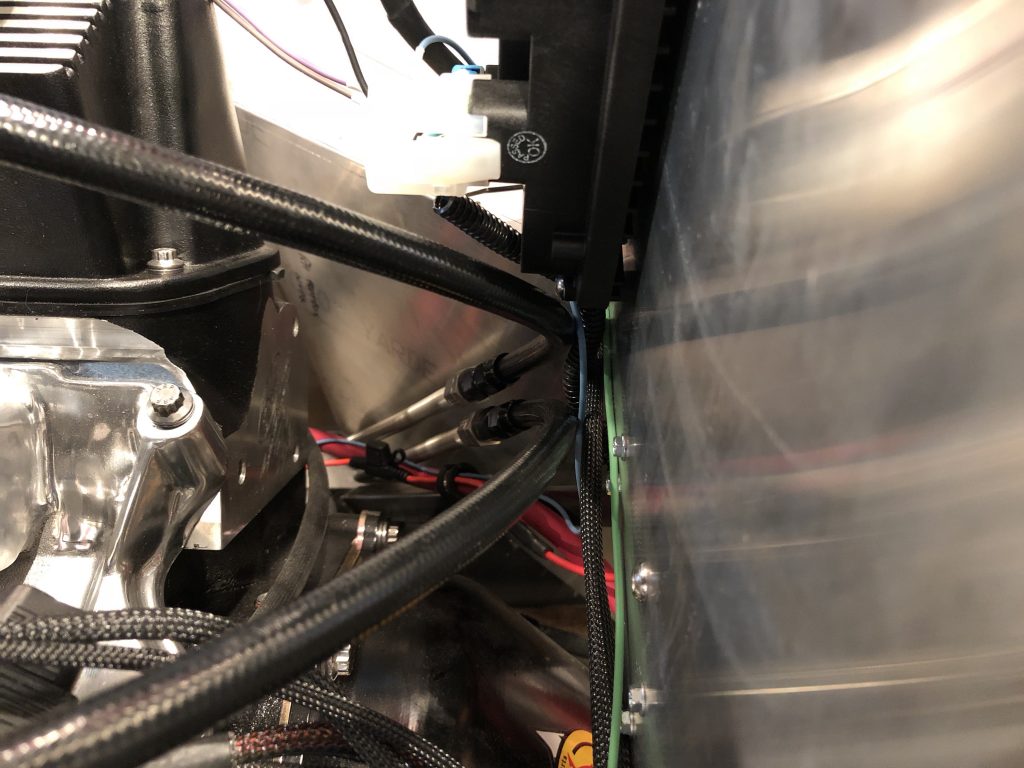