I finally received the differential vent fitting I’ve been waiting for. It’s a press in fitting (unlike the threaded fittings used on the solid axles). I used some high-temp thread locker and drove it in, then fit a vent riser with check valve at the top. I’ll use an adhesive zip-tie base to secure the top of this and keep it upright. 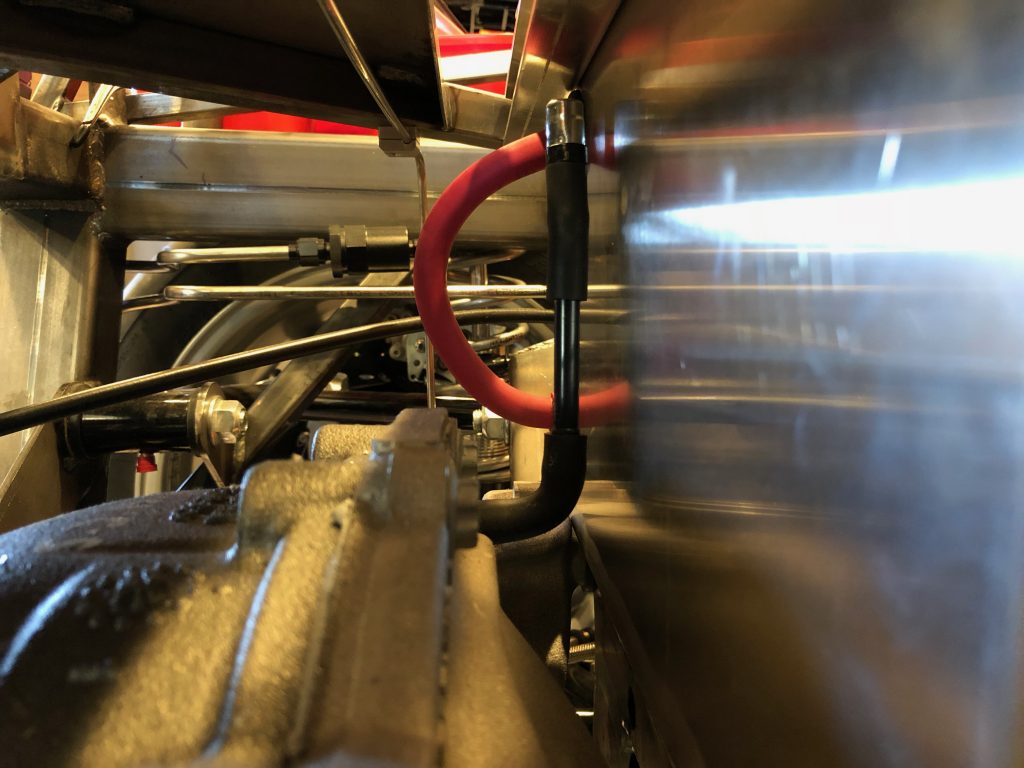 After installing the battery box, I reinstalled the battery (hopefully for the last time before the go-kart stage). 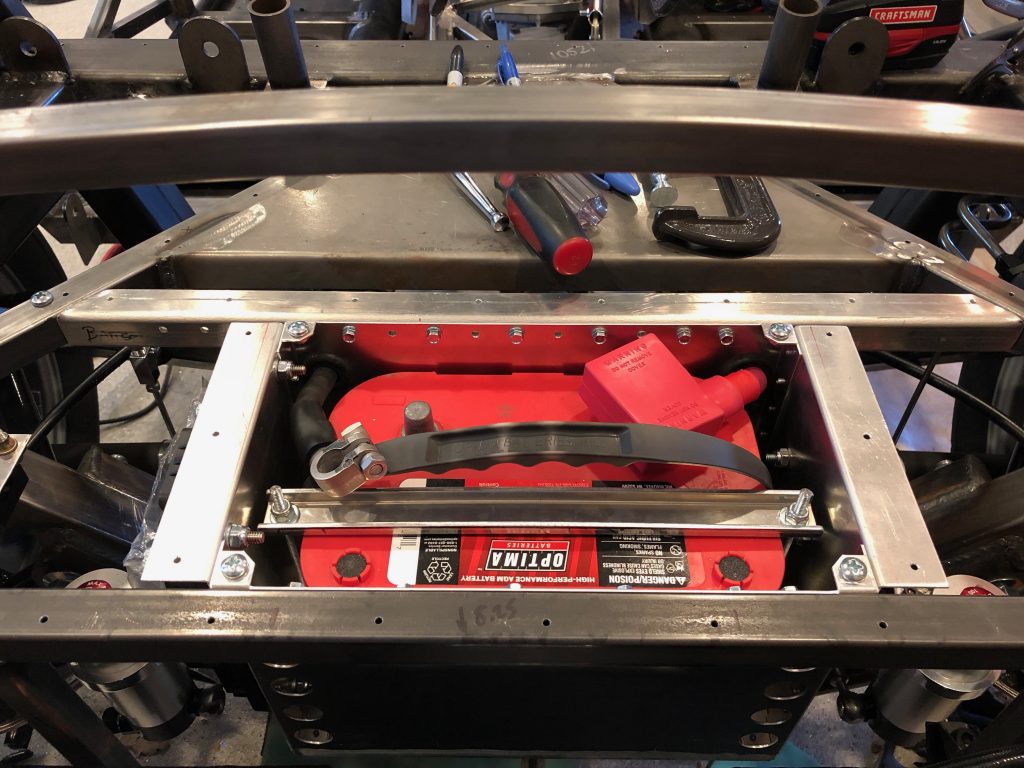 My dad and his friend Larry helped me lift the fuel tank and get the straps installed. 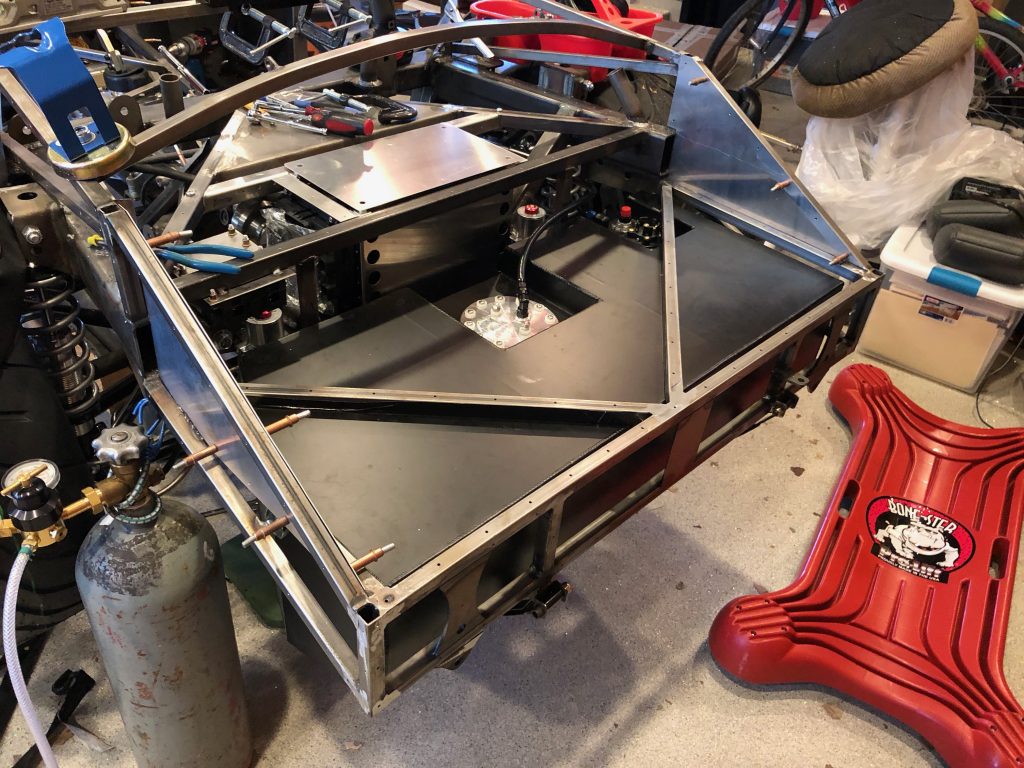 Jenn came out and we spent some time working on the electrical system. She crawled underneath the rear end so that she could hook up the power wire to the mega fuses. 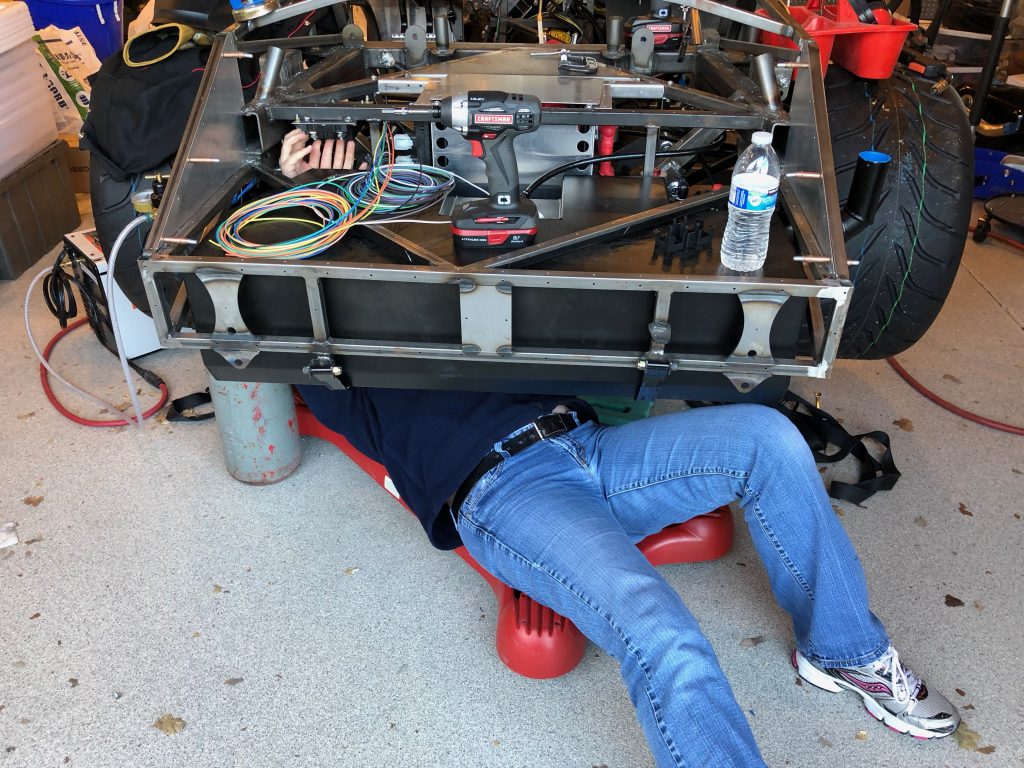 The power wire connects to the front of the buss bar (at the top of this picture). This is looking up from below. 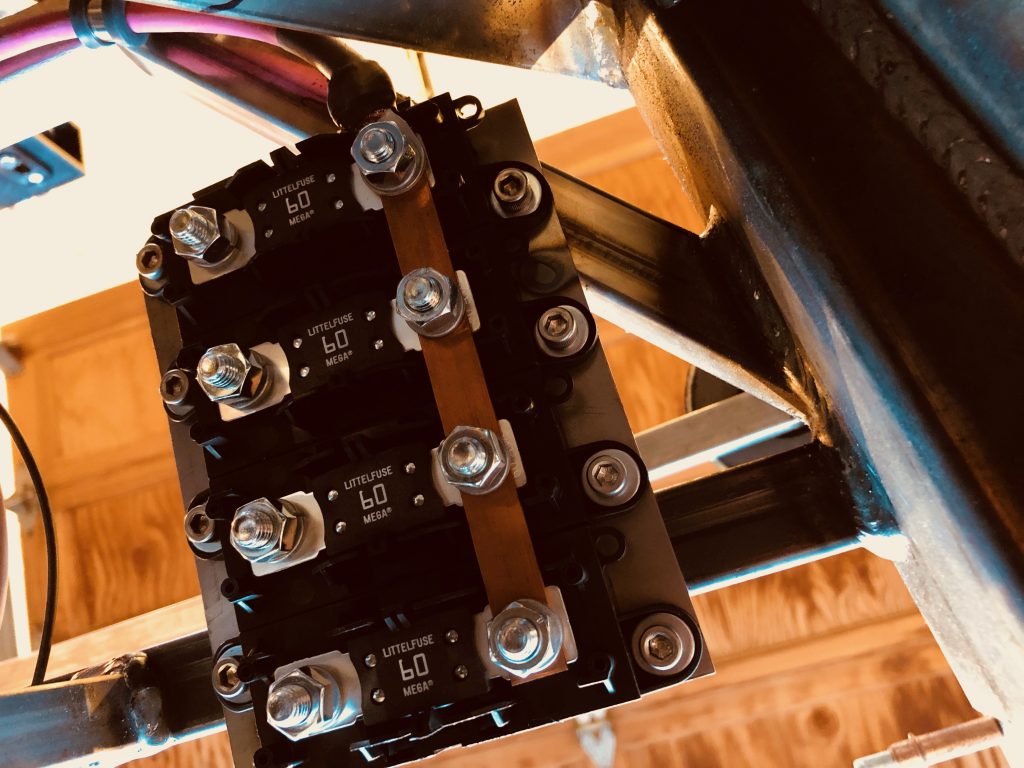 The wire is secured with an adel clamp just in front of the mega fuses and then follows the forward battery box support to the right side of the battery box. 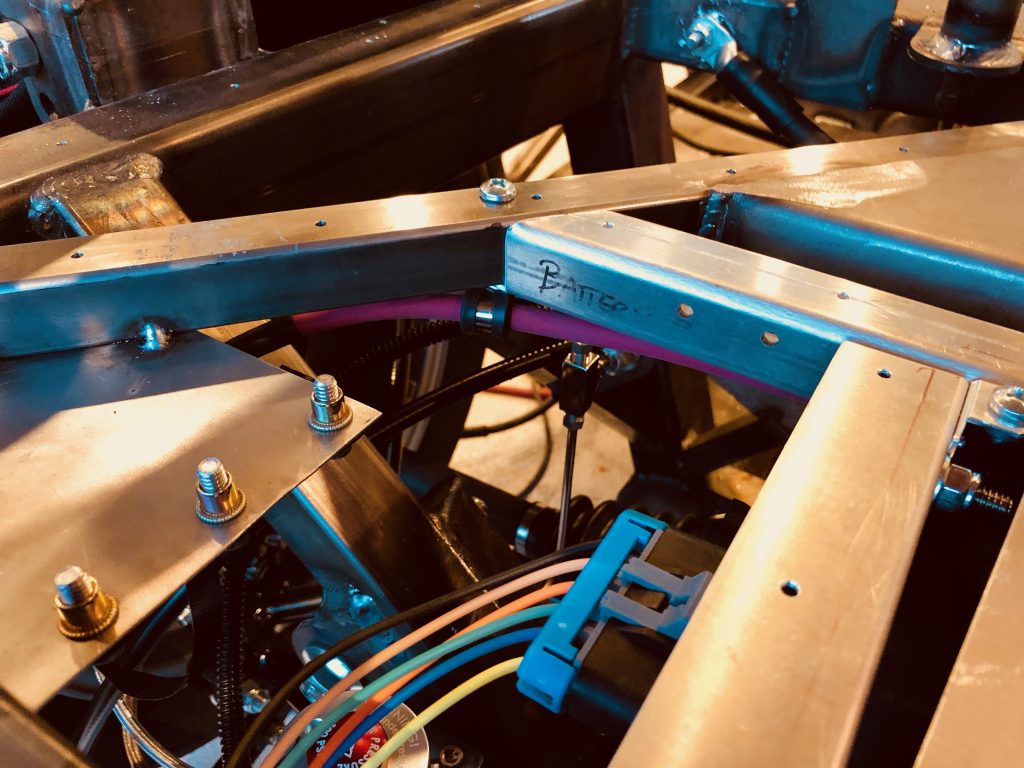 There, it drops down and hooks to the right side of the inRESERVE solenoid. 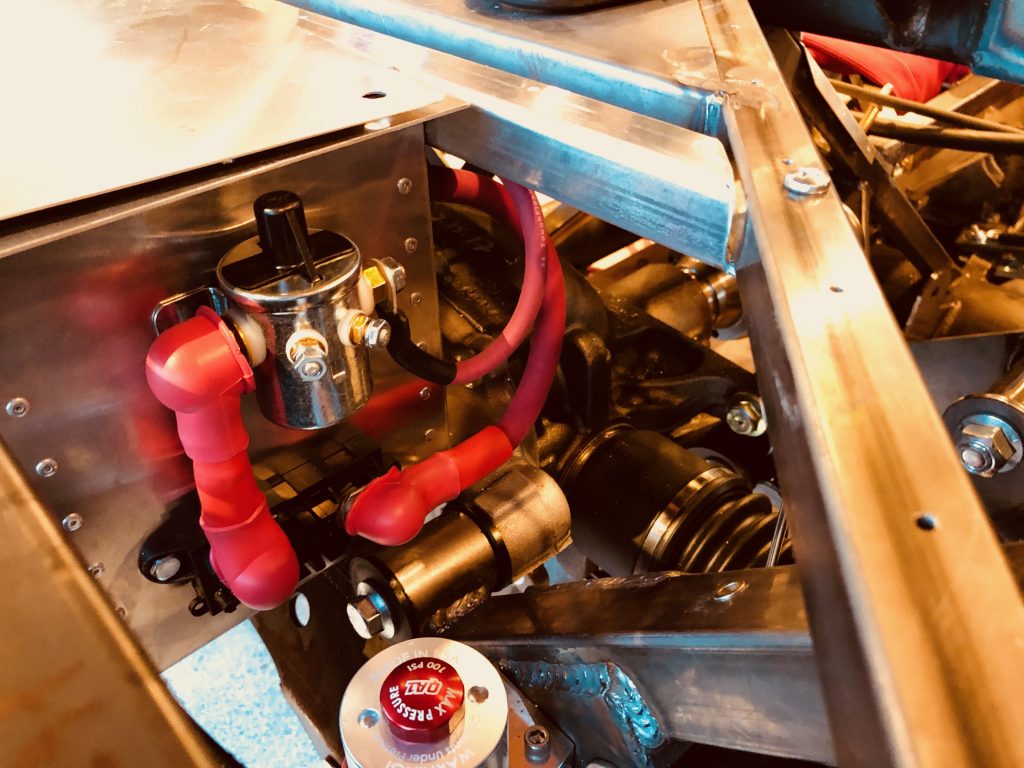 I installed the power wires in the rear load cell that will connect to the mega fuses. I left them a little long for right now until I have a better idea where all the wires will route in this area. 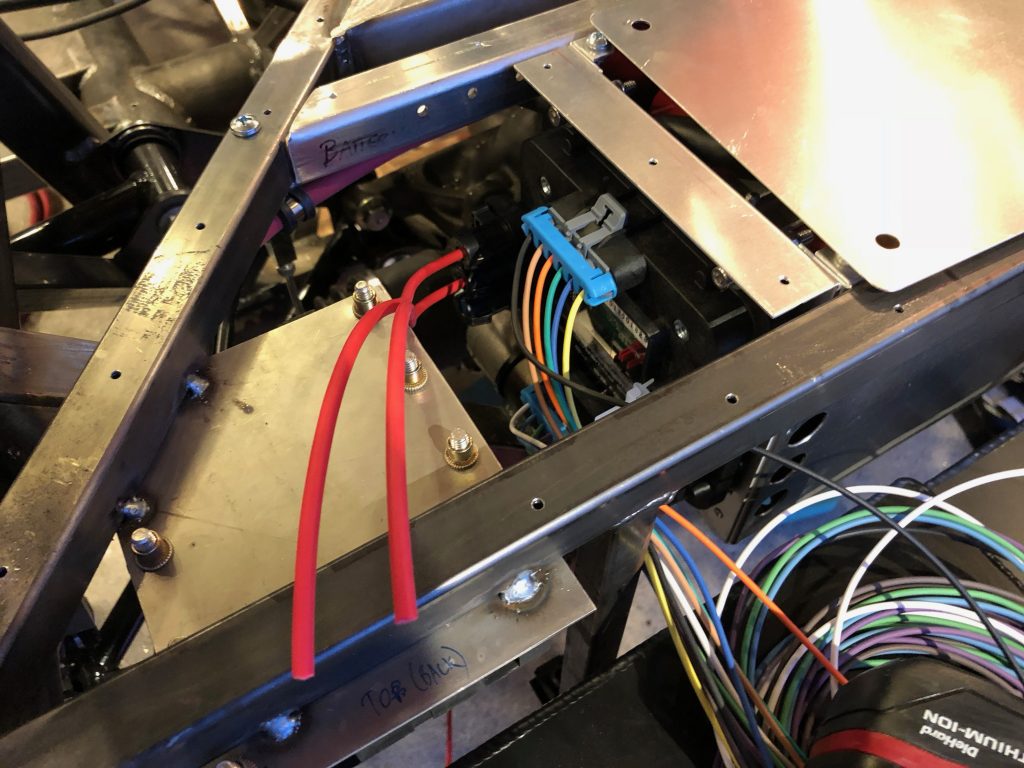 I also installed the power wires in the front load cell and snaked them down through the transmission tunnel. 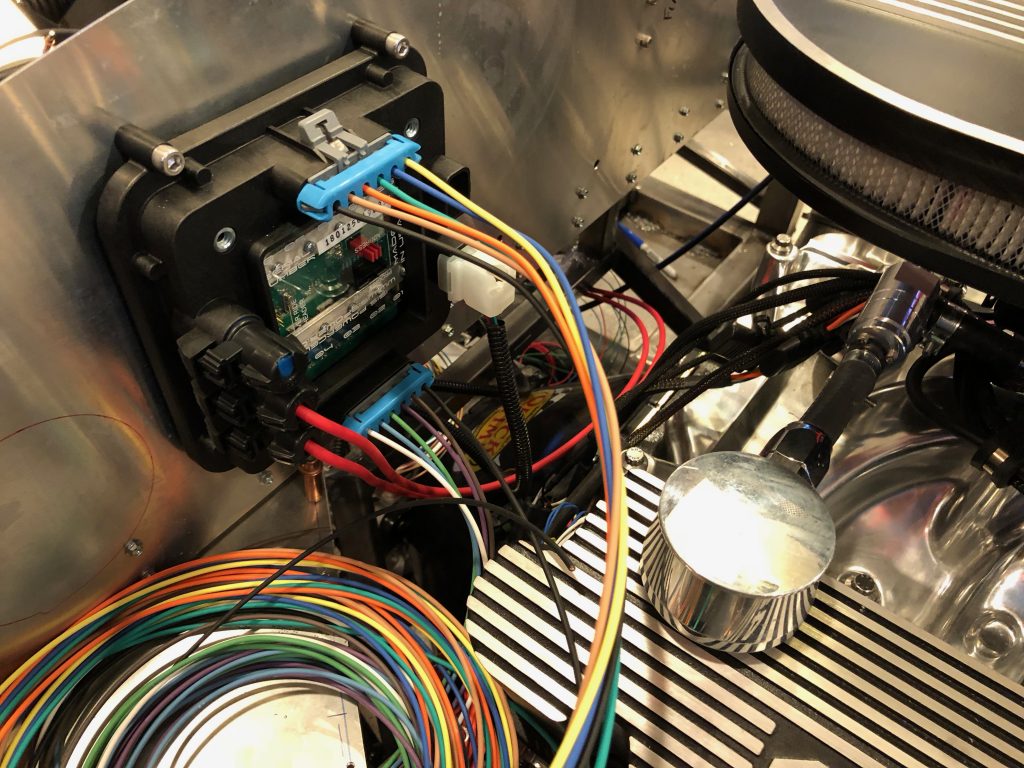 The run along the upper left side of the transmission tunnel… 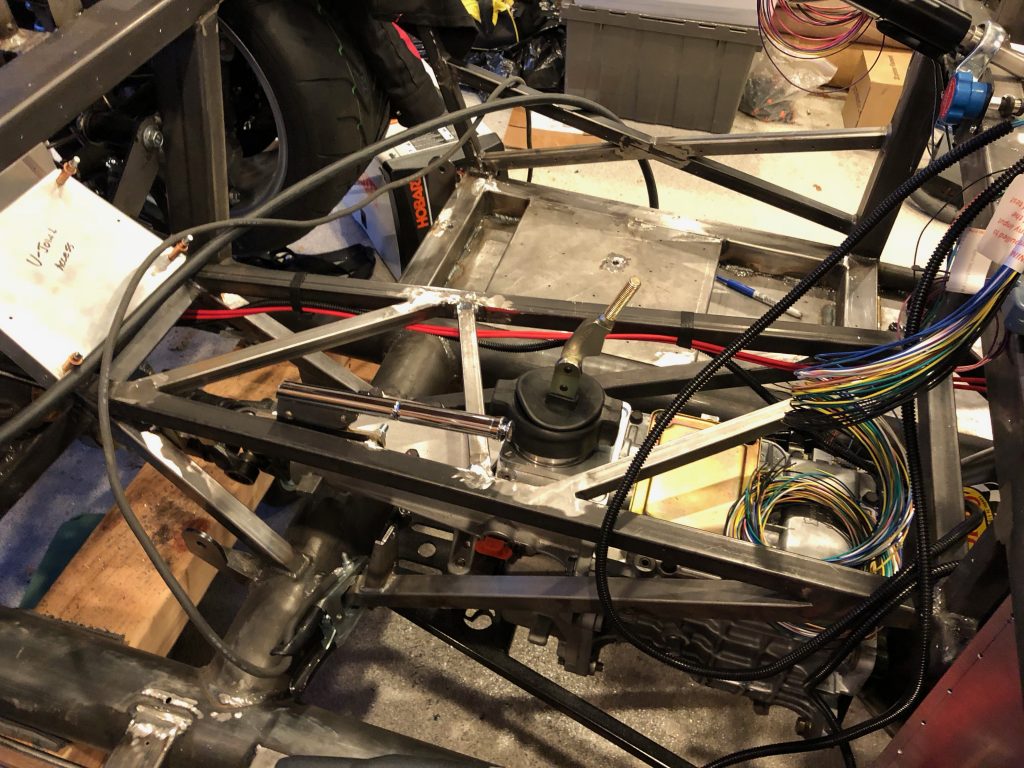 …where they follow the left parking brake cable back to the mega fuses. These are also left long for now. 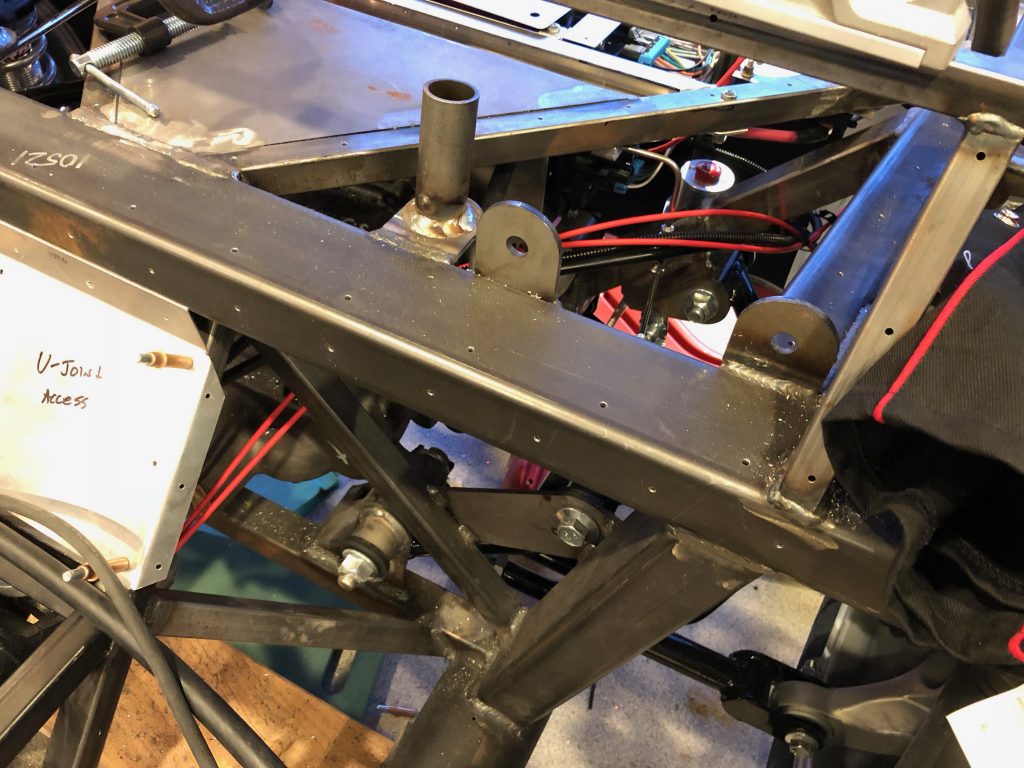 Jenn then installed the inDASH MAX box on the aft side of the firewall. 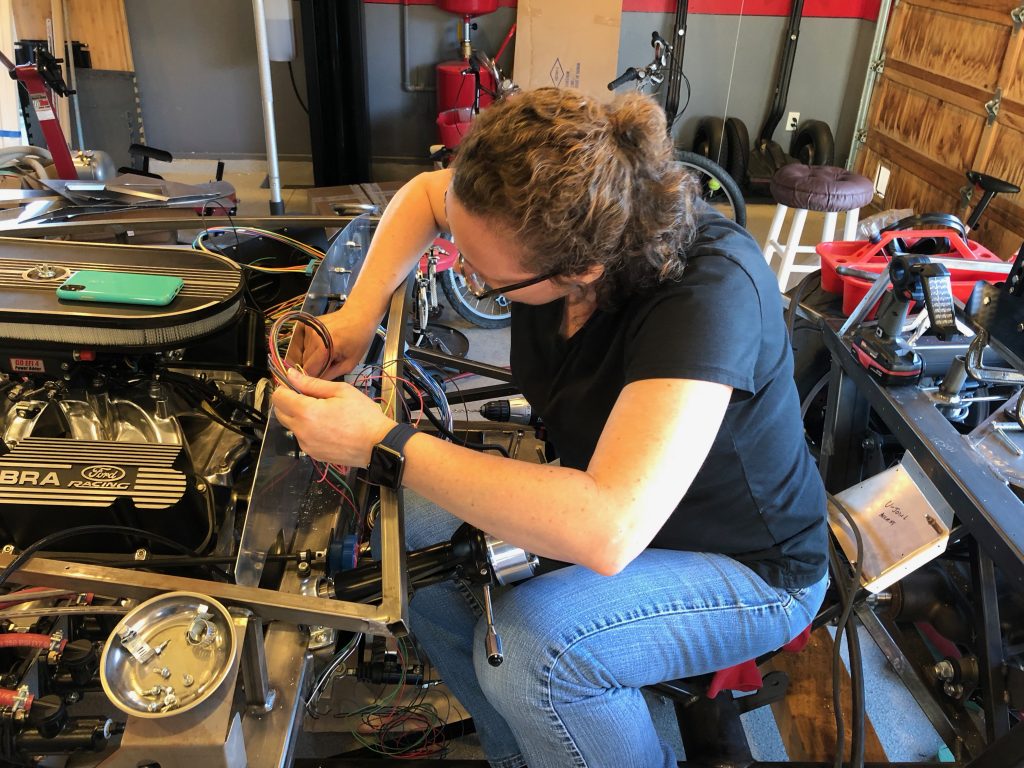 It’s installed just to the left of the mastercell. 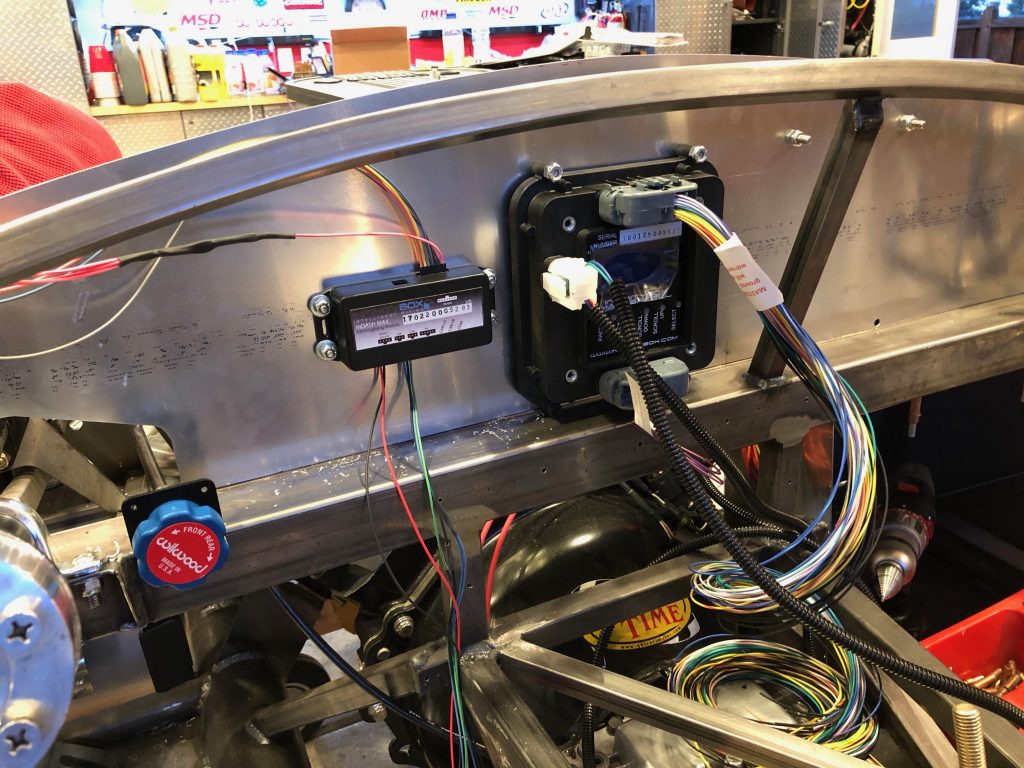