I ordered the March Performance 30380 pulley and bracket kit along with a 140A polished alternator. I probably don’t need anywhere near 140A of power, but the cost delta between the 100A and the 140A was small. These are really nicely machined pieces and everything except the alternator has been powder coated with clear. They don’t match exactly, but they all look good together. 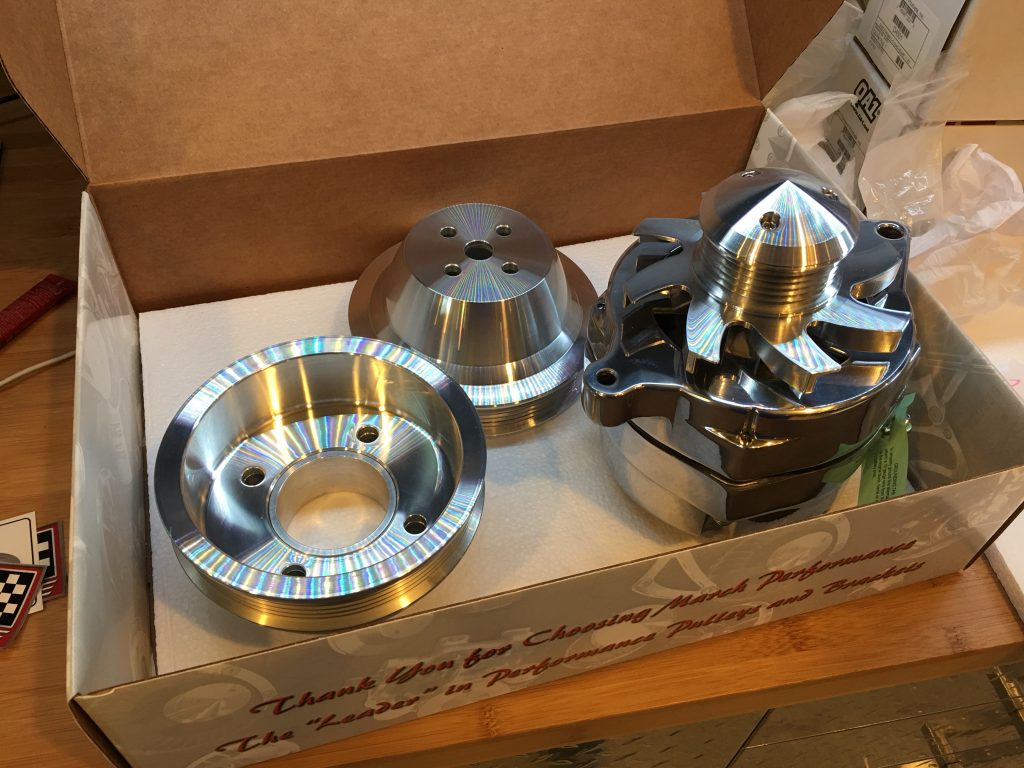 The combination of the water pump we’re using and the Ford harmonic balancer necessitated a 0.875″ spacer between the harmonic balancer and crankshaft pulley. I made this determination without any of the parts on hand and happily it was exactly right. I bought a couple of hardware store bolts to attach this for now, but I have some 2″ ARP 3/8-16 12pt stainless hardware on the way. 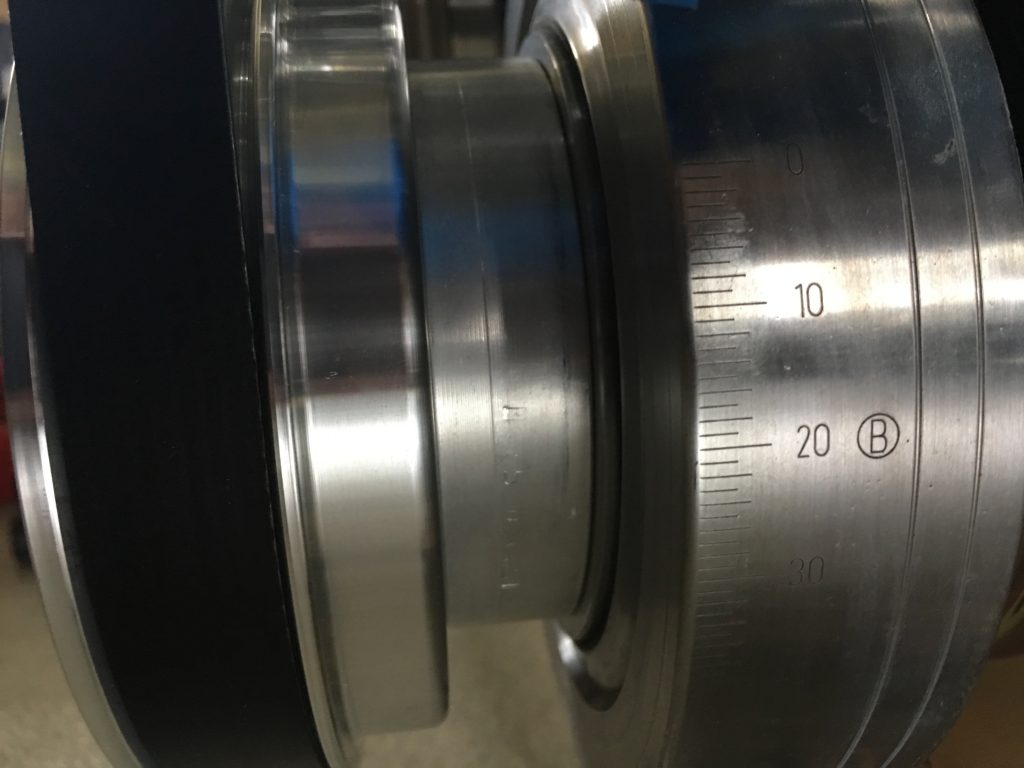 When I first tried to mount the alternator, the output stud contacted the side of the cylinder head. 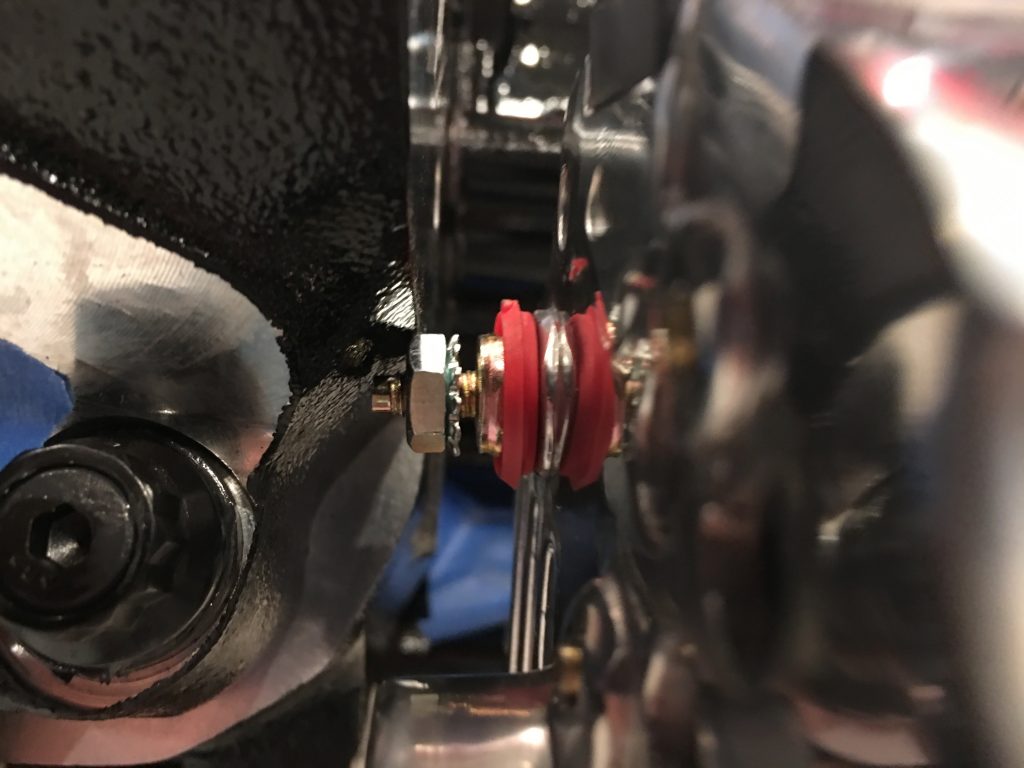 Fortunately, Tuff Stuff alternators can easily be reclocked. I removed the four bolts holding the case halves together and rotated the front case 180º and reassembled it. 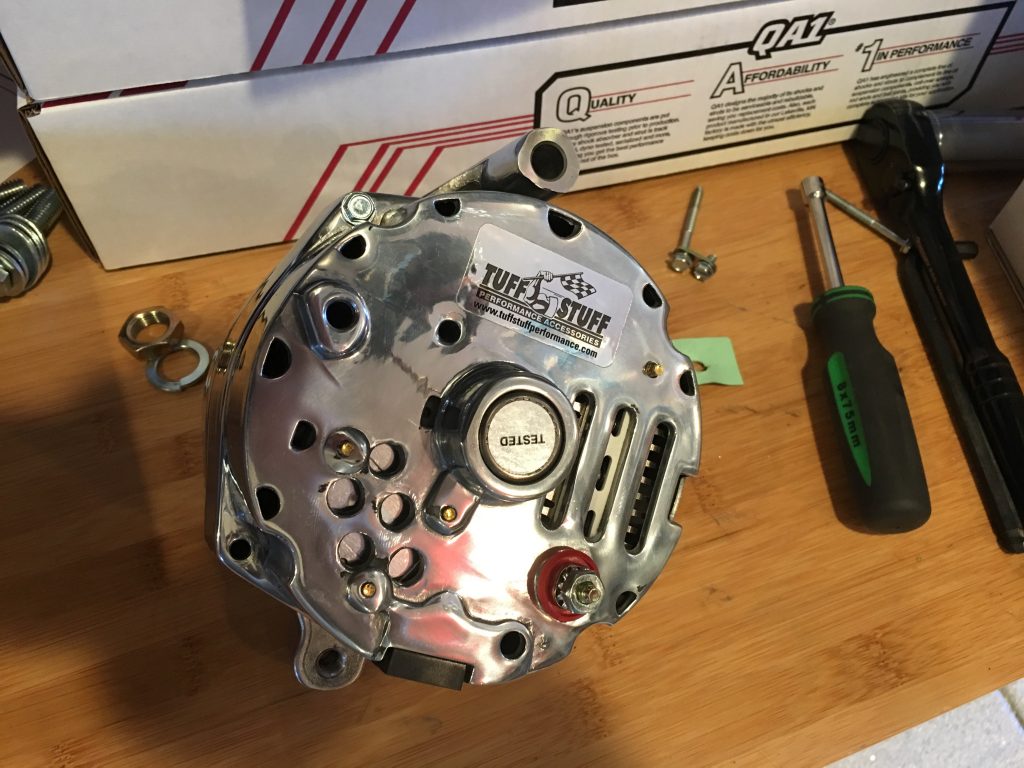 Now the output stud has plenty of clearance. I’ll see if this puts it in an optimum location as the build progresses. I can always reclock it if another location makes more sense. 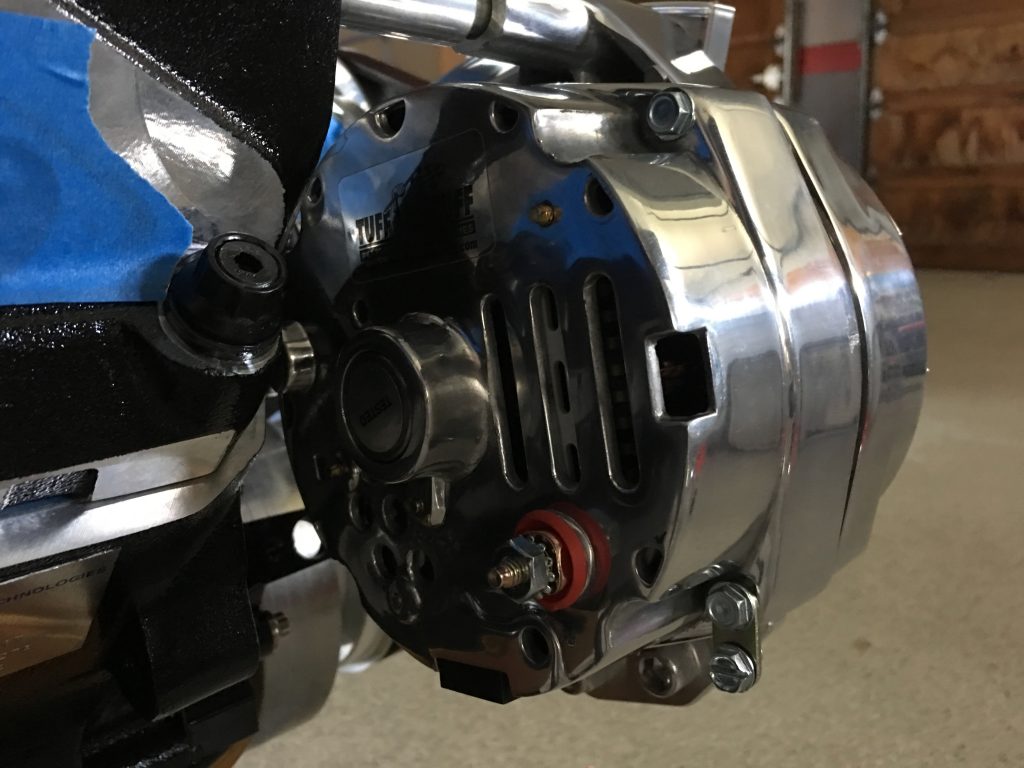 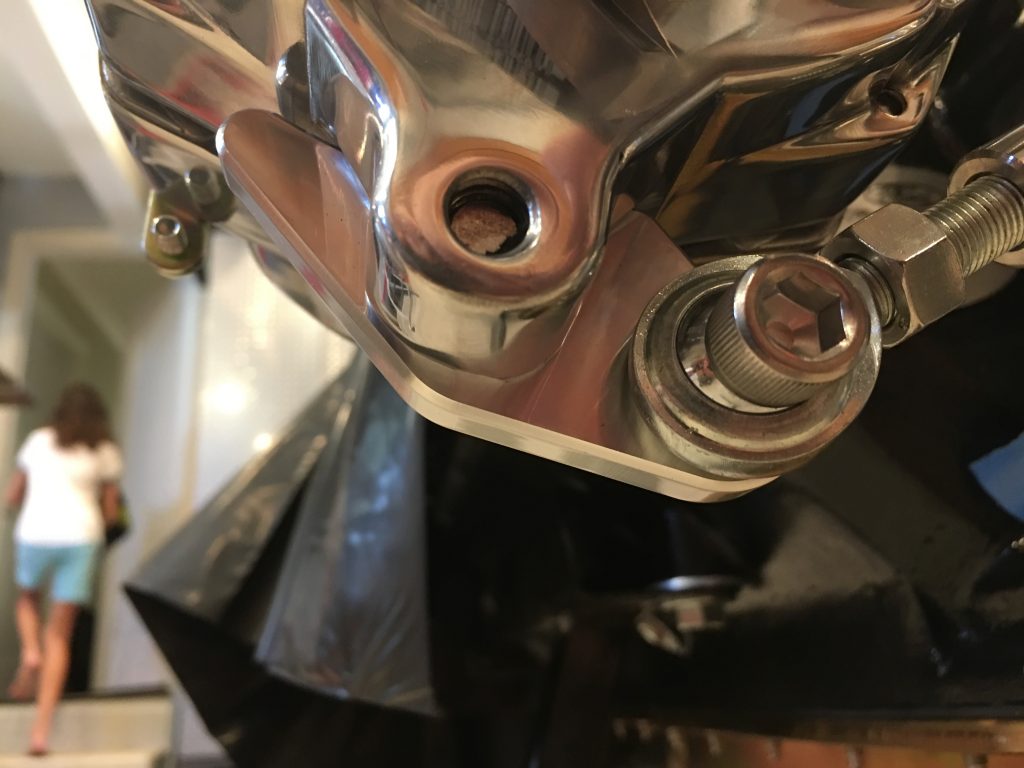 The spacer that March Performance ships is too short. I have a longer one on the way. 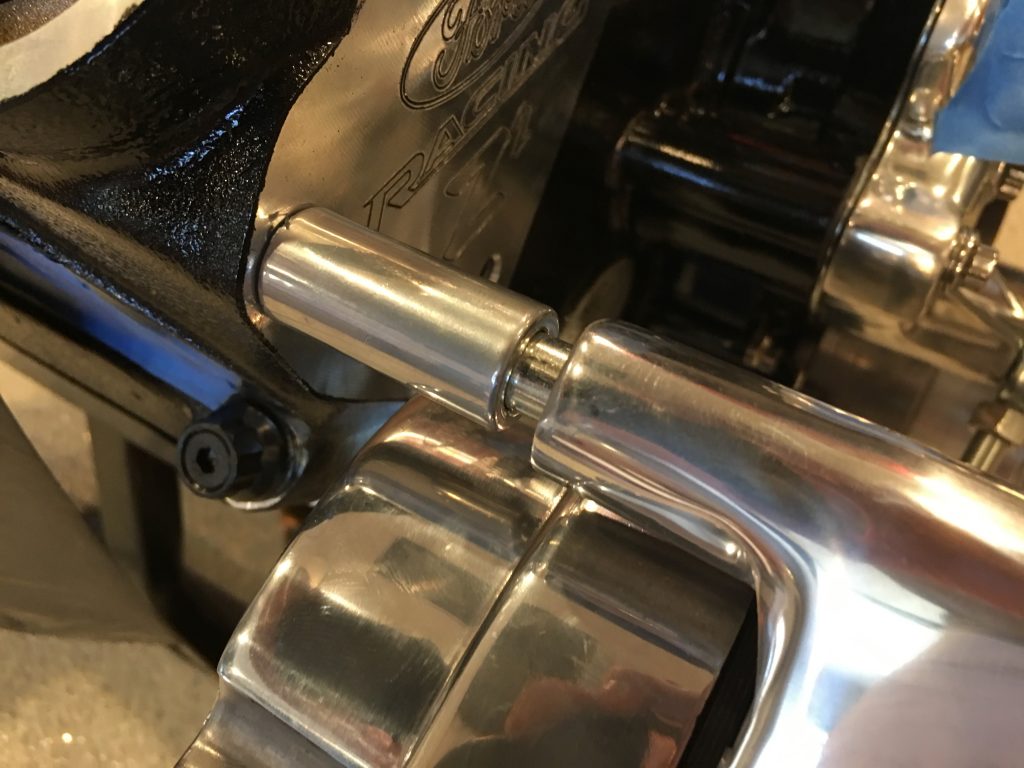 To ensure everything is lined up correctly, I installed the belt and tightened the tensioner a bit. It looks like it’s basically perfect. I really like this mid-mount position for the alternator (as opposed to the top-mount which has the alternator sitting on top of the pivot bolt instead of hanging below it). This leaves the water neck completely unobstructed and is totally out of the way of the timing chain cover mounted oil dipstick. It also leaves the ends of the cylinder heads exposed. Since we went to the trouble of painting the engravings, I really wanted these to be visible. 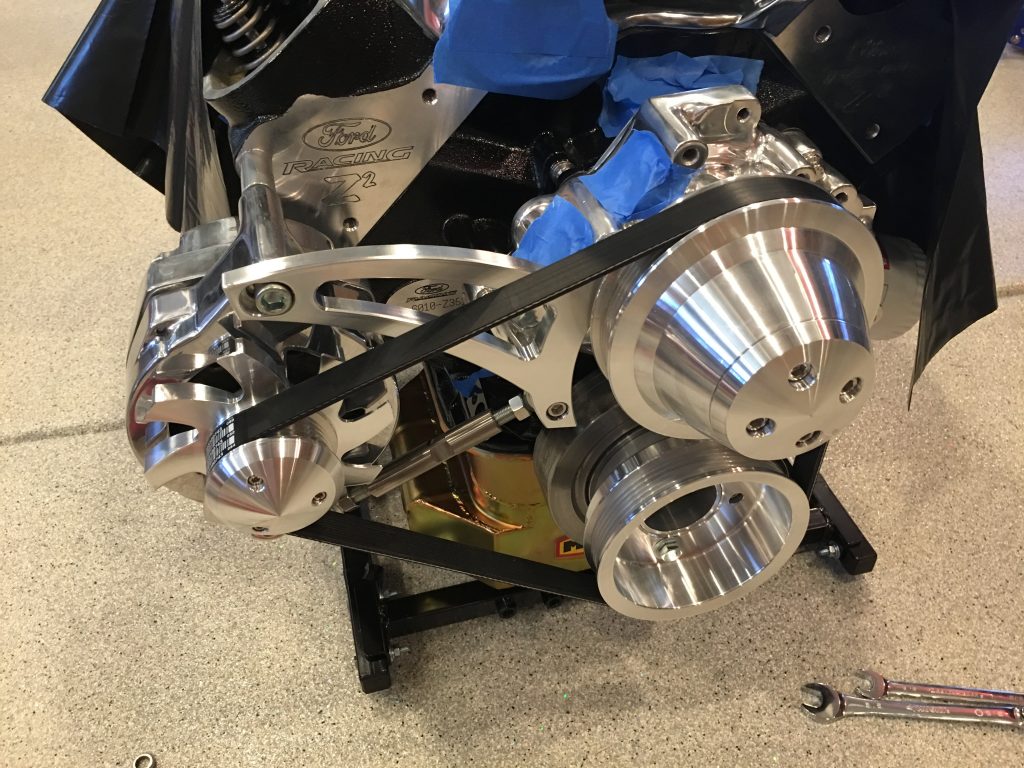 As you can see, there is a straight shot down to the hold in the timing chain cover for the oil dipstick tube. 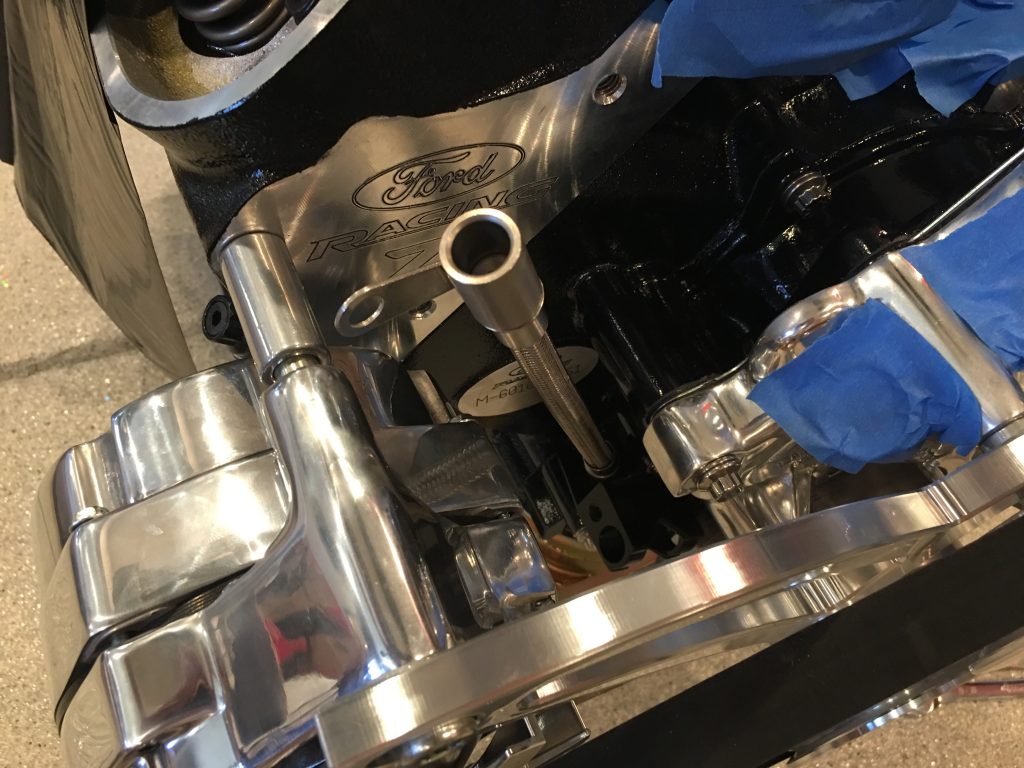 It looks like a really convenient mounting spot for the upper end of the dipstick tube is the pivot bolt for the alternator. I’ll confirm with Jenn, but these doesn’t block anything else and leaves the tube about as close to straight as you can get it. I’ll install this with some RTV on the bottom once Jenn’s back in town. 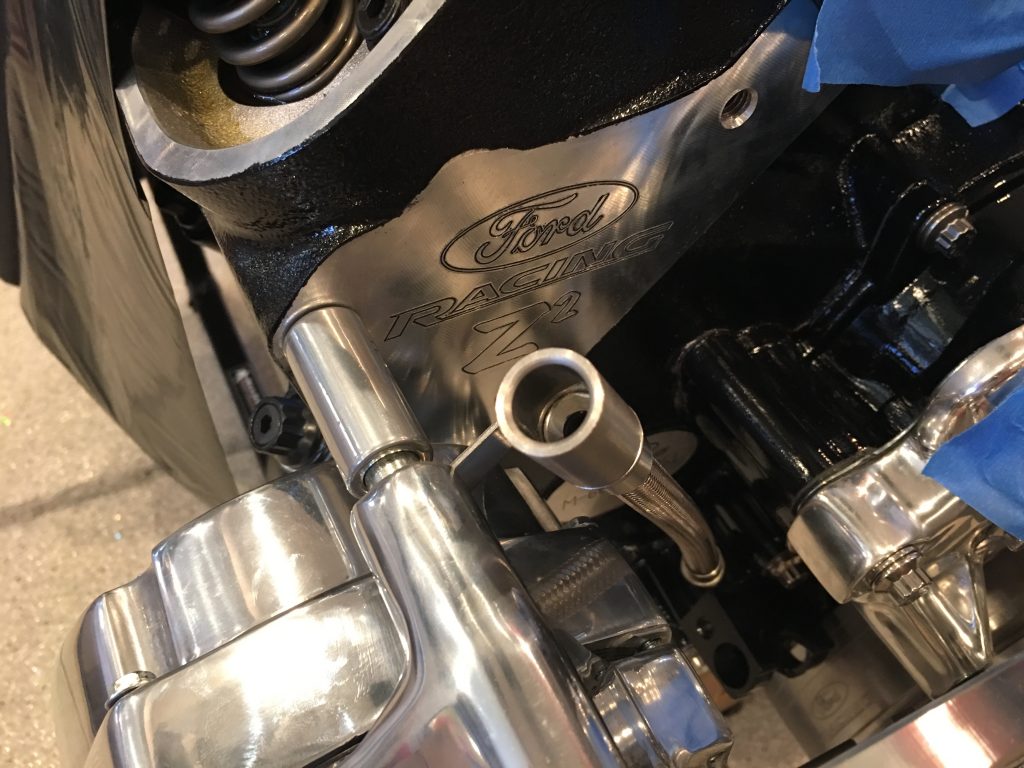