I’m out of places to store parts; especially large, fragile parts like all of the aluminum panels. After staring at the lift for a few minutes, I decided to hang a shelf underneath it. I used a 4’x4′ piece of plywood and some cord around the lifting arms and fashioned an adjustable shelf and loaded all of the aluminum. It will be a bit of a pain to scrounge around looking for specific pieces, but it will have to do. There is even plenty of room underneath to store the chassis when we’re not working on it.

Work on the car won’t officially start until after June since Jenn’s job is keeping her swamped until then and she doesn’t want to miss any part of the build. I’ll be spending the time between now and then getting the engine ready for assembly.

After inventorying the final parts last night, I spent some time tonight putting together an email with all of the missing, incorrect and damaged parts. Here’s the list I came up with:

I’m also going to try and return the wiring harness and heater/defroster as I’m going to go a different direction with those. 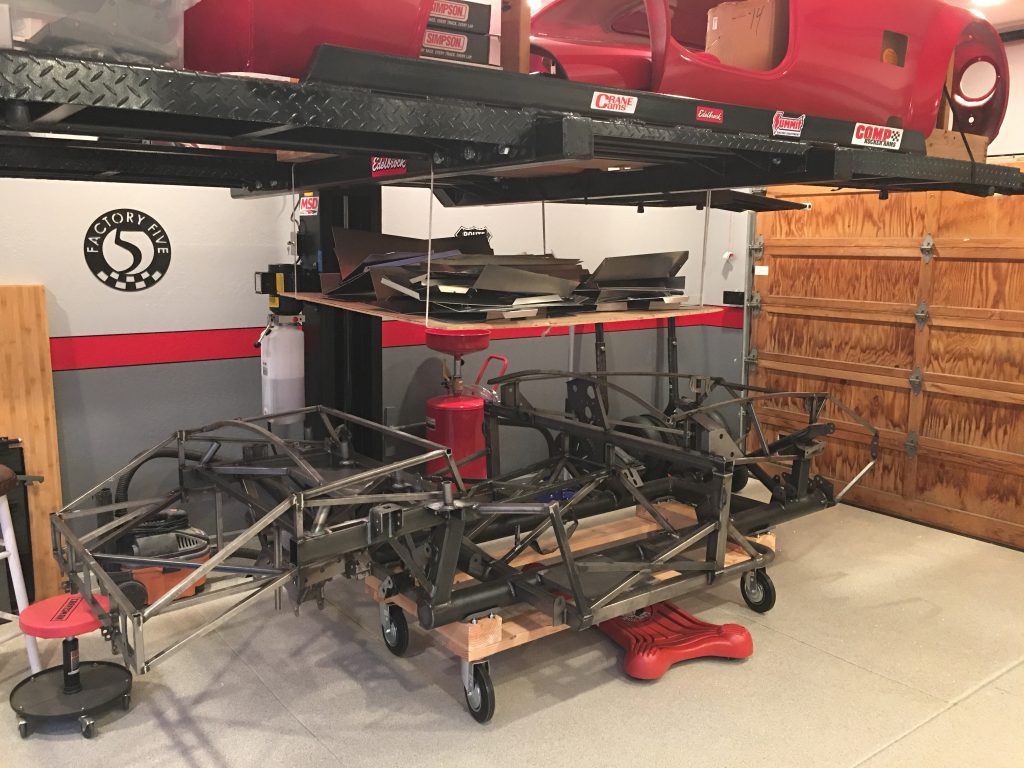